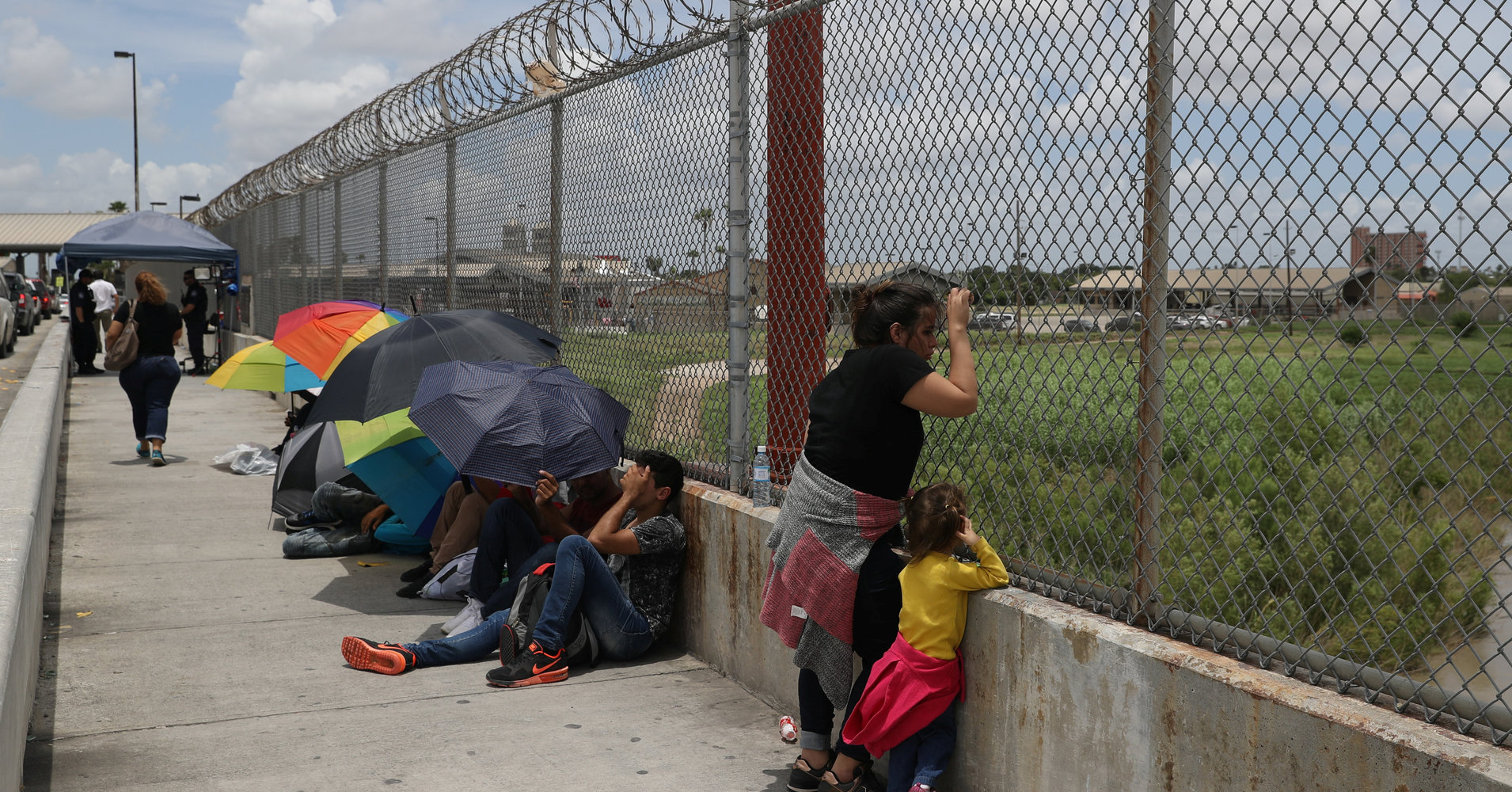 More victims of domestic abuse and gang violence seeking safety in the U.S. could be turned away thanks to a Trump administration policy now formally in effect at the border ― including parents separated from their children.

U.S. Citizenship and Immigration Services on Wednesday sent a long and dense policy memo to its field officers, following up on an interim guidance. It outlined how to apply Attorney General Jeff Sessions’ controversial June decision, which suggests judges and asylum officers should “generally” deny asylum claims involving domestic or gang violence.

Immigration attorneys said they have already seen a shift. Most of the mothers detained in the Port Isabel Detention Center after being split from their children are being denied asylum, said Carlos Garcia, an immigration attorney who has clients in the facility near Los Fresnos, Texas.

“It seems like the denials are just so much more now,” he said. “Before I thought they had a fighting chance, and now it just seems like most of them are meeting the same fate.”

Sessions’ decision narrows the grounds for asylum and is the latest move in a series of actions by the Trump administration to deter, deport and turn away more migrants. In part, the decision states that victims of crime by private actors ― including gangs or domestic partners ― generally shouldn’t be eligible for asylum based on their victimhood. It also stated that applicants must show their government did not just fail to help them but that their government “condoned” the actions or “demonstrated an inability to protect the victims.” Sessions instructed immigration judges and asylum officers to consider whether applicants could live somewhere else in their home country instead before granting relief to stay in the U.S.

The policy memo on Wednesday instructed asylum officers who assess which cases should go before an immigration judge to “be alert that … few gang-based or domestic-violence claims” will merit a grant of asylum. It also suggests that officers can consider whether a person entered the U.S. illegally and that it could “weigh against” their asylum claim, citing a 1987 Board of Immigration Appeals decision.

The screening for credible fear is supposed to be a lower bar than for asylum,  said Anwen Hughes, deputy legal director at Human Rights First, a nonprofit. It’s meant to act as a net to catch all people who are potentially eligible, she said.

“Our concern is that this is going to result in cases not seeing the light of day in court because they’re going to be cut off at the pass as the result of this guidance,” Hughes said.

USCIS spokesman Michael Bars framed the policy as one that would “protect the integrity of our immigration system and help restore the faithful execution of our laws.” He said that “grounds for qualifying for asylum have greatly expanded far beyond what Congress originally intended.”

“Many petitioners understand this, know how to exploit our system and are able to enter the U.S., avoid removal and remain in the country,” he added.

Bars comments echoed the position of Trump, Sessions and other officials who have long suggested that asylum law has been applied too broadly. They say that too many people were being given a chance to seek asylum and that many applicants lied about their circumstances to gain entry into the U.S.

Immigrant rights advocates argue that even with Sessions’ decision, many victims of domestic and gang violence are eligible for asylum. People who cross the border illegally are similarly eligible to seek asylum, making the fact that the guidance emphasizes officer’s ability to weigh illegal entry alarming, Chen said.

He noted that the guidance left out other parts of the 1987 decision it cited on illegal entry, which also states that ”the danger of persecution should generally outweigh all but the most egregious of adverse factors” and that that manner of entry “should not be considered in such a way that the practical effect is to deny relief in virtually all cases.”

“The administration has now turned crossing the border in search of protection into a reason to deny asylum in violation of both U.S. immigration law and international law, which guarantee the right to seek asylum for those who come to our nation’s borders, even if they crossed our borders illegally,” he said. “This means a possible death sentence for those who fled from violence and persecution.”