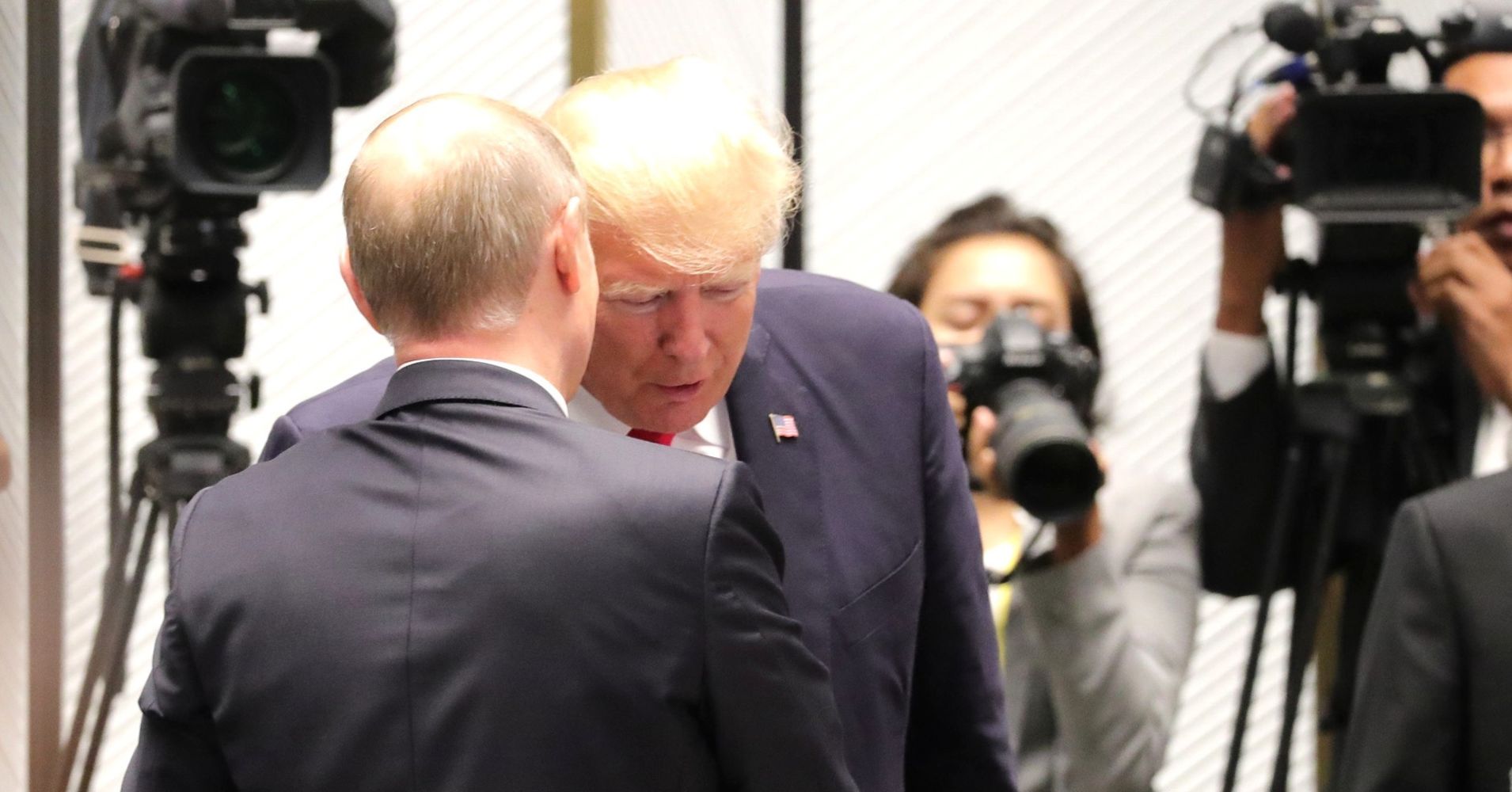 Beware Putin's 'bag of tricks': What Europe’s press thinks about the Helsinki summit

President Donald Trump is to meet his Russian counterpart Vladimir Putin in Helsinki on Monday. There’s no official agenda but the civil war in Syria, the Ukraine conflict and North Korea are likely talking points.

The summit in Finland, chosen for its neutrality in the Cold War era, will be the first formal meeting between the leaders who have both expressed admiration for each other in the past.

However, the meeting comes amid wider tensions between the U.S. and Russia over Syria, with Russia’s military intervention on behalf of President Bashar Assad; sanctions, for Russia’s 2014 annexation of Crimea and role in a pro-Russian uprising in Ukraine; and cyber security, with Russia accused of meddling in the 2016 U.S. election.

Naturally, the press is having a field day ahead of the meeting. Here’s a selection of comments from European media outlets.

Many in the European press see the meeting as an advantage for an experienced political player like Putin, who continues to ride high in opinion polls and appears to be answerable only to himself. On the contrary, the meeting could prove risky for Trump.

As Reuters puts it, the summit is “a potential political minefield at home for the U.S. president but a geopolitical win for Putin.” This because, given Russian allegations of meddling in the U.S. democratic process, allegedly to the benefit of Trump, any apparent closeness to the Kremlin could be viewed with suspicion.

Just ahead of the summit, the U.S. Justice Department charged 12 Russian intelligence officers with hackingDemocrats in an attempt to interfere with the 2016 U.S. presidential election.

In light of this, Reuters journalists Steve Holland and Andrew Osborn noted Monday that, “For Trump, whose White House victory was actively supported by 12 Russian military intelligence agents, according to a recent U.S. indictment, and whose entourage is still being investigated for possible collusion with Moscow, the meeting is freighted with domestic political risk.”

The U.K.’s Mail Online reporter Joe Middleton said Sunday that “the charges put an even greater spotlight on Mr Trump’s treatment of Putin, who has denied making efforts to intervene in the U.S. election that Trump unexpectedly won” while the U.K.’s Telegraph newspaper noted that: “It is surprising that the meeting is still going ahead.”

Trump and Putin both deny allegations of collusion or meddling.

The fact that Trump has insisted that no aides are present at the start of his meeting with Putin, which begins around 4 p.m. local time (9 a.m. ET), has also raised eyebrows in the media, as well as concerns that Trump could be”outflanked” by a wily and more politically experienced Putin.

CNBC’s National Security reporter Amanda Macias, who’s in Helsinki for the summit, spoke to anonymous sources that told her the Russian leader may ask Trump to stay out of the conflict in Ukraine, to withdraw troops from eastern Syria, and to continue talks with North Korea.

The U.K.’s Guardian newspaper’s Moscow correspondent also noted at the weekend that, “if history is any guide, the Russian president has a large bag of tricks to push Trump off-balance.”

“There are the hours he has made guests including the Pope, the queen and Barack Obama wait; the black Labrador Koni he brought into a meeting with the non-dog loving Angela Merkel; or the time he nearly scuppered a 2006 Nato summit in Riga by attempting to lure Jacques Chirac away for a birthday dinner instead,” Andrew Roth wrote in an opinion piece Saturday.

“With an erratic U.S. president who has little interest in reading briefings heading to Helsinki this week, it is hard to recall a summit that has made Western foreign policymakers more nervous,” Roth added.

While France’s newspapers cared more about the country’s World Cup win over Croatia on Sunday, Le Figaro commented on Putin’s 18 years in power compared to Trump’s 19 months, noting that: “Donald Trump is the fourth president of the United States that he (Putin) is about to test, after Bill Clinton, George W. Bush and Barack Obama.”

One of the questions raised ahead of the Putin-Trump meeting has been, “Why Helsinki?” The location wasn’t chosen at random – the country took a neutral stance at the height of the Cold War and has been the host of a number of important meetings between the U.S. and the then-Soviet Union.

Germany’s Spiegel Online carried a feature Monday entitled “Why the Helsinki summit is so important” in which it explored what to look out for in this “memorable encounter.”

Spiegel journalists Christina Hebel and Roland Nelles said holding the meeting in Helsinki was telling. “Finland is not a NATO member (and) is considered neutral, which the Finns themselves do not see, after all, they are an EU country. The powerful neighbor Russia has seen the state as an important buffer against the West for decades.

“This sets the scene for the meeting: America and Russia are rivals, as they were in the Cold War era, and summits can only take place in this state — if at all — on a neutral basis.”

The view from Russia

Speaking of rivalry, the sense of competition between Trump and Putin is not seen as a bad thing in either camp. Last week, Trump said he saw Putin as a “competitor” rather than an enemy.

Remarking on Trump’s comment ahead of the summit, Kremlin spokesman Dmitry Peskov told English-language state broadcaster Russia Today that, “Competition is a positive phenomenon, I would say. Competition helps the world to develop. But there is a ‘but.’ Competition has to be fair. We need fair competition in politics, in the economy. This helps all the global processes develop.”

“Any head of state, when talking to their foreign counterparts, has to take care of the interests of their state. And our president is quite pragmatic, quite consistent, quite practical. He always says that he cares about the national interests of Russia, above everything else. That’s why he understands the reciprocal beliefs of Donald Trump, as applied to his country,” Peskov said. “As leaders of two major powers, Trump and Putin obviously respect each other and get along well.”

Russia might not need to do much U.S.-bashing itself, with President Trump doing it for them on Monday. Kommersant newspaper carried an article Monday that focused on Trump’s Twitter diatribe following the indictment of 12 Russians for election meddling after an investigation that he called a “witch hunt.”