Why the media wrote off Biden

President-elect Joe Biden on Sunday visited the cemetery where several family members, including his late son Beau, are buried at the Catholic church near his home in Delaware.

He paid his respects the day after most major news outlets, including the Fox News Decision Desk, projected him the winner of the 2020 presidential election.

The second Catholic to be elected president, Biden attended church at St. Joseph on the Brandywine near his home in Wilmington, Delaware, as he does nearly every week. After the service, he visited the church cemetery where his son Beau, his wife Neilia, and daughter Naomi have been laid to rest.

CLYBURN CLAIMS TRUMP NOT CONCEDING YET MEANS 'THIS DEMOCRACY IS TEETERING' 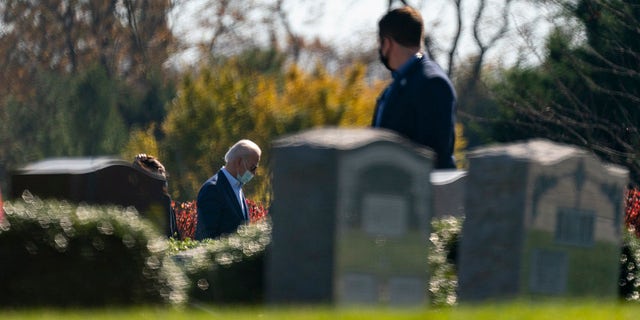 President-elect Joe Biden, left, visits the cemetery where his son Beau, his wife Neilia, and daughter Naomi are buried at St. Joseph on the Brandywine Catholic Church, Sunday, Nov. 8, 2020, in Wilmington, Del. At right is a member of the secret service keeping watch. (AP Photo/Carolyn Kaster)

Beau Biden, a former Delaware attorney general, died in 2015 from cancer. Before his death, he had encouraged his father to make a third run for the White House.

Joe Biden's first wife, Neilia, died in a car crash in 1972 with their infant daughter, Naomi. Their two sons, Beau and Hunter, were severely injured but survived.

In his acceptance speech Saturday, the former vice president under the Obama administration said he would announce a task force of scientists and experts Monday to develop a “blueprint” to begin beating back the virus by the time he assumes the presidency. He said his plan would be “built on bedrock science” and “constructed out of compassion, empathy and concern.”

Biden faces key staffing decisions in the days ahead. The always-frenzied 10-week transition period before Inauguration Day on Jan. 20 already has been shortened by the extra time it took to determine the winner of Tuesday's election. 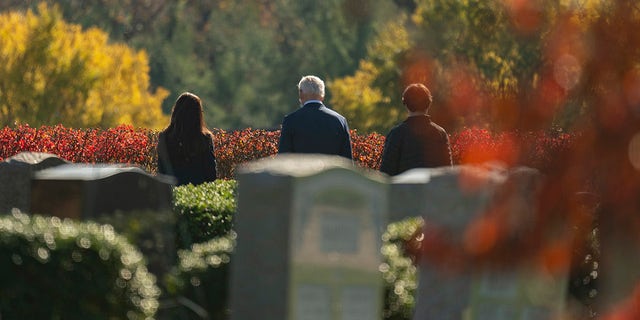 Biden named a former surgeon general, Dr. Vivek Murthy, and a former Food and Drug Administration commissioner, David Kessler, as co-chairs of a coronavirus working group set to get started, with other members expected to be announced Monday.

Transition team officials said that also this week Biden will launch his agency review teams, the group of transition staffers that have access to key agencies in the current administration to ease the transfer of power.

The teams will collect and review information such as budgetary and staffing decisions, pending regulations and other work in progress from current staff at the departments to help Biden’s team prepare to transition.

It's unclear for now whether President Trump and his administration will cooperate. He has yet to acknowledge Biden's victory and has pledged to mount legal challenges in several closely contested states that decided the race.