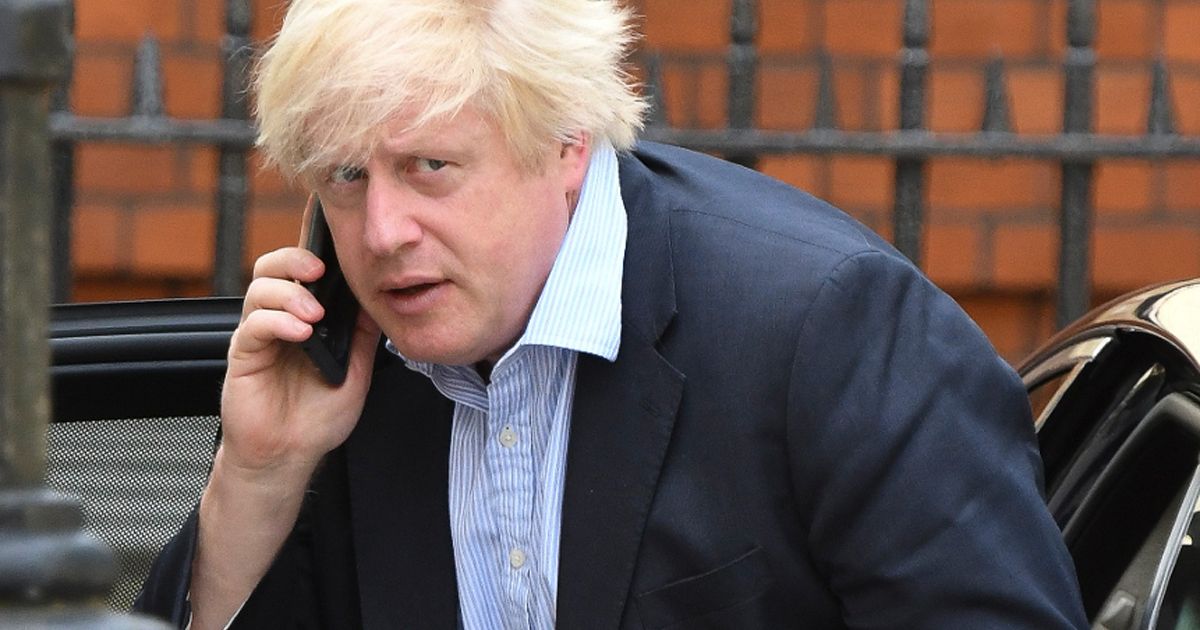 Boris Johnson quit his Foreign Secretary job 11 days ago in a huff over Brexit, ranting at Theresa May for dithering over Brexit.

But the former Cabinet minister seems to be in no rush himself when it comes to leaving the £20million official residence he has been living in rent free since he was appointed two years ago.

And while he lingers in plush One Carlton Gardens, Central London, Johnson is pocketing tens of thousands of pounds renting out his four-storey Georgian home four miles away.

Johnson’s refusal to budge from the grace-and-favour mansion near ­Buckingham Palace and make way for new Foreign Secretary Jeremy Hunt has sparked fury.

Labour MP Catherine West said: “While many people in Westminster are stuck on housing waiting lists, this amounts to taxpayer-funded squatting from Boris.

"He should pack his bags and move on.”

Fellow MP Stephen Doughty added: “It is ­extraordinary that Boris is still living it up in a grace-and-favour residence while ­profiting from renting out his own property.

“It’s high time the Government take back control of this property from this failed former Foreign Secretary.

"If Prime Ministers can move out of Number 10 within a day, surely he can. If not maybe we need to order a big red bus to evict him.”

Lib Dem Christine Jardine said: “This is little surprise from Johnson, always keen for a favour from the taxpayer but never showing an ounce of grace.

“He should pay back the money for a flat that he has no right to live in.”

A government spokesman said: “Former Ministers are expected to leave official residences as quickly as practicable at the end of their tenure, taking into account their personal ­circumstances and family needs.

"We can confirm there is no additional cost to taxpayers involved.”

A Whitehall source claimed that following Mr Hunt’s ­promotion to Foreign Secretary, there was a ­“discussion” between him and Johnson about the Grade I listed rent-free home.

The former Health Secretary lives at nearby Pimlico but can still to use Carlton Gardens for ­official ­engagements, the source added. All running costs of the private living area including utility bills and council tax were still being paid for by Johnson.

However, the source confirmed that he, like all Foreign Secretaries, has been living rent-free at the home.

And those close to him insisted he had been granted permission to stay until the end of July while he finalises his move into a new property.

But rich Tories living in plush houses for nothing is bound to infuriate ­homeless charities, with the number of people living on the streets soaring under the party’s watch.

Johnson’s house in Islington, North London, is being rented by Royal Ballet ­choreographer Wayne McGregor, who moved in towards the end of 2016.

In the Register of Members’ Financial Interests, former London mayor Johnson has declared “rental income of more than £10,000 a year” for the £2.3million house he bought in 2009.

Mr McGregor, who is thought to have met Johnson in 2015 at a school dance project, declined to comment when asked whether he would be moving back in to his home.

Carlton Gardens, designed by ­architect John Nash, is owned by the Crown Estate, which looks after the Queen’s properties. It is leased by the Foreign Office and ­officials paid £482,341 a year in rent on it in 2015.

That means at least £13,000 has been forked out for the ­property since Johnson quit over Mrs May’s Brexit plan on July 9, days after agreeing to it at a Chequers meeting.

In his resignation speech at the Commons on Wednesday, he turned on the PM and branded her blueprint for post-Brexit Britain a “disaster”.

A week after he quit the Foreign Office, Johnson wrote a column for The Daily Telegraph. It is understood that is to become a weekly role.

Before entering the Cabinet in July 2016, Mr Johnson was paid around £250,000 a year by the newspaper for doing a column.

He has previously come under fire for describing the huge sum as “chicken feed”.