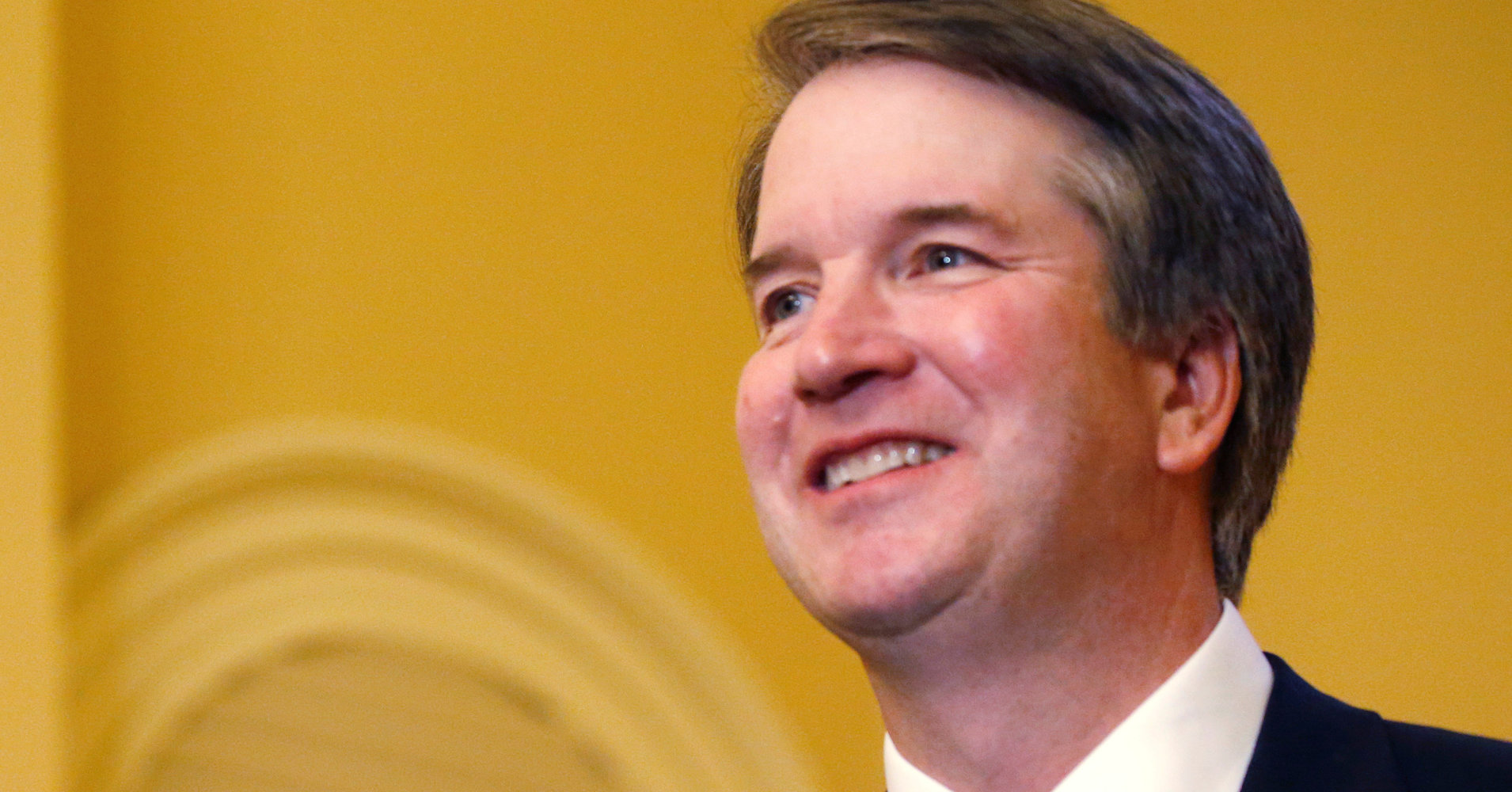 WASHINGTON  — Liberal critics of Brett Kavanaugh, President Donald Trump’s nominee for the Supreme Court, have deep concerns about how he might rule on cases related to abortion, capital punishment, gerrymandering, affirmative action and LGBTQ rights.

But one substantial part of Kavanaugh’s record has received significantly less attention: a long series of opinions defending the (largely ineffectual) military commissions system that presidents George W. Bush and Barack Obama, along with Congress, created and oversaw to try the terrorism suspects imprisoned at the Guantanamo Bay detention camp.

For a few years during the Bush administration, federal judges had repeatedly intervened to protect the rights of people detained at the prison camp. During his time on the U.S. Court of Appeals for the D.C. Circuit, Kavanaugh opposed ― and helped undercut ― that trend. His efforts served to legitimize Gitmo’s kangaroo courts.

“There’s no one on the D.C. Circuit who has played a larger role in defending the legality of the military commissions than Judge Kavanaugh,” said Stephen Vladeck, a professor at the University of Texas School of Law who closely follows Guantanamo cases.

In theory, Guantanamo detainees can challenge the legality of their detention in federal court. But in practice, those courts have provided limited relief to enemy combatants. Civil liberties groups and detainee defense lawyers argue that the D.C. Circuit, where Kavanaugh has sat since 2006, is significantly to blame.

“The circuit court has blatantly disregarded a U.S. Supreme Court ruling on the right to habeas corpus rights for Guantanamo Bay detainees and ignored the requirement that the circuit conduct a robust review of prisoners’ detainment,” the Center for American Progress, a left-leaning think tank, wrote in 2013.

When the D.C. Circuit sided with the government on enemy combatant cases, Kavanaugh often went beyond the rest of the panel in defending the government’s detention authority. And he repeatedly referred to detainee claims that relied on international law as an attempt to “smuggle” international norms into U.S. law.

In 2010, a D.C. Circuit panel found that the government had the authority to continue to imprison Yemeni citizen Ghaleb Nasser al-Bihani without charge. When the full court declined to hear the case, Kavanaugh wrote a concurrence emphasizing his view that “international-law norms that have not been incorporated into domestic U.S. law by the political branches are not judicially enforceable limits on the President’s authority under the [Authorization for Use of Military Force].”

In other words, international law doesn’t matter, unless America says it does.

One of Kavanaugh’s most consequential moves on Guantanamo came in 2016 when the full D.C. Circuit heard the case of Ali al-Bahlul.

“I don’t think folks understand how big a deal that case was,” Vladeck said, referring to the Bahlul case. “If the military commissions couldn’t try non-international offenses, they’d be just about out of work,” he said.

In earlier wars, military tribunals were used to try enemy fighters for violating the laws of war. But in 2006, Congress authorized the military to try “unlawful enemy combatants” for offenses that are typically handled in federal court, like conspiracy. Human rights and civil liberties groups warned against unnecessarily shifting terrorism prosecutions into a system with far fewer due process protections. Kavanaugh appeared unfazed by these warnings.

Before he was appointed to the D.C. Circuit, Kavanaugh worked in the Bush White House. During Kavanaugh’s confirmation hearing in 2006, Sen. Dick Durbin (D-Ill.) asked if he knew anything about another White House official’s role in crafting the Bush administration’s detention and interrogation policies. At the time, Kavanaugh denied having any role in those discussions. He was confirmed weeks later.

But the following year, The Washington Post and NPR reported that Kavanaugh and other top White House lawyers met in 2002 and debated whether the Supreme Court would uphold the administration’s decision to deny lawyers to Americans designated as enemy combatants. Kavanaugh predicted that Justice Anthony Kennedy, the swing vote at the time, would reject the policy. (Kavanaugh had clerked for Kennedy in the early 1990s.)

After the media revelations, Durbin wrote Kavanaugh a letter accusing him of misleading lawmakers. The senator requested an explanation and asked Kavanaugh to disqualify himself from cases involving detainees and enemy combatants.

Kavanaugh obviously did not heed Durbin’s request to step down from detainee cases. On Tuesday, Durbin tweeted that he is still waiting for a response from the judge.