Brexit Party warning: Farage will have NO MPs after election, predicts academic

Mr Johnson has already written off the Brexit Party challenge, branding the movement out of date and comparing its candidates with “candle-sellers at the dawn of the age of the light bulb” and “sellers of typewriters on beholding their first laptop computer”. And Matthew Goodwin, professor of politics at Kent University and an authority on the rise of populist politics, told the Daily Telegraph he did expect to see any Brexit Party candidates succeed at the polls on December 12.

I don’t think they will win any MPs

Prof Goodwin said: “I think last week he looked a little bit lost. I think he didn’t know what his role was to be in this campaign, he is not entirely sure of where this movement is going.”

He rejected Mr Farage’s predictions of Brexit Party haul of 10 MPs and warned his strategy could end up blocking Britain’s departure from the EU.

He told the Daily Telegraph: “I don’t think they will win any MPs. 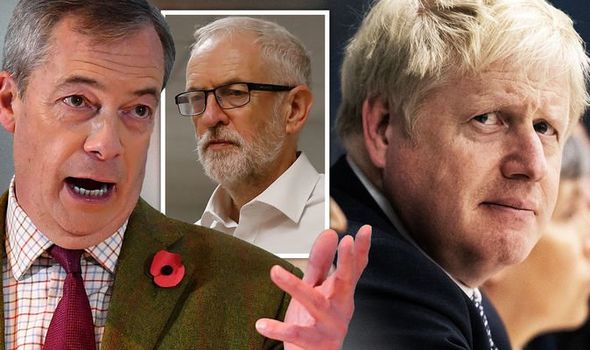 “Nigel Farage clearly has to ask himself a question at this point – does he want to go down in British history as the most influential politician not elected to Westminster who effectively brought about Brexit.

“Or does he potentially want to go down in history as the guy who attracted five to seven per cent at the election and cost Boris Johnson and the Conservatives an election victory and by extension brought down Brexit.

“This is the fundamental choice facing both Farage and the Brexit Party.” 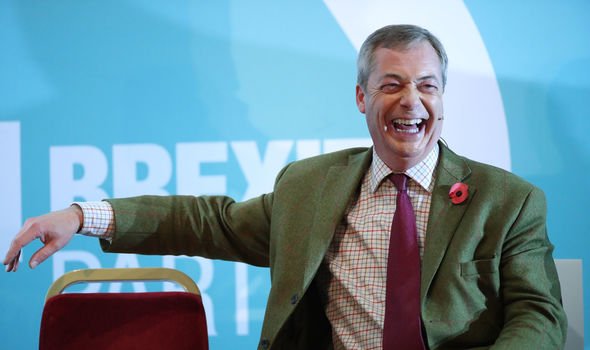 Prof Goodwin’s predictions came as Peter Udale, the Brexit Party candidate in the Cotswolds, stood down and urged voters to support the Conservatives.

Mr Udale said: “I believe that by far the biggest threat that currently faces this country is a government led by Jeremy Corbyn.

“If he got into No10 he would undermine our economy, our defence and our union.

“I therefore believe it is fundamentally wrong for the Brexit Party, which is strongly patriotic and has a deep allegiance to our union, to stand candidates in constituencies where the Tories have a chance of winning. 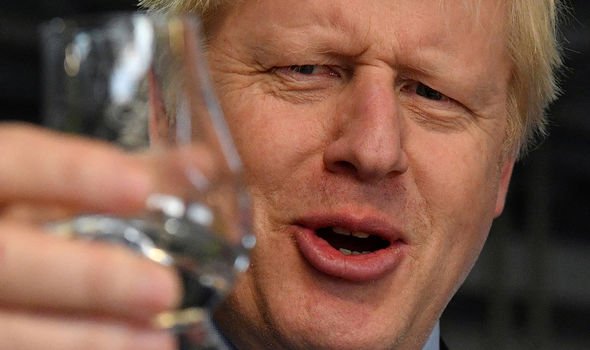 “I continue to support the Brexit Party in strong Labour constituencies where Leavers are unlikely to swing behind the Tories in large numbers.

“These voters deserve an alternative voice, and I believe the Brexit Party has some great candidates and will win seats.”

Political journalist and Brexiteer Tom Harwood has warned Brexit Party supporters could split the vote in Leave constituencies and end up shackling them with Remain MPs backing second referendum.

Mr Harwood highlighted a poll carried out in Nottinghamshire’s Gedling constituency, where Labour’s Vernon Coaker has held the seat for 22 years.

The poll showed Labour leading the poll with 42 percent – despite being outnumbered by the combined total for the Tories and the Brexit Party.

Labour come first with 42 percent, while the Tories are on 37 percent. The Brexit Party sits 13 percent – a total which could help oust Labour if only they voted for the Tories.

The constituency poll of 409 local residents was carried out by Survation on November 4, 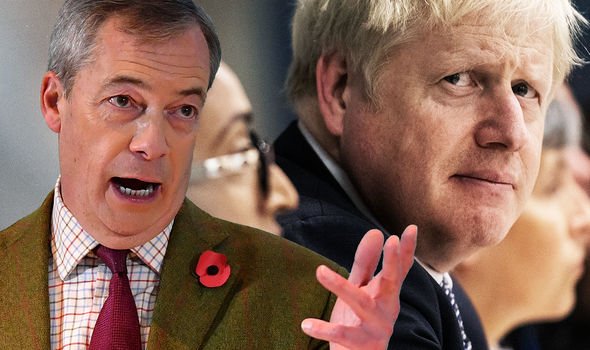 He tweeted: “Tory gain here thwarted by the Brexit Party.

“If that Brexit Party vote holds, this massively Leave voting seat will end up with a second referendum MP. Barmy.”