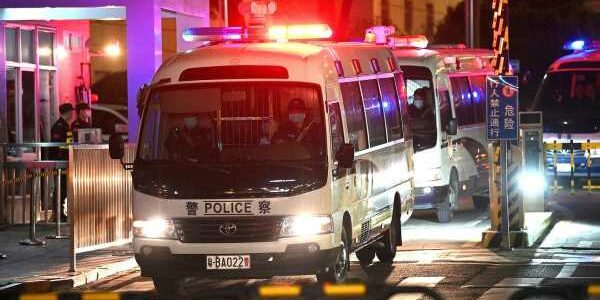 A high-profile trial of Hong Kong pro-democracy activists adjourned without a verdict on Monday, months after authorities arrested a dozen of them attempting to flee the city by speedboat and detained them in mainland China.

Proceedings in Yantian District People’s Court in Shenzhen involving 10 of the 12 activists concluded on Monday without a verdict, in a case that has drawn international criticism.

Relatives of the defendants said they hadn’t received updates about the case from the court and lawyers assigned by the Chinese government, and called for support from the Hong Kong government, according to a media briefing Monday. They hoped the court could have a public hearing that would allow them to participate, they said.

The 12 Hong Kong activists were captured in August by coast guard authorities from China’s Guangdong province as they attempted to flee to Taiwan. Their ages range from 16 to 33 and include 11 men and one woman. One of the 12 is a Portuguese national.

The activists were charged earlier this month, according to a Dec. 16 statement from prosecutors in Shenzhen’s Yantian district. Two people were charged with organizing an illegal border crossing and another eight with participating in an illegal crossing, the prosecutors said. Two minors were set to face a closed-door hearing, the statement said.

The charge of organizing an illegal border crossing can be punished by two to seven years in prison under Chinese criminal law, though some cases can result in life terms. The charge of participating in one is punishable by a jail term of less than a year.

— With assistance by Gregor Stuart Hunter, and Daniela Wei