Conservatives call on Obamas to use Netflix influence to nix 'Cuties' 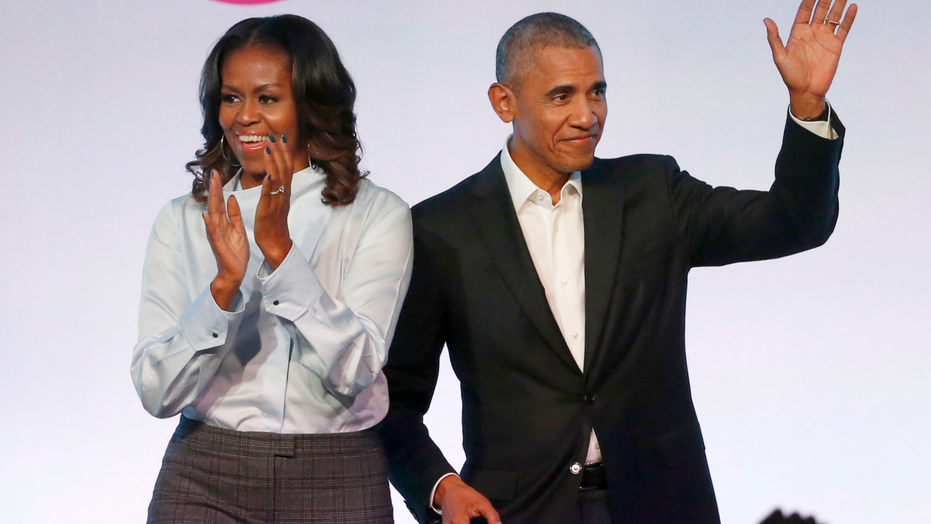 The politicized conflict over Netflix’s “Cuties” has now drawn the Obamas into the mix, with some calling on them to use their influence over the company to have the show nixed from the platform.

Uproar ensued before the film was even released on the platform, after a poster of the French independent film “Mignonnes,” or “Cuties,” depicted half-clothed young girls, with many saying the film would sexualize children or provide fodder for pedophiles.

Netflix said in a statement that it is a“social commentary against the sexualization of young children."

“At a time the left has declared that ‘silence is violence,’ Michelle Obama’s silence on Netflix’s controversial movie ‘Cuties’ has not gone unnoticed,” read the op-ed, co-written with Evita Duffy. “It is also undermining her brand as ‘America’s mom’ and chief defender of female empowerment across the globe.”

Last year, the Obamas signed a deal said to be worth $50 million with the streaming platform to produce content through their production company Higher Ground.

Radio talk-show host Larry O’Connor said the Obamas “are enriched by the company that has presented this trash to the world,” but they “refuse to say anything … anything at all about this horrible issue.”

"The main character in #Cuties is an 11yr old black girl. In this day & age, there’s no way @netfflix put out movie sexually exploiting a black girl w/o approval from their most influential partners: the Obama’s & Susan Rice. Not happening. #CancelNetflix," talk show host Jesse Peterson wrote on Twitter.

A number of lawmakers, including Rep. Ken Buck, R-Colo., and Rep. Andy Biggs, R-Ariz., have called for a Justice Department investigation.

The film, centered on an 11-year-old Senegalese immigrant living in Paris, is the debut of French director Maïmouna Doucouré. It premiered at the Sundance Film Festival in Utah last year and earned Doucouré a best directing award.

In the film, the main character, Amy, ends up joining a clique of girls who call themselves the “Cuties” – and perform provocative numbers – as a way of rebelling against their conservative Muslim parents.

The lawmakers' letter went on to push for a probe into the casting calls for the film to ensure none of the children were taken advantage of in a sexual or exploitative manner.

"It is fair to say that the provocative dances portrayed throughout Cuties is an affront to the children’s dignity and stimulates the child sex trafficking trade," it continued.

Sen. Ted Cruz, R-Texas, called for an investigation by the DOJ earlier this week.

“The film routinely fetishizes and sexualizes these pre-adolescent girls as they perform dances simulating sexual conduct in revealing clothing, including at least one scene with partial child nudity," Cruz wrote in a letter to Attorney General William Barr Friday.

Joe Biden Gets Formal POTUS Endorsement From Cindy McCain; Republican Sen. John McCain Ran Against Ex-VP & Obama In 2008
We and our partners use cookies on this site to improve our service, perform analytics, personalize advertising, measure advertising performance, and remember website preferences.Ok