Home » Politics » Daniel Dale: As journalists we must stand up for truth 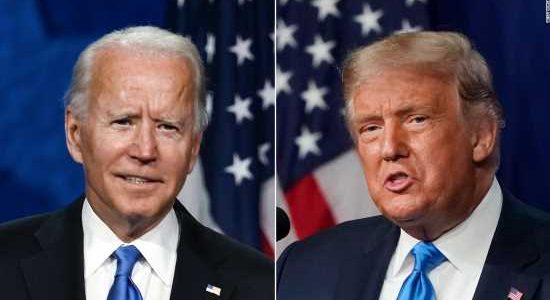 Daniel Dale: As journalists we must stand up for truth

(CNN Business)Nearly a week since his speech at the Republican National Convention, President Donald Trump is insisting that he reached a bigger audience than Democratic presidential nominee Joe Biden, despite Nielsen TV ratings to the contrary.

Trump’s repeated comments are a window into his ratings fixation — and into the alternative sources of information that he and his supporters rely upon.
Convention organizers succeeded in planting stories on numerous pro-Trump websites that said the overall audience for Trump’s speech was bigger than the audience for Biden’s speech at the virtual Democratic convention one week earlier.

So within the Trump media bubble, the President’s speech is perceived to be the winner in the ratings race, even though the numbers don’t add up.
Here’s the key thing to understand: Television ratings are apples and online video views are oranges. The apples are counted in a standardized way by Nielsen, the industry measurement firm. The oranges are counted in lots of different and often sketchy ways.

Both the Democratic and Republican parties tried to mash the TV and online streaming data together. 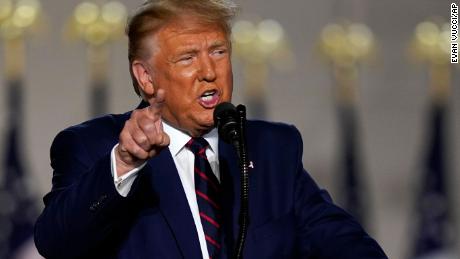 The difference, of course, is that Biden didn’t brag about the ratings and left-leaning websites didn’t promote an alternative reality about it.
According to Nielsen, an average of 24.6 million viewers watched Biden’s DNC address across twelve TV networks. An average of 23.8 million viewers watched coverage of Trump’s RNC address across thirteen networks.
Biden’s aides touted the ratings win as a way to get under Trump’s skin. It may have worked, because Trump repeatedly tweeted out claims that his convention had bigger total viewership.
Trump, a Nielsen connoisseur, shifted to “Online Streaming Numbers” and tweeted, “How does the Fake News not include Online Streaming Numbers where Republicans blow the Dem Numbers away?”
The answer: Those are oranges and they are not reliably measured.
In a followup tweet, Trump claimed that “we had 147.9 million” and the overall views were “not even close.”
This was part of a counter-narrative promoted by the RNC. Fox News was first to report the 147.9 million figure, describing it as “total views across television and online between Monday and the end of Thursday night’s programming.” The figure was sourced to a “senior campaign official.”
The Democrats had publicized a lower number, 122 million, for viewership across TV and the web. So the Republicans essentially declared victory. But the RNC has been opaque about what the 147.9 million figure actually means. The party has not published its methodology, but the total apparently included campaign live-streams, news live-streams, and TV ratings.
“It’s preposterous for the President to suggest more people watched the RNC convention. You can’t just bolt on the online views of clips to the live broadcast numbers,” said Jason Kint, the CEO of Digital Content Next, a trade association for digital publishers. 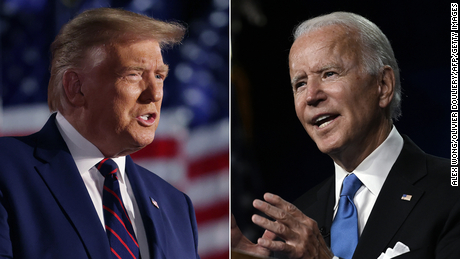 “To be fair,” Kint added, “the Biden camp appears to have done the same thing at the conclusion of the DNC.”
That’s right — the Democrats issued a press release that tallied up TV viewership for the four nights plus “35.5 million total livestream views.” That’s how they reached the 122 million total.
Among the many problems with this method, TV ratings estimate the average audience for every minute of a given program, while online statistics count fleeting views of a video, not the audience from start to finish.
And there is no industry standard for the dozens of websites where convention coverage was live-streamed. Different sites measure video traffic differently.
So there is no legitimate way to come up with a total like 147.9 million. But Trump is undeterred. He tweeted about this unsourced total audience claim again on Wednesday, writing, “We had FAR more people (many millions) watching us at the RNC than did Sleepy Joe and the DNC, and yet an ad just ran saying the opposite.”

He was reacting to an ad by The Lincoln Project, an anti-Trump PAC, which bought airtime for an ad saying “the ratings are in for your convention” and “it’s not pretty. Joe Biden beat you. By a lot.”
But Trump has something else going for him: A constellation of pro-Trump websites that ran with the 147.9 million claim. Sites like Breitbart and The Gateway Pundit gave Trump fans just the headlines they needed, touting unsubstantiated claims that Trump was more popular than Biden.
Source: Read Full Article