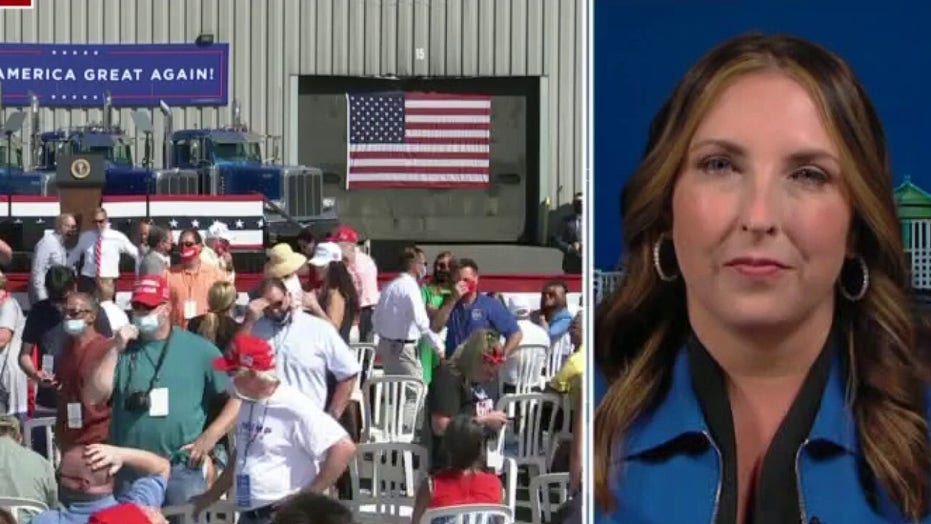 Ronna McDaniel: GOP convention will be positive, uplifting and about ‘real people’

RNC Chair Ronna McDaniel explains on ‘Bill Hemmer Reports’ how the GOP convention will differ from the ‘grim’ DNC.

Democratic National Committee (DNC) Chairman Tom Perez charged Friday that “chaos will be the order of the day” at next week’s Republican National Convention.

Speaking with reporters, Perez predicted that “the Republican convention next week will be marked by chaos, chaos, chaos.”

And he argued that President Trump will “do what he always does – lie, scare, distract, divide, and make next week all about himself.”

Perez highlighted that Democrats – coming off their national convention which concluded Thursday night – “are not taking our foot off the gas next week. While Republicans put together their chaos convention, the DNC war room will be working around the clock to speak truth to power, to expose the disastrous consequences of Trump’s chaos presidency, which has led only to crisis after crisis after crisis.”

And pointing to the three-month-long nationwide protests over police brutality against minorities and systemic racism — as some of those protests have escalated into violent riots – Pence vowed that “we’re going to bring law and order to our cities. You’re going to hear about that next week.”

The Republican convention kicks off Monday in Charlotte as a limited number of party delegates briefly meet to formally re-nominate both the president and vice president. The rest of the convention will be held virtually, with programming in prime time.

A Trump campaign official told Fox News that Trump is expected to have a "heavy in-person presence" all four nights of the convention and that "his preference is to be live," not taped.

“I think we're going to have more of it live than what they [the DNC] did," Trump said on Fox News’ "Hannity" Thursday night. "I think it's pretty boring when you do tapes. I'm going to go live and do mine live.”

The president is slated to deliver his formal acceptance speech for the Republican presidential nomination on Thursday, Aug. 27 at the White House.