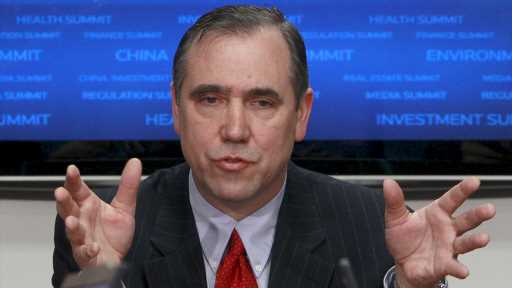 "The climate crisis is an emergency, and President-elect Joe Biden needs to treat it that way," Merkley, D-Ore., said in a Washington Post op-ed Monday. "That means using every tool available to him, including declaring a national climate emergency and using emergency powers to take unilateral executive action."

He added that the country "can't wait" for legislative action, even from a Democratic Senate. Instead, he said Biden should leverage the Defense Production Act and the National Emergencies Act to take sweeping action.

"Declaring the climate crisis a national emergency under the NEA would not only send a powerful signal about the urgency of bold action, it would unlock powers that allow our nation to take significant, concrete actions regardless of congressional gridlock," he said.

Merkley argued that climate action could prevent a "deluge of violent storms and extreme weather events" while creating millions of jobs.

His comments resembled those of 538 organizations, which sent a draft executive order to Biden last week.

The Center for Biological Diversity, which is spearheading the effort, previously sent a letter urging Biden to declare an emergency.

"It opens up additional doors which will make it easier to address the climate crisis," CBD Government Affairs Director Brett Hartl previously told Fox News. An "action plan" from his group specifies that the president could reinstate a ban on crude oil exports and "promote rapid clean energy development per emergency powers."

Part of CBD's draft order instructs the Interior Department to "immediately revise the National Outer Continental Shelf Oil and Gas Leasing Program in a manner that halts new offshore oil and gas lease sales and provides a determination that national energy needs require a prompt transition away from fossil fuels."

The proposed order would instruct the secretary of the interior to prepare a plan to phas out oil and gas activities, including a ban on drilling new wells, on the outer continental shelf within 90 days. Under the proposed order, the Interior Department would also begin a comprehensive review of leases and allow the cancellation of those that were issued "improperly."

While it's unclear how exactly Biden will act, Berkeley law professor Dan Farber has outlined a number of ways he could purportedly take action under an emergency declaration.

This could be used to support renewable energy more generally," Farber wrote.

He added that the transportation secretary could have the power to restrict automobile and truck use to decrease emissions while the president's international emergency authority could allow him to regulate financial activity involving entities "trafficking in fossil fuels."

Biden's team did not immediately respond to Fox News' request for comment.

Steve Milloy of JunkScience.com told Fox News that the policy could kill jobs and hurt the U.S. economy.

On the campaign trail Biden promised he would ban new oil and gas leases on public land, and the proposed order sent to the president-elect is a signal that "radical green groups" intend to hold him to that promise, he said.

"If he fulfills his campaign promise, Biden will kill jobs and hurt the economies, mostly in Republican states in the West," Milloy said. "Energy prices will increase elsewhere."