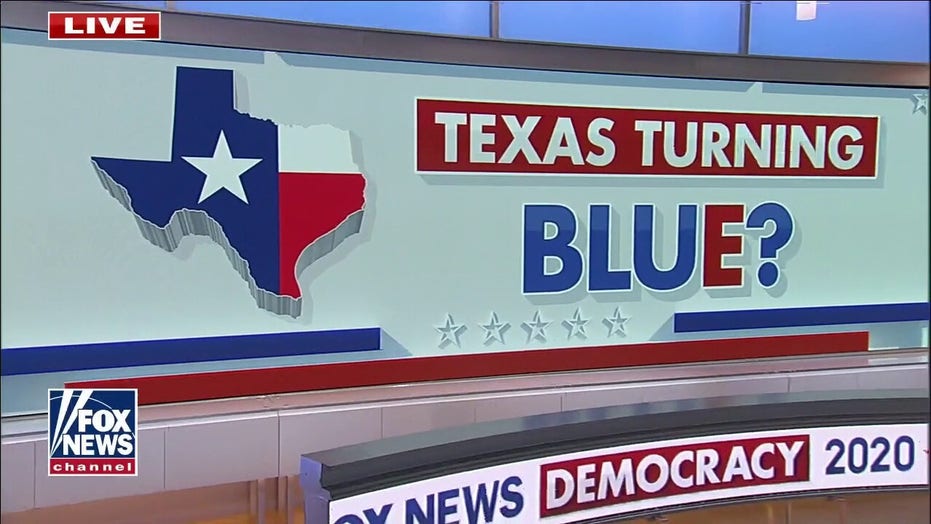 Democrats spend millions to turn the state of Texas blue

A national Democratic super PAC is doubling its spending in Texas, bringing its total commitment to more than $12 million in a bid to flip the Lone Star State blue in November.

Forward Majority announced in early September that it would spend $6.2 million to help Democrats win majority control of the Texas House. On Tuesday, the political action committee said it was upping the amount spent on TV, digital and mail ads, spending another $6.2 million with just two weeks to go until the Nov. 3 election.

"Republicans are hemorrhaging millions on Texas state house races because they know their majority is in grave jeopardy and that this is the most important state in the country for redistricting," Majority Forward spokesperson Ben Wexler-Waite said in a statement. “We’ve long seen several paths to flipping the Texas House and we will continue to do everything we can to ensure Democratic legislative candidates aren’t drowned out by millions in special interest money.”

Forward Majority is mostly targeting Republican-held seats in the Dallas-Fort Worth and Houston areas.

Republican groups have also ramped up their spending this year: The Republican State Leadership Committee, which had previously pledged to top Forward Majority's $6.2 million ad campaign, partnered with the State Government Leadership Foundation to raise $23 million in the third quarter.

Winning control of the Texas House would give Democrats a voice in next year's redistricting process, during which state lawmakers will draw new political boundaries for the state.

Democrats are nine seats away from the majority after picking up 12 seats in 2018 — some of which Republicans are hoping to win back.

"It’s possible," that Democrats could win control of the House, Cal Jillson, a political science professor at Southern Methodist University, told Fox News. "But it’s not a gimme. The 12 they picked up in 2018 were low-hanging fruit, and these next nine are increasingly difficult. Whether they get to nine, I don’t know. That’s what’s going to make it a good year in Texas for Democrats."