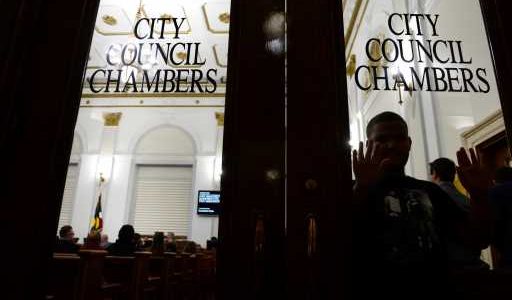 Denver City Council approved the city’s 2021 budget Monday evening with some relatively minor concessions from Mayor Michael Hancock for increased investments in police reform and eviction defense, among others.

During the budget review process, some council members had proposed more substantial tweaks to the document but disagreed with others and Hancock’s administration on how cash should be moved around.

Hancock ultimately agreed to add $395,000 to the city’s widely lauded STAR Program, $1 million to the city’s eviction defense and prevention fund, $365,000 for parks restrooms and $391,800 for a rental registry program, among other things.

Council approved the 2021 budget on a 12-1 margin with only Councilwoman Candi CdeBaca opposed.

Although council members didn’t get everything they wanted in this budget — in the amounts they sought — a ballot measure approved by voters last week will give them another shot later in the year. With some restrictions, measure 2G allows council to change the budget mid-year while previously only the mayor held that authority.

Already the budget is down 10.6% from Denver’s 2020 budget because the local and national economies tanked sharply in March as the coronavirus pandemic hit. City officials predict hundreds of millions of dollars in lost tax revenue, worse than The Great Recession.

And should COVID-19 infections spike again substantially, even more cuts could be likely, city officials have said. Infections are currently on the rise and Hancock imposed a type of citywide curfew Sunday in an attempt to curb that rise. If that curfew doesn’t work, Hancock and others have said another stay-at-home order is possible, which many fear would devastate the local economy further.