The Office of the Inspector General that independently oversees the Justice Department is examining the sentencing recommendation for GOP operative Roger Stone, a DOJ source confirmed to Fox News.

The inspector general's investigation, which was first reported by NBC News, comes after Assistant U.S. Attorney Aaron Zelinsky testified before Congress in June that a DOJ decision to recommend a lighter sentence than originally suggested was politically motivated.

Zelinsky, a member of Special Counsel Robert Mueller's team, resigned from the Stone case after being overruled by DOJ superiors.

"We welcome the review," DOJ spokeswoman Kerri Kupec said in a statement. The Office of the Inspector General would neither confirm nor deny the investigation.

Democrats have seized on the DOJ’s recommendation to go below the traditional sentencing guidelines for Stone, a former associate of President Trump. 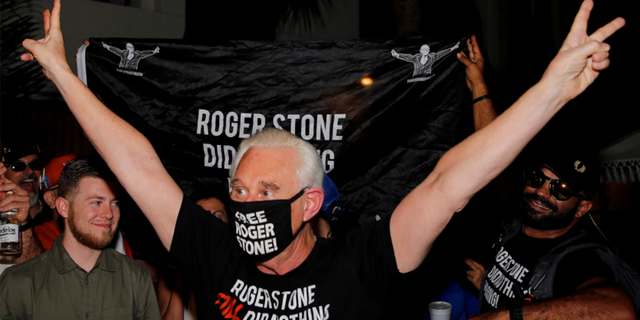 “In this case, I would welcome an investigation because it will ultimately prove that at least two of the former prosecutors in my case have lied about the sentencing process under oath,” Stone told the Washington Examiner on Monday. “I am highly confident that once this investigation is completed, Aaron Zelinsky will be indicted for perjury and for lying to Congress under oath.”

“Roger Stone was treated differently because of politics,” Zelinsky testified in June, adding, “I was told that the acting United States Attorney was giving Stone a break because he was afraid of the president of the United States.”

In February, Stone was sentenced to three years in prison, after being convicted in November 2019 on seven counts of obstruction, witness tampering, and making false statements to Congress on charges that stemmed from Mueller's investigation.

Federal prosecutors had recommended a prison sentence of 87 to 108 months for the charges, but in a reversal, senior leadership at the Justice Department, including Barr, overruled and scaled back their recommended prison sentence.

Zelinsky stated that he had no issue with the sentence itself, rather it was the process that bothered him and led him to leave his position.

In July, Trump commuted Stone's sentence days before his prison term was set to begin.