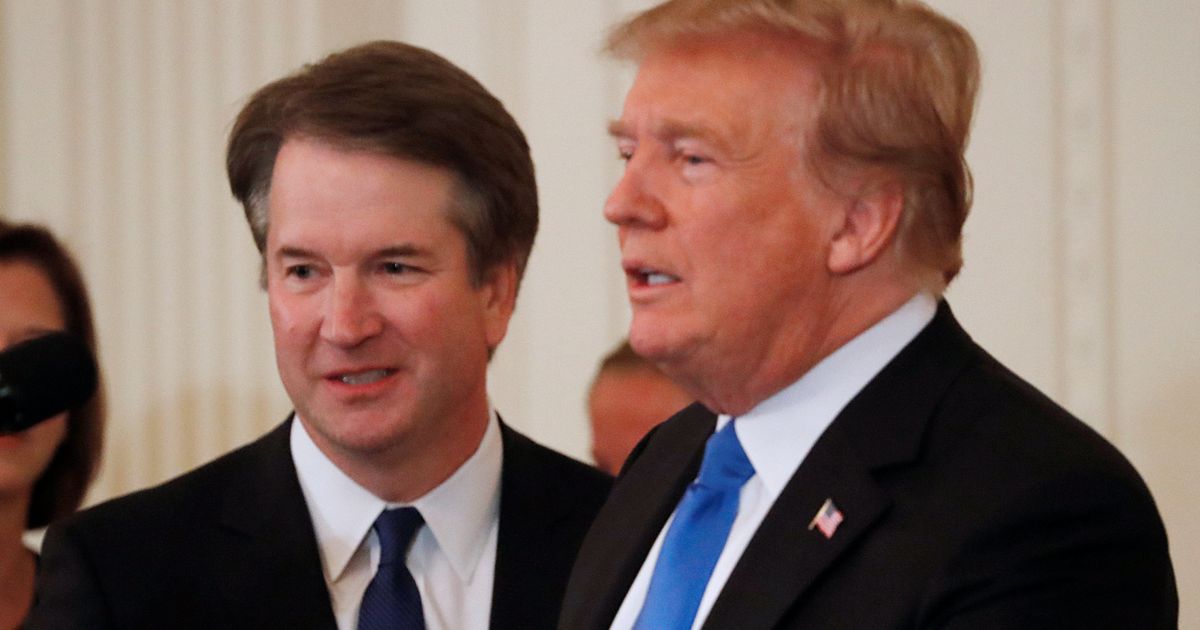 Donald Trump announces his pick for the US Supreme Court

Donald Trump has announced his nominee for the US Supreme Court .

In picking 53-year-old Kavanaugh, Trump aimed to entrench conservative control of the court for years to come with his second lifetime appointment to the nation’s highest judicial body in his first 18 months as president.

Kavanaugh now faces what appears to be another fierce fight for confirmation in the Senate, where Trump’s fellow Republicans hold a slim majority.

If confirmed, Kavanaugh would replace long-serving conservative Justice Anthony Kennedy, who announced his retirement on June 27 at age 81.

"He’s a brilliant jurist with a clear and effective writing style, universally regarded as one of the finest and sharpest legal minds of our time.

"And just like Justice Gorsuch, he excelled as a legal clerk for Justice Kennedy," Trump added, saying his nominee "deserves a swift confirmation and robust bipartisan support."

Kavanaugh has amassed a solidly conservative judicial record since 2006 on the influential US Court of Appeals for the District of Columbia Circuit, the same court where three current justices including Chief Justice John Roberts previously served.

Some conservative activists have questioned whether he would rule sufficiently aggressively as a justice.

Kavanaugh potentially could serve on the high court for decades. Trump’s other leading candidates for the post were fellow federal appellate judges Thomas Hardiman, Raymond Kethledge and Amy Coney Barrett.

Kavanaugh served as a senior White House official under Republican former President George W. Bush before Bush picked nominated him to the appeals court in 2003.

But some Democrats accused him of excessive partisanship and it took three years before the Senate eventually voted to confirm him.

Kavanaugh worked for Kenneth Starr, the independent counsel whose investigation of Clinton helped spur an effort by congressional Republicans in 1998 and 1999 to impeach the Democratic president and remove him from office.

Kavanaugh in 2009 changed his tune on the Starr probe, arguing that presidents should be free from civil lawsuits, criminal prosecutions and investigations while in office.

Trump defeated Clinton’s wife, Hillary Clinton , in the 2016 presidential election and has disparaged both Clintons.

Democrats in the past also have pointed to Kavanaugh’s work for Bush during the recount fight in the pivotal state of Florida in the 2000 presidential election, a controversy that was resolved only after the conservative-majority Supreme Court sided with Bush over Democratic candidate Al Gore, settling the election outcome.

Kavanaugh once served as a Supreme Court clerk under Kennedy.

The appointment will not change the ideological breakdown of a court that already has a 5-4 conservative majority, but nevertheless could move the court to the right. Kennedy sometimes joined the liberal justices on key rulings on divisive social issues like abortion and gay rights, a practice his replacement may not duplicate.

Kennedy, 81, announced on June 27 plans to retire after three decades on the court, effective on July 31.

Republicans hold a slim 51-49 majority in the Senate, though with ailing Senator John McCain battling cancer in his home state of Arizona they currently can muster only 50 votes. Without Republican defections, however, Senate rules leave Democrats with scant options to block confirmation of Trump’s nominee.

Senate Majority Leader Mitch McConnell, who earlier in the day accused the "far left" of "scare tactics" to try to thwart the nomination said: "President Trump has made a superb choice.

"Judge Brett Kavanaugh is an impressive nominee who is extremely well qualified to serve as an Associate Justice of the Supreme Court of the United States."

A group of Democratic senators from Republican-leaning states – lawmakers who could be pivotal in the confirmation fight – declined Trump’s invitation to attend the White House announcement.

Trump last year appointed Gorsuch, who has already become one of the most conservative justices, after Senate Republicans in 2016 refused to consider Democratic former President Barack Obama’s nominee Merrick Garland to fill a vacancy left by the death of conservative Justice Antonin Scalia.

As a result, Democrats have accused Republicans of stealing a Supreme Court seat. Gorsuch restored the court’s conservative majority.

Trump has previously said he wanted "pro-life" justices opposed to abortion rights. Top Senate Democrat Chuck Schumer earlier on Monday said Trump’s nominee should be obligated to make his or her views clear on matters like the Roe ruling.

The new justice can be expected to cast crucial votes on other matters of national importance including gay rights, gun control, the death penalty and voting rights.

The court could also be called upon to render judgment on issues of personal significance to Trump and his administration including matters arising from Special Counsel Robert Mueller’s ongoing Russia-related investigation and several civil lawsuits pending against Trump.

The timing of the nomination means that Kennedy’s replacement could be confirmed before the start of the Supreme Court’s next term on the first Monday in October.