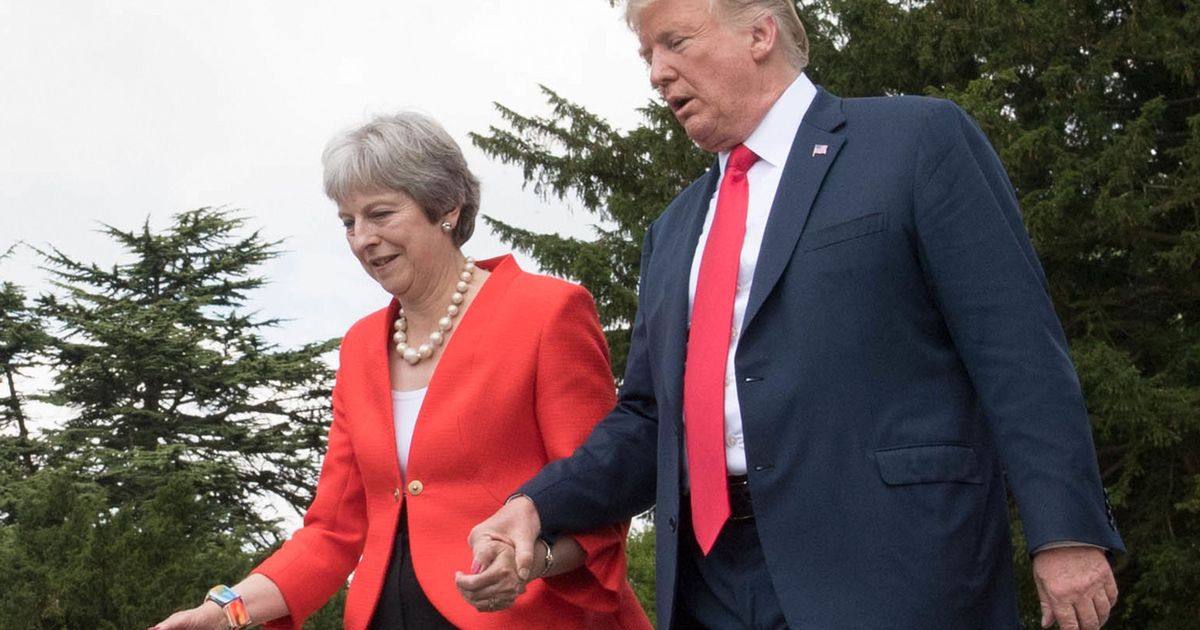 Donald Trump could return to the UK for a full state visit sooner than you think.

The US President caused uproar on his visit earlier this month, by openly criticising Theresa May’s Brexit strategy.

And hundreds of thousands took to the streets to protest against his visit.

But US Ambassador Woody Johnson hailed the trip as a "flying colours" success.

And he said the full-scale state visit could be next spring, or even sooner.

He told Channel 4’s When Trump Came To Town: Inside The American Embassy: "Well, it’s hard to know, but well, yeah, I mean a state visit next spring would be, I think, kind of, the next step on his visits, but he might visit before that, who knows?"

Mr Johnson added: "I think everybody in this embassy saw this as a great honour to actually be around and plan for the president’s first visit.

"And, I think we did it, and with flying colours.

"And the president left accomplishing I think what he wanted to accomplish."

Mr Trump’s visit was one of the most extraordinary by a foreign head of state in recent times.

As well as saying Mrs May had not taken his advice on Brexit, Mr Trump heaped praise on the Prime Minister’s potential rival for Tory leader Boris Johnson.

At a joint press conference with Mrs May, the US president tried to row back on his criticism of the PM stating: "I would give our relationship with the UK the highest level of special.

"Am I allowed to go higher than that? I am not sure. It’s the highest level of special."

But one of the most enduring images of the visit, which became an international talking point, was a giant blimp that flew above Parliament Square depicting Mr Trump as an angry, orange baby in a nappy.

Should Government deny Trump a full state visit on his return?