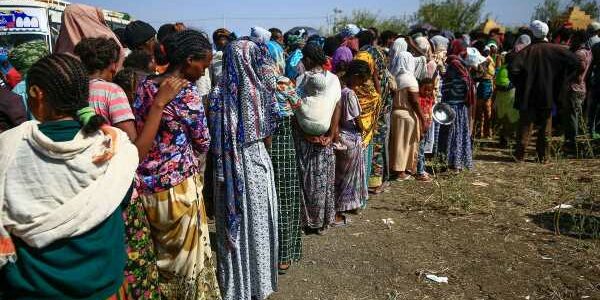 Ethiopia’s government and Tigrayan authorities have issued contradictory accounts of who’s winning a conflict that’s been raging in the dissident northern state since Nov. 4 and has triggered a humanitarian crisis in Africa’s second-most populous nation.

Prime Minister Abiy Ahmed’s administration has said its troops have seized control of several Tigrayan towns, indicated the fall of its capital, Mekelle, is imminent and told diplomats the conflict is likely to be over in the next week or two. But Tigrayan President Debretsion Gebremichael says his forces have suffered minimal casualties and are strongly entrenched along the access routes leading toward Mekelle.

“Casualties are so high on the side of the invaders,” Debretsion said in a text message on Sunday. “Our forces are using trenches to defend their positions. As a result our cost is minimal, although I cannot provide the exact numbers.”

Abiy ordered the incursion into Tigray after months of tension between the federal government and the region’s ruling Tigray People’s Liberation Front, which has been politically sidelined since he took office in 2018. Tigrayan authorities say the fighting has displaced 100,000 people and the United Nations has warned that an additional 1.1 million people may need aid.

No official figures of the number of casualties are available. Most telecommunications to Tigray have been cut off, making it difficult to independently assess how the fighting is progressing.

Tigrayan authorities have observed that the government has mobilized reinforcements, while the same regional troop units have been used since the fighting started, Debretsion said.

The federal government said on Nov. 20 that its troops had a large swathe of territory in northern Tigray, and that a number of the regional authority’s troops and members of a militia that backed them had surrendered.

— With assistance by Michael Cohen