Even President Donald Trump isn’t prepared to say that the Republican Party will hold the House of Representatives in the upcoming midterms.

In an interview with Christian television network CBN on Air Force One on Wednesday, Trump was confident that the party would keep control of the Senate, but stopped short of saying the same for the House of Representatives.

“I think we’ll win the Senate, and I think we’re gonna do well on the House,” Trump said.

You can watch the interview segment below:

Polls show that Democrats have a strong chance of taking control of the House but that Republicans are likely to keep the Senate.

House Minority Leader Nancy Pelosi claimed on Wednesday to have total certainty that Democrats will retake the House.

“Let me say this. Up until today, I would’ve said, ‘If the election were held today, we would win,’ Pelosi said on “The Late Show with Stephen Colbert.”

When asked about Pelosi’s comments by CBN, Trump said that Pelosi had “been losing for a long time.”

“She’s been saying she’s gonna win for a long time, she hasn’t been doing too well. We’ll see what happens. I think we’re gonna do very well in the house also,” Trump said.

Trump traveling to Florida on Wednesday to attend a rally in support of Republican candidates in both races. 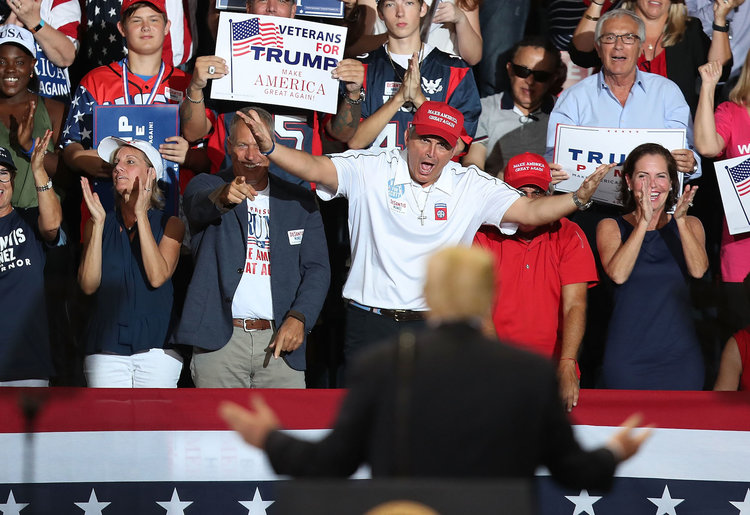 The crowd cheered as Donald Trump looked at them at a campaign rally for GOP midterm candidates in Florida. Joe Raedle/Getty Images

Earlier in the day, Trump positioned himself to pin blame on Speaker Paul Ryan if Republicans lost control of the House.

In a tweet, he said Ryan was spending too much time picking holes in a plan Trump says would end birthright citizenship rather than “holding the Majority.”

“Paul Ryan should be focusing on holding the Majority rather than giving his opinions on Birthright Citizenship, something he knows nothing about!,” Trump wrote.

He later told reporters that he was “not going to blame anybody” if Republicans lose the House, The Hill reported.