Ex-Democrat, WalkAway member describes BLM confrontation: They 'chased us down the street' 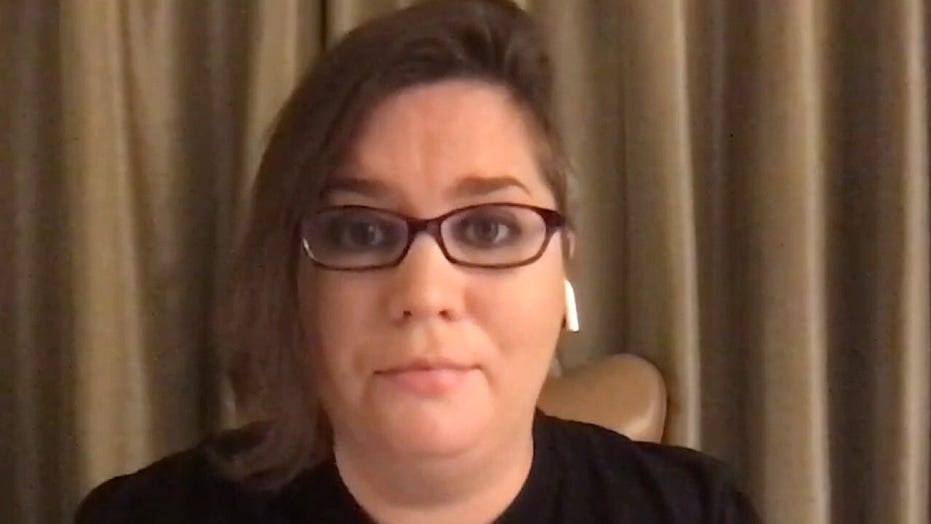 Rallygoers at a WalkAway Campaign event in Dallas on Saturday were confronted and chased by Black Lives Matter protesters simply for being in disagreement, WalkAway member Karlyn Borysenko told "Fox & Friends Weekend."

Borysenko said she and a few other participants had traveled to the local police station after one of their security guards and a BLM protester had been arrested for getting into an altercation. Once Borysenko and her party stepped out of their car, she said protesters "almost immediately" surrounded and began to chase them.

“We didn't even say anything to them,” she said. “We were minding our own business. … They immediately started screaming at us, throwing things at us and then chased us down the street to where there was a group of cops … that we were trying to get to protect us.”

The altercation turned physical, Borysenko revealed, when protesters began throwing bottles and street cones at the rally members. One member had his phone stolen and smashed, she said. 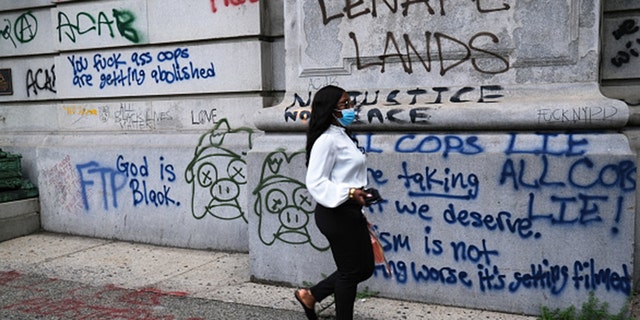 Newly painted graffiti marks a historic building near where protesters affiliated with Black Lives Matter and other groups have congregated in a park outside of City Hall in Lower Manhattan on June 30, 2020. (Photo by Spencer Platt/Getty Images)

“We committed the crime of standing on the street,” she said. “If it could happen to us, it could literally happen to anyone. They didn't know who we were from anyone else. And they just knew that they had seen us probably at the rally earlier in the day. And they knew that we disagreed with them. And that was the only crime we committed.”

Borysenko joined the WalkAway campaign – the movement for Democrats to drop radical leftism – and left the Democratic Party after attending a Trump rally, which she said made her realize that the media had been “absolutely lying” to her about Trump supporters.

“I was a Democrat for 20 years from the time I was 18 years old,” she said. “[I realized Trump supporters] were not deplorable people… It made me take a whole new look at everything. And I ended up leaving the Democratic Party… I was attacked and harassed by the left for weeks and weeks and weeks until I finally said, ‘enough is enough.’ And I started getting more involved with WalkAway events and sharing my story that it is not what the media makes it out to be."