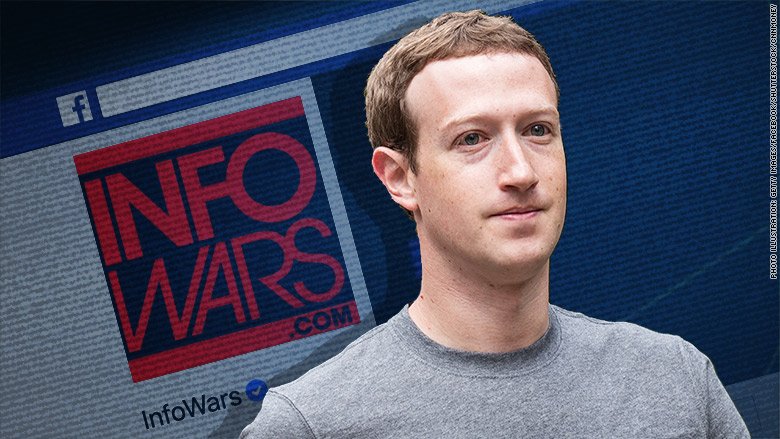 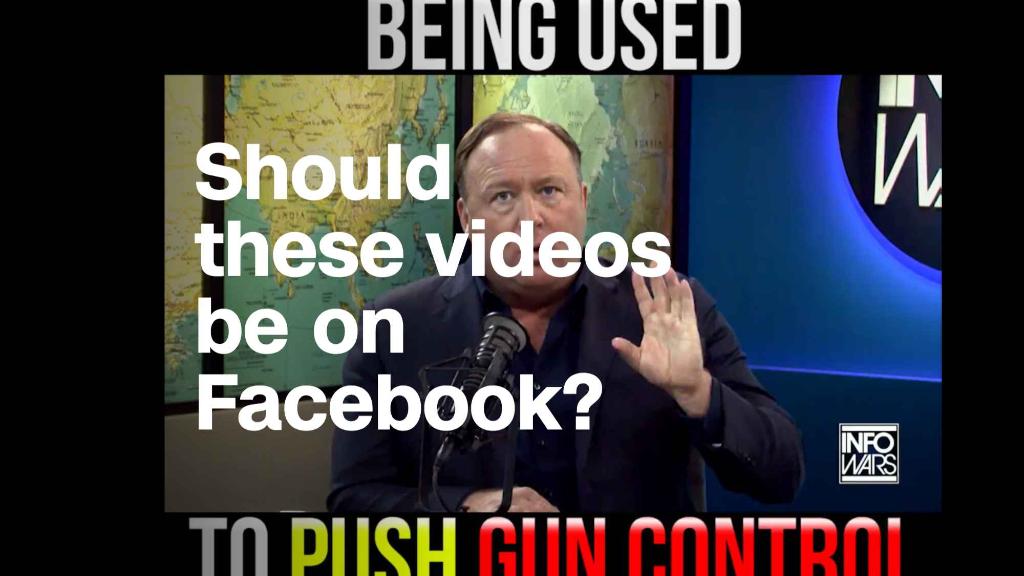 Facebook has said it finds claims that survivors of a violent tragedy are actually actors duping the public to be “abhorrent.” The company has said that content with such claims violates its community standards, and has pledged to remove such posts.

But when contacted by CNN over the last week about two InfoWars videos on Facebook which strongly suggest survivors of the Parkland shooting were acting, the company chose to leave the videos online.

The videos feature InfoWars founder Alex Jones and two other InfoWars personalities making a number of insinuations. Among them were that there is “a cover up going on” related to Parkland; casting doubt on the veracity of a video that Parkland survivor David Hogg filmed while the shooting was taking place, rhetorically asking, “How set up is that?”; implying that there is something sinister about Hogg having previously visited CNN and having a father who was in the FBI; and noting that some of the Parkland students advocating for gun control have a background in drama club.

One of the videos asked in big, bold letters, “Are child actors being used to push gun control in Florida shooting?”

In a statement, a Facebook spokesperson said the company had reviewed the videos and found that neither violated its community standards. Specifically, the Facebook spokesperson said, “No survivors were alleged to be lying, acting, or pretending to be a victim of the tragic event — nor were they accused of being paid to mislead people about their role in the tragedy.” In other words, because the InfoWars personalities never explicitly accused the Parkland students of being actors, the videos were in accordance with company guidelines.

It’s just one example of how Facebook’s rhetoric does not seem to line up with its actions. The company has pledged to tackle the issue of false news and misinformation, but it has allowed pages like InfoWars that produce such content to remain on the platform and to escape punitive measures it says are in place to stop bad behavior.

InfoWars is an organization notorious for spreading demonstrably false information and conspiracy theories on a host of issues, including suggesting that the Sandy Hook massacre was a hoax, and that the September 11 terrorist attacks were an inside job orchestrated by the US government.

InfoWars content appears to have thrived on Facebook over the past year. InfoWars’ videos have been viewed more than 92 million times, according to data from CrowdTangle, a social media analytics company owned by Facebook. The CrowdTangle data also showed that InfoWars’ page received 6.86 million interactions over the past year. For context, the National Review, a reputable conservative publication with a similarly-sized Facebook audience of slightly more than one million followers, received 2.78 million interactions and slightly more than 11 million video views over the past year.

Facebook has said that, in the interest of free expression, it has chosen not to ban the posting of false content, or pages like InfoWars which traffic in misinformation. Instead, it has decided to demote false content so that it’s visible to fewer people in News Feed. Additionally, when a user attempts to share a post with false misinformation on their page, Facebook says, it will also provide an alert that indicates alternative reporting exists on the matter from a more reliable source.

Additionally, Facebook has said that if a page is “repeatedly given a ‘false’ rating from our third-party fact checkers” the company will “remove their monetization and advertising privileges to cut off financial incentives.” And, the company has said, if a page’s content is repeatedly flagged by fact-checkers, it would “dramatically reduce the distribution of all their page-level or domain-level content on Facebook.”

But it appears that the InfoWars’ Facebook page has skirted a number of these disciplinary measures.

Facebook has failed to affix much of InfoWars’ conspiratorial and false content with fact checks. A Facebook spokesperson said when a piece of content is fact-checked, it is demoted and its audience is reduced by about 80% on average.

In a video it created in May promoting its efforts to combat misinformation, Facebook specifically pointed to PizzaGate, a fringe right-wing conspiracy theory that falsely linked top members of the Hillary Clinton team to an underground child sex ring, calling it “dangerous.” But multiple posts on InfoWars’ Facebook page share the theory — and do not appear to be affixed with a Facebook fact check. Nor was one added after CNN brought the posts to Facebook’s attention.

InfoWars does not appear to be choosing to monetize its content on Facebook. But despite the company policy that allows Facebook to pull monetization, InfoWars is still allowed to monetize on Facebook if it chooses to do so, the company spokesperson told CNN.

Over the past two weeks, Facebook has suffered a public relations crisis over how it handles misinformation and false news on its platform.

The trouble started for Facebook when it invited reporters last Wednesday to its Manhattan offices to tout the various ways in which it combats misinformation. Asked at the event by CNN how they can claim to be serious about tackling the problem of misinformation online while simultaneously allowing InfoWars to maintain a page with nearly one million followers, company executives struggled to provide an answer.

On Wednesday, when Facebook CEO Mark Zuckerberg attempted to explain Facebook’s position on the matter, he gave new fuel to the controversy by saying he did not know if Holocaust deniers intended to deceive others when sharing Holocaust-denying material. Zuckerberg later walked back his comments.