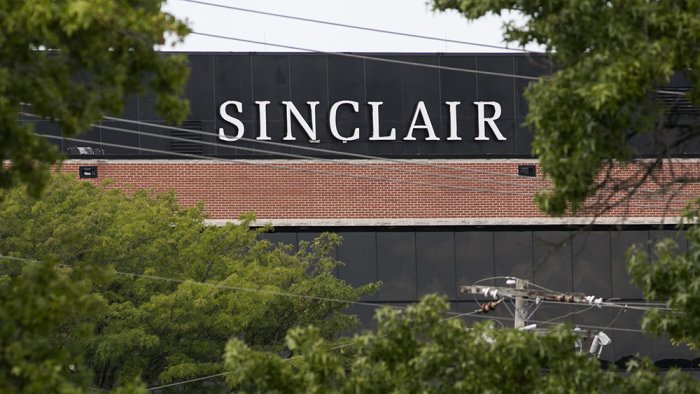 WASHINGTON — The FCC voted to send Sinclair Broadcast Group’s proposed merger with Tribune Media to an administrative hearing, something that will further delay the transaction and could jeopardize the deal altogether.

The FCC’s decision on Wednesday evening came even after Sinclair’s last-minute effort to revise its station divestiture plan and salvage its $3.9 billion acquisition. The unanimous vote suggests that they were unmodified by Sinclair’s response.

“This evening, the Commission unanimously voted to adopt a Hearing Designation Order regarding the Sinclair/Tribune transaction,” an FCC spokeswoman said. “We expect the Order will be released publicly tomorrow.”

The administrative hearing could add several months, and maybe much longer, to regulatory approval of a merger that has already experienced a number of bumps in the road.

Earlier on Wednesday, Sinclair said it would alter its merger plan in an attempt to alleviate concerns raised by FCC chairman Ajit Pai, who said he had “serious concerns about the Sinclair/Tribune transaction.”

“The evidence we’ve received suggests that certain station divestitures that have been proposed to the FCC would allow Sinclair to control those stations in practice, even if not in name, in violation of the law,” Pai said.

Sinclair’s revised plan calls for Sinclair to acquire Tribune’s WGN-TV Chicago as part of the larger transaction. Sinclair is proposing that Tribune-owned stations in Dallas (KDAF-TV) and Houston (KIAH-TV) will be put into a divestiture trust and sold in an arm’s length transaction by an independent trustee after the Tribune sale is closed.

Sinclair has also strongly denied any effort to mislead the FCC.

“While we understand that certain parties, which oppose the transaction object to certain of the buyers based on such buyers’ relationships with Sinclair, at no time have we withheld information or misled the FCC in any manner whatsoever with respect to the relationships or the structure of those relationships proposed as part of the Tribune acquisition,” Sinclair spokesman Ronn Torossian said. “Any suggestion to the contrary is unfounded and without factual basis.”

The Sinclair-Tribune deal has stirred opposition from many quarters, given that it would make Sinclair by far the nation’s largest TV station owner with more than 200 stations under one roof.

Sinclair’s divestiture plan for the deal has raised hackles from the start. Initially, the company planned to sell WPIX-TV New York and WGN-TV at below-market prices to entities with ties Sinclair. In April, Sinclair revised that plan, deciding to keep WPIX, but sell WGN-TV, KDAF, and KIAH to Cunningham Broadcasting, which has ties to Sinclair executives.

Sinclair has identified a total of 23 stations that will be sold to comply with federal TV station ownership rules. Sinclair already has an agreement to sell nine medium-sized market stations to Fox Television Stations after the Tribune deal closes. Fox is unlikely to be a contender for the Dallas or Houston stations because it already owns two stations in both of those markets.