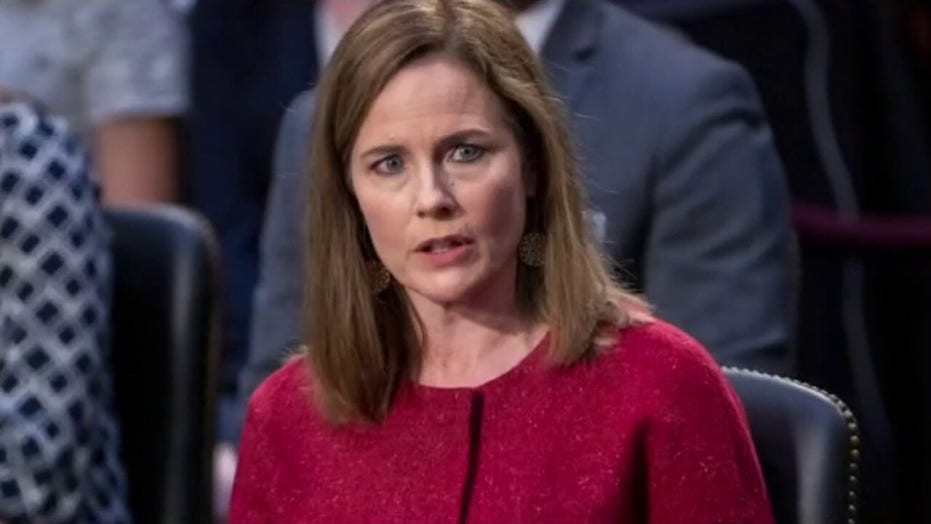 Senate Republicans Wednesday spoke out against Supreme Court packing and pushed for a constitutional amendment to ban expanding the number of justices beyond nine, in anticipation of Democrats' efforts to restructure the court.

“I can't think of a more destabilizing event for America than changing the number of [justices] on the Supreme Court every election cycle because it becomes a winner take all for the Court," said Sen. Lindsey Graham, R-S.C., the chairman of the Senate Judiciary Committee.

Graham said expanding the number of justices would destroy the independence of the judiciary and he urged colleagues to sign onto an effort to block court-packing to solidify that "we're sticking with nine. Nine has served us well.”

In March 2019, Sen. Marco Rubio, R-Fla., introduced a constitutional amendment to limit the Supreme Court to nine justices, in anticipation that Democrats would attempt to pack the court.

He said he chuckles when he hears Democrats say they'll have to wait to the outcome of the Amy Coney Barrett confirmation vote to determine whether they would favor expanding the court.

"They were going to do that anyway and that's why our amendment was filed a year and a half ago," Rubio said.

"It's our hope that eventually, we'll be able to get a vote and … people will have to be on the record about whether they think it's a good idea to destabilize one of the three branches of government by a court-packing scheme."

The issue of court-packing has come to the forefront since the Sept. 18 death of Justice Ruth Bader Ginsburg, a liberal icon, and Republican efforts to confirm the conservative Barrett Monday, just over a week before Americans have a chance to decide the next president and control of the Senate.

Democrats have cried hypocrisy since four years ago Republicans held up the confirmation hearings of President Obama's nominee, Judge Merrick Garland, to fill the vacancy left by Justice Antonin Scalia's death on Feb. 13, 2016 — nine months before the election — claiming the American people should decide the next president first.

Senate Minority Leader Chuck Schumer, D-N.Y., said "nothing is off the table" if Republicans successfully push through the Barrett nomination and cement a 6-3 conservative tilt of the Supreme Court. If Democrats win in November some have called for adding more justices and ending the filibuster in the Senate.

"Mitch McConnell set the precedent. No Supreme Court vacancies filled in an election year," Sen. Ed Markey, D-Mass., tweeted shortly after Ginsburg's death. "If he violates it, when Democrats control the Senate in the next Congress, we must abolish the filibuster and expand the Supreme Court."

Sen. Steve Daines, R-Mont., predicted if Democrats win Schumer will move on court-packing and statehood for the District of Columbia and Puerto Rico, which would add more senators to the upper chamber.

"This is an unprecedented power grab," Daines said. "….Moving the Supreme Court to 11 or 13 justices is exactly what Chuck Schumer will do if he gets control of the Senate."

Schumer has not put forth any court-packing proposal.

Democratic presidential nominee Joe Biden previously called court-packing a "bonehead idea" and said last week “I have not been a fan of court packing." He's avoided taking a clear stance on court packing before the election, but signaled recently he'd make his position clearer after he assesses how Republicans handle the Barrett confirmation.