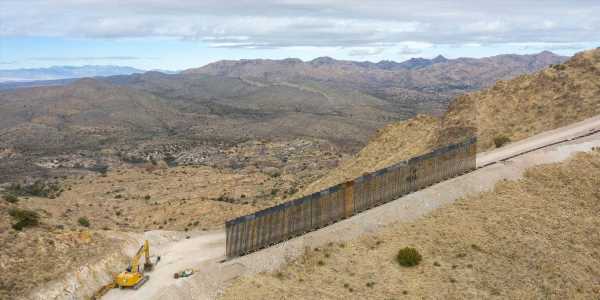 All along the US-Mexico border, the machines are silent. On January 20, President Joe Biden gave workers seven days to wind down construction on President Donald Trump’s signature project, the border wall.

That work has now paused while the Biden administration reviews all contracts and the costs of “terminating or repurposing” them. 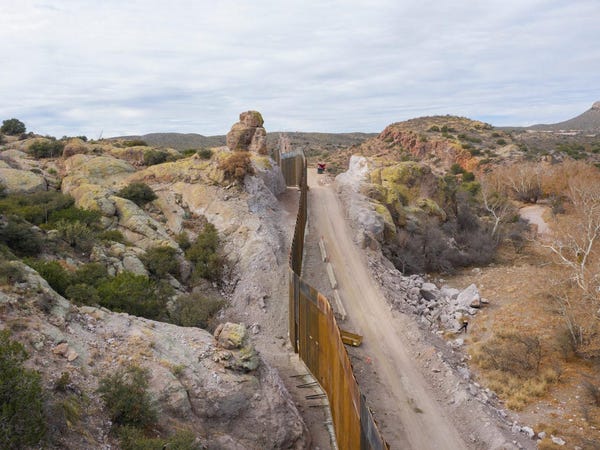 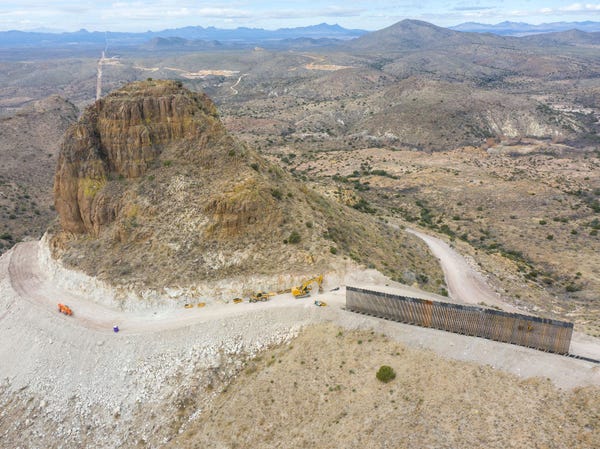 A total of 453 miles of new primary or secondary barrier were completed under Trump.

Much of this is a continuous barrier along flat land, without the gaps and problems documented in this post. Nonetheless, the project has left some areas, especially around southeastern Arizona, in disarray.

Towards the end of Trump’s term, contractors rushed to tackle arduous terrain, carving access roads and blasting staging areas into areas that campaigners said would never actually be completed.

Insider commissioned photographer John Darwin Kurc to document those parts of the border where work has suddenly stopped.

Kurc has made no secret that he opposes the border wall, and has spent months documenting the project and its impact on the environment. 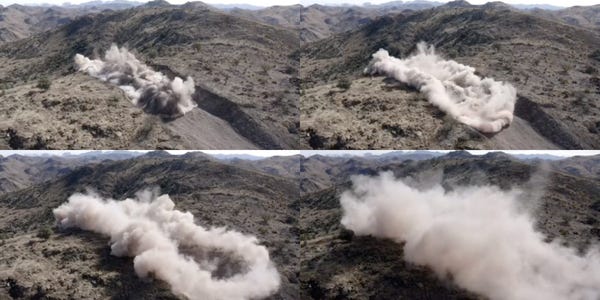 Massive staging areas and rough access roads — built to service the vehicles and construction workers in what had been pristine wilderness — are either empty, or parking lots for machinery.

Here is a now-abandoned staging area east of Douglas, Arizona, on February 5:

In Arizona’s mountainous regions, the stalled project has left lone segments of wall perched on steep outcrops, in areas that campaigners say were too inhospitable for people to attempt to cross anyway. 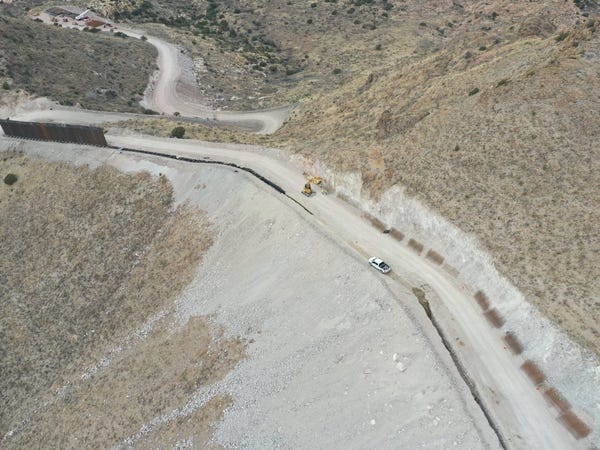 Laiken Jordahl, a borderlands campaigner for the Center for Biological Diversity, described a similar scene in Coronado National Memorial, an otherwise-protected landscape. He called it “completely surreal.”

“We’ve got a mile section of wall standing as an island in the middle of these rugged mountains, with nothing on either side of it,” he told Insider.

“It’s got half-dynamited hillsides that will just start eroding away as soon as it rains, destroying more habitat and wilderness land.

“It’s infuriating, they’ve destroyed so much in order to put up this tiny section of wall in the middle of a beautiful national park and national forest land.” 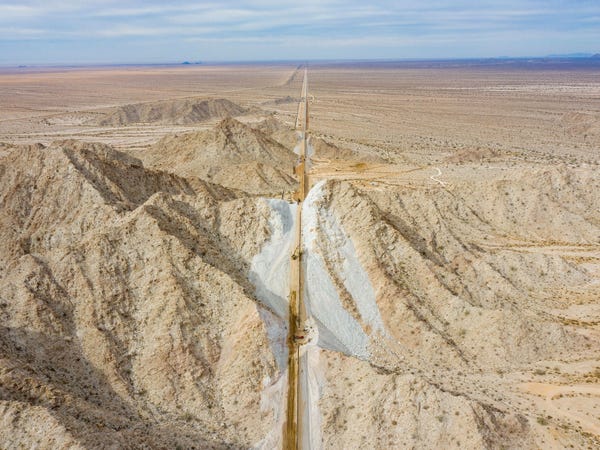 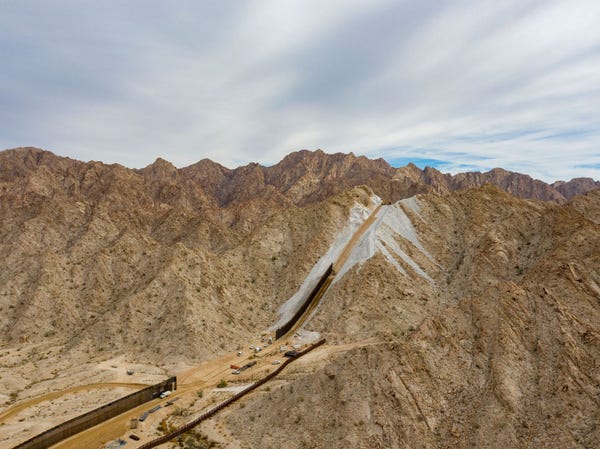 The campaigners also said that in some mountainous locations, the construction had achieved the opposite to Trump’s aim, making border security worse.

They argue that switchback access roads, such as the one pictured below in Coronado National Forest, Arizona, make the land much more passable to foot traffic. 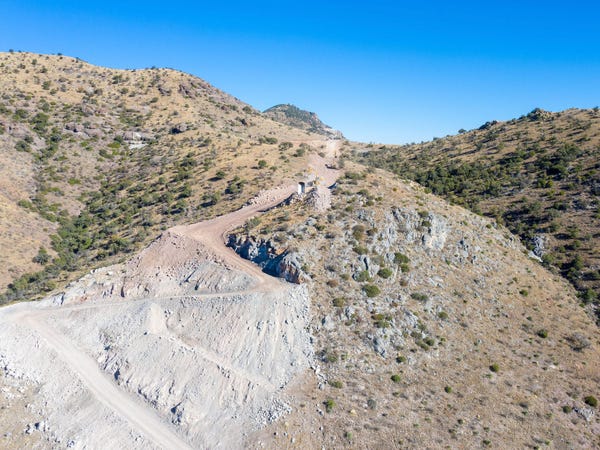 Another example is this completely new set of routes leading to the border wall site east of the Sasabe point of entry. The wall stops short, and just beyond it is a road to the rest of the US. 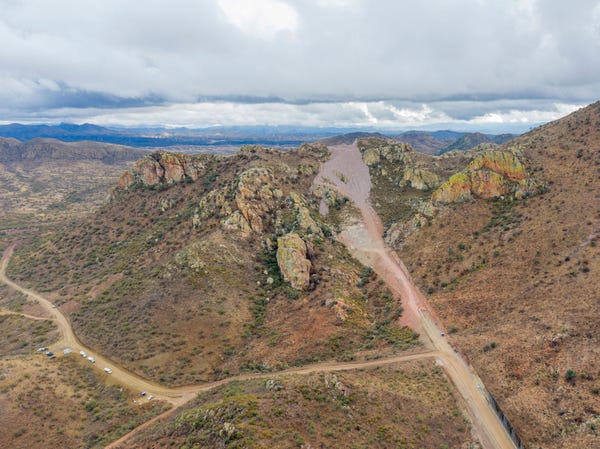 Below, progress of the wall has stopped short of an artificial canyon blasted through a peak known informally as “Shadow Mountain,” according to Kurc (a separate place to the popular hiking spot of that name near Phoenix). 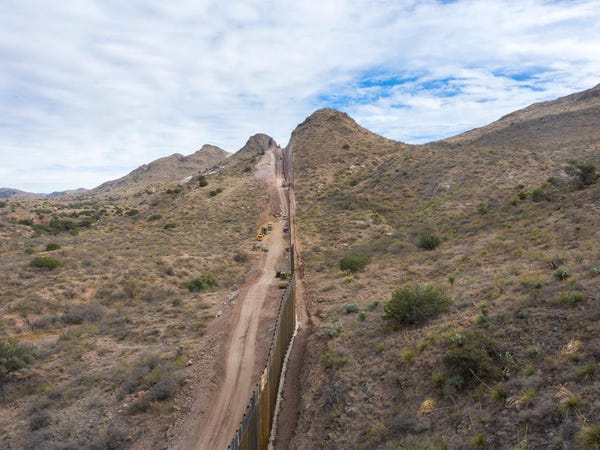 Jordahl, the campaigner, said: “In Guadalupe Canyon, the giant scar that they’ve gouged through this mountain in order to build the wall, it just defies all logic.”

“You’re going to have a wall in a trench with the a hundred foot cliff to the south of it and a place where clearly no human being could ever cross.”

Just below this peak, a gap also remains in a spot designed for a doorway: 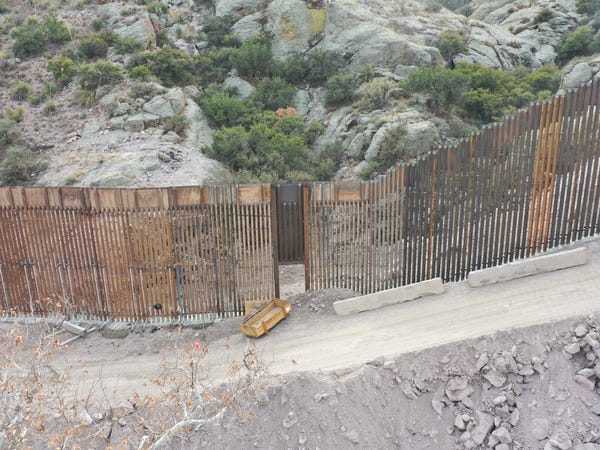 At Cuenca Los Ojos, an obelisk demarcating the Mexico-US border stands at an unfinished doorway in the wall. 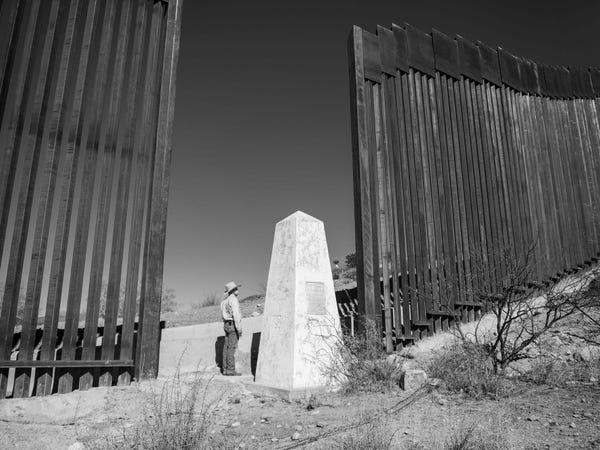 Conservationists are cautiously relieved at the sudden silence.

“We’ve seen these staging areas where it used to be just hundreds of people buzzing about just totally empty, for the first time in years,” Jordahl told Insider.

“It’s actually quiet out on the border. It’s pretty surreal just because at all of these places, there used to just be incessant construction activity. And now it’s just deserted.” 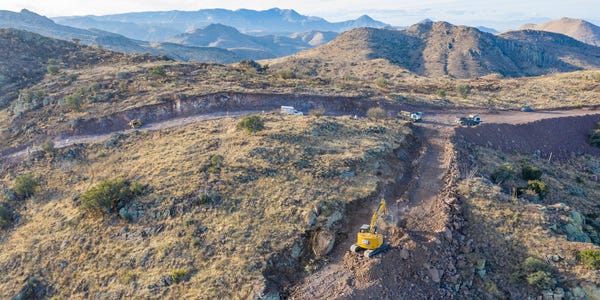