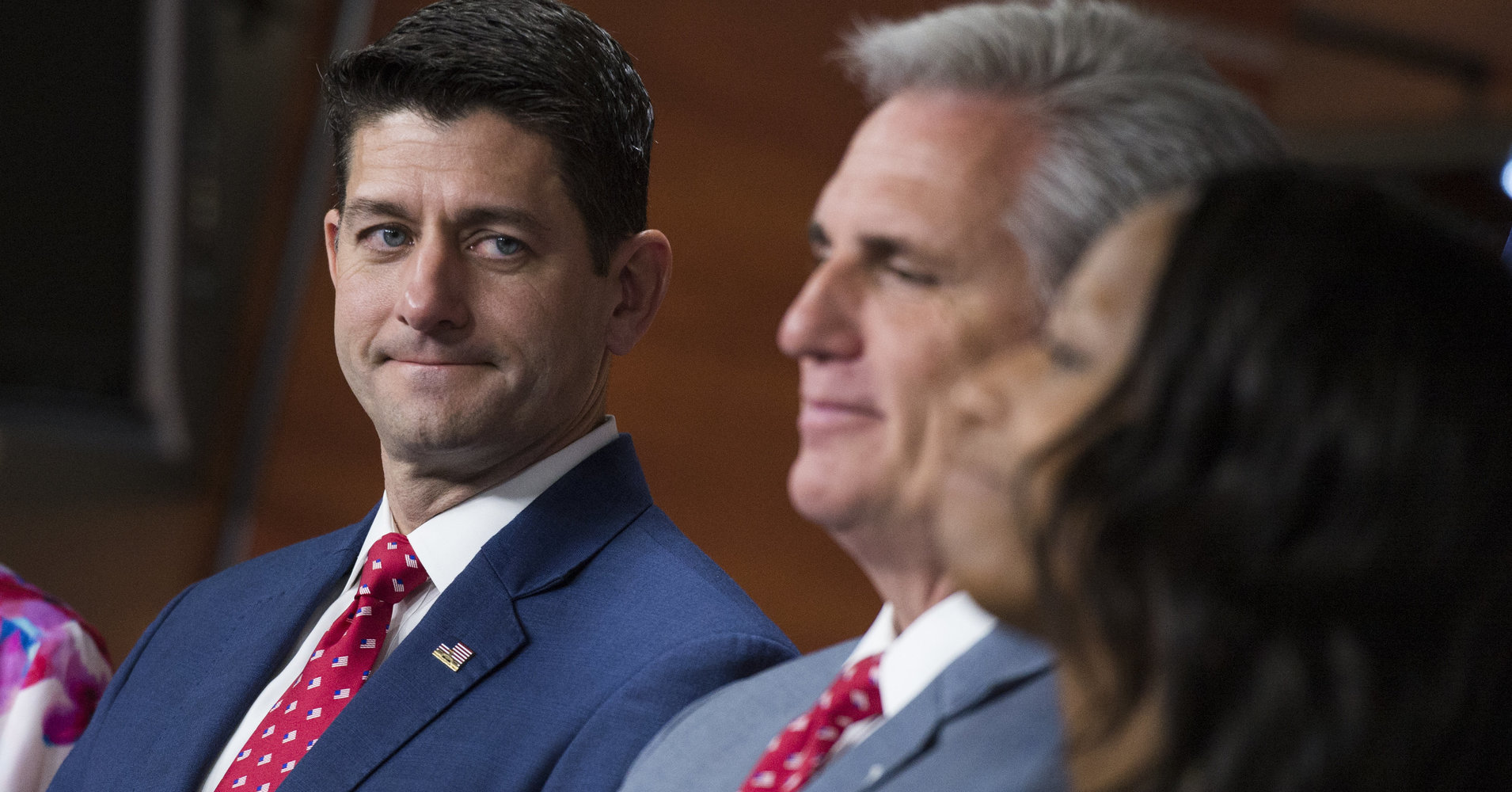 House Republicans Pass Immigration Resolution To Own The Libs

House Republicans finally succeeded in approving immigration legislation Wednesday, after multiple failures at sweeping bills to crack down on the border, address family separations and offer protections to young people who came to the U.S. as kids.

The measure the House approved doesn’t do any of those things. It’s not even actually a bill. But the non-binding resolution stating the support of Congress for the increasingly controversial Immigration and Customs Enforcement agency does something else that’s a top priority in Washington: It gives politicians something to talk about in the next election.

With the help of Democrats, House Republicans muscled through their symbolic resolution in support of ICE, the agency responsible for arresting and deporting undocumented immigrants.

The resolution was agreed to 244-35 under a special expedited procedure requiring two-thirds majority, with 133 Democrats voting present. Eighteen Democrats joined 226 Republicans to vote in support of ICE, while 34 Democrats and one Republican ― Justin Amash of Michigan ― opposed the resolution.

Ironically, because Democrats chose to vote present, those lawmakers effectively lowered the two-thirds threshold needed for the resolution to be adopted. (The resolution would not have been agreed to if Democrats voting present had voted no, though Republicans could have ultimately brought the resolution up for a vote under the normal floor process that would have only required a simple majority.)

Either way, Republicans got what they wanted from the vote: They divided Democrats over the ICE issue.

Republicans had initially announced last week that they would vote on a Democratic bill to “abolish ICE,” which has become a bit of a far-left cry on Twitter and on the campaign trail for insurgent Democrats like Alexandria Ocasio-Cortez of New York. Reps. Adriano Espaillat (D-N.Y.), Mark Pocan (D-Wis.) and Pramila Jayapal (D-Wash.) introduced a bill last week that would terminate ICE and transfer some of its responsibilities to other agencies, such as enforcement of trafficking, drug smuggling and organized crime.

But once Republicans suggested they might hold a vote on that bill ― something that seldom happens with partisan bills by the minority party ― Democrats said they wouldn’t engage in the GOP game and would instead oppose the “abolish ICE” bill on the floor. So Republican leaders pivoted, deciding to hold a vote on a resolution stating support for the agency instead, hoping that vote would split Democrats and give Republicans the opportunity to show they back ICE ― and to blast Democratic opponents who don’t.

“They wanted the glory of introducing a bill to the far left of their own party, but they didn’t have the guts to accept the consequences,” Majority Leader Kevin McCarthy (R-Calif.) said on the House floor. “That’s the kind of leadership that the Democrats have to offer.”

President Donald Trump, who has pushed for an expansion of ICE, has also started using calls to abolish ICE as incentive for voters to support Republicans.

The resolution states that it’s the sense of Congress that eliminating ICE would lead to more crime and open borders and that calls to abolish the agency are “an insult to these heroic law enforcement officers who make sacrifices every day to secure our borders, enforce our laws, and protect our safety and security.”

While 18 Democrats voted for the resolution, most followed their leadership and voted present ― neither a yes nor a no, though Republicans are likely to frame anything but an affirmative vote as an attack on ICE anyway. Thirty-four Democrats voted against the resolution, including Espaillat, an original sponsor of the bill to abolish ICE.

He, like many other Democrats, used debate over the ICE resolution as an opportunity to talk about family separation policies at the border ― an issue Republicans in Congress have not addressed legislatively.

“We are witnessing a human rights crisis, and I voted ‘NO’ against H. Res. 990 as I cannot support this Republican attempt to sweep critical matters such as family separation under the rug,” Espaillat said in a statement after the vote. “I fully stand by my original position that the agency must be dismantled.”