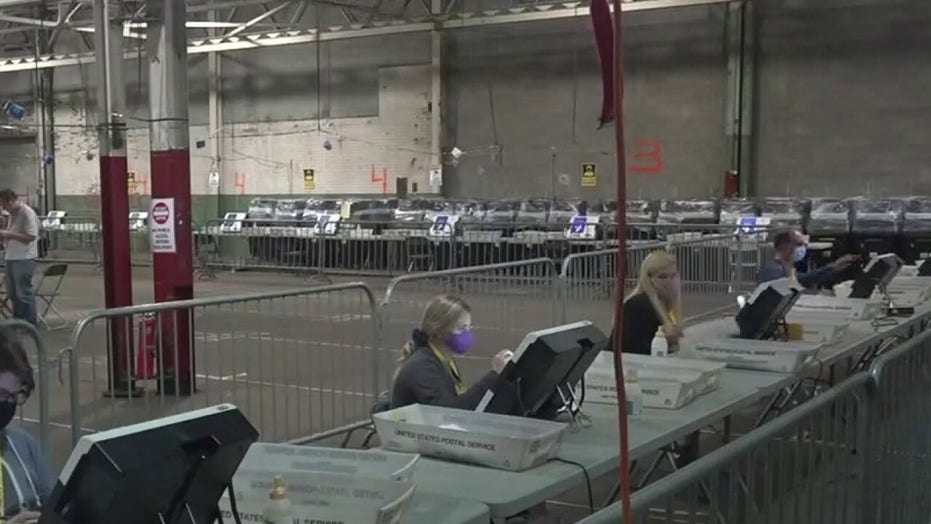 Boxes of uncounted ballots have turned up in different parts of Puerto Rico a week after its Nov. 3 election run alongside the U.S. election, according to a report.

At least 180 boxes of votes from all over the island have been found, election officials said Tuesday, the Miami Herald reported.

“We don’t know exactly how much is in there,” Roberto Iván Aponte, the electoral commissioner of the Puerto Rican Independence Party, said, according to the Herald.

The Absentee and Early Vote Administrative Board is now in possession of the ballots, he said. 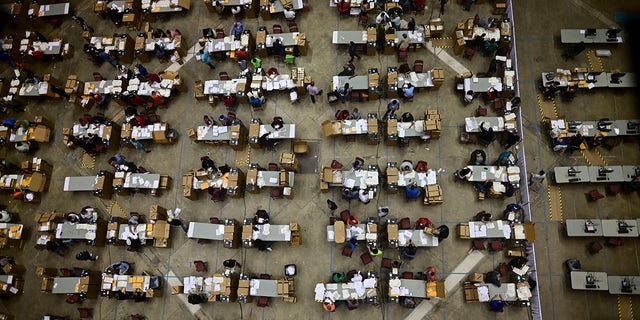 Officials count early votes at the Roberto Clemente Coliseum where social distancing is possible amid the COVID-19 pandemic, during general elections in San Juan, Puerto Rico, Tuesday, Nov. 3, 2020. In addition to electing a governor, Puerto Ricans are voting in a non-binding referendum on statehood. (AP Photo/Carlos Giusti)

The Puerto Rico State Elections Commission said the problem happened because of the higher number of voters casting their ballots by mail – more than 227,000.

“If it had been a smaller amount, it would have been carried out without any problem, because on Election Day there was no problem,” Aponte said. “The big problem is how this early voting issue was handled.”

Nicolás Gautier, the electoral commissioner of the Popular Democratic Party, said, “I’m not leaving here until I fix this mess that just happened so it doesn’t happen again in the future.”

This comes just months after the island suspended its primary after several polling locations never received ballots in August, the newspaper reported.

Election officials said the outstanding ballots could affect the preliminary results, which include races for governors, legislators, and mayors.

“Trust the transparency of the process, that all the votes here are going to be counted,” new commission president Francisco Rosado Colomer said in a press conference. “Your vote has weight and is valid for the commission.”

Puerto Rico has long been a model in Latin America on how to run democratic elections.

The ballots in the boxes are on top of another 7,000 absentee ballots mostly from patients in hospitals, prisoners, and other ballots that haven’t been returned, the Herald reported. It wasn’t clear what the deadline to have a ballot returned is on the island.

In the U.S., President Trump has alleged voting fraud and continues to file lawsuits in several states where President-elect Joe Biden has been projected as the winner or remains ahead in the vote count. Fox News projected Biden had won the election after he was declared the winner in Pennsylvania Saturday.

Trump’s team has offered little substantiated evidence to back up their fraud claims.

While Puerto Ricans are U.S. citizens, Puerto Rico’s election is separate from the U.S. election and they don't get to vote for the U.S. president.