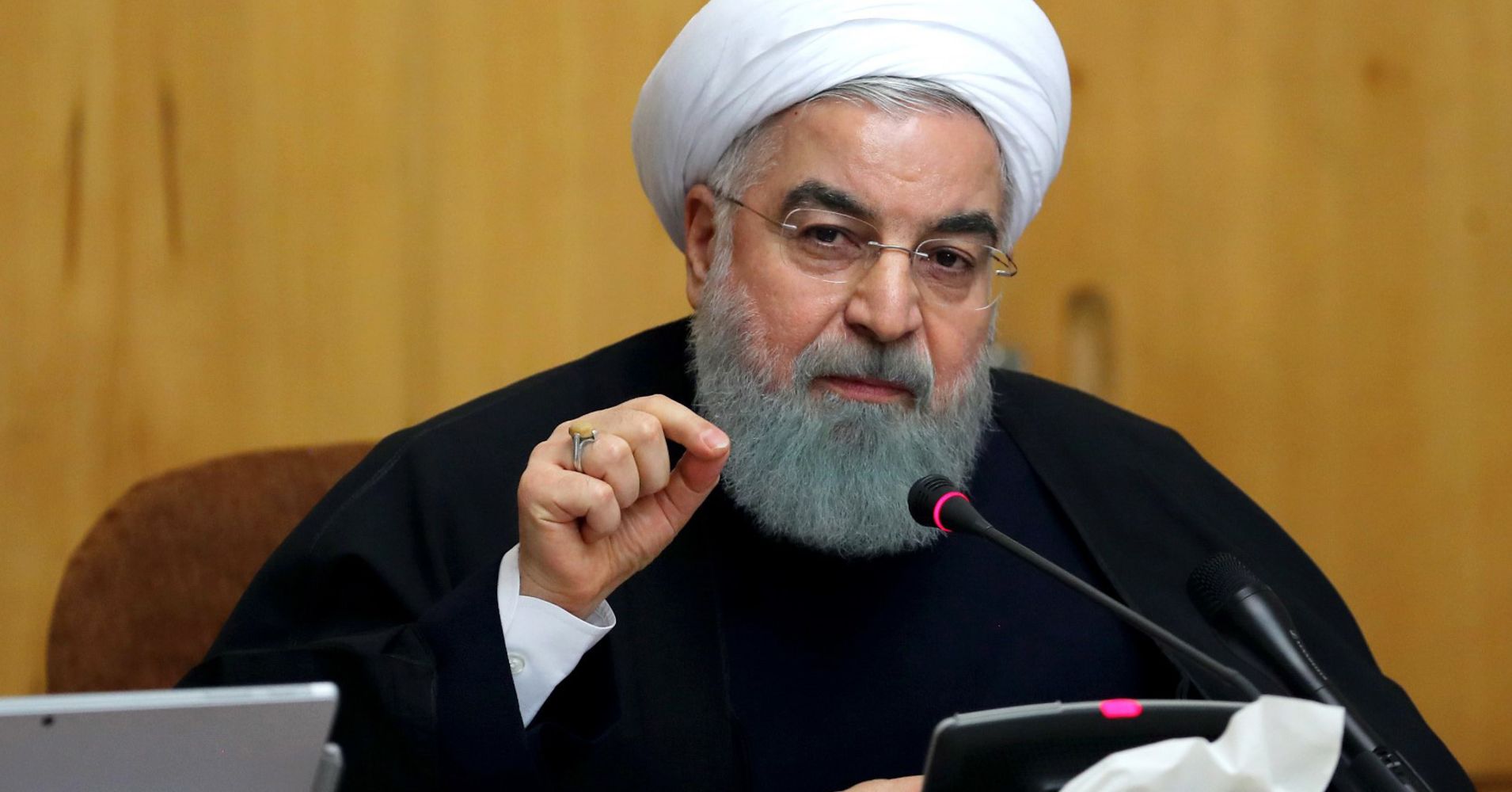 Iranians on Monday shrugged off the possibility that a bellicose exchange of words between President Donald Trump and his Iranian counterpart could escalate into military conflict, but expressed growing concern America’s stepped-up sanctions could damage their fragile economy.

In his latest salvo, Trump tweeted late on Sunday that hostile threats from Iran could bring dire consequences.

Trump tweeted: “NEVER EVER THREATEN THE UNITED STATES AGAIN OR YOU WILL SUFFER CONSEQUENCES THE LIKE OF WHICH FEW THROUGHOUT HISTORY HAVE EVER SUFFERED BEFORE.”

Within hours, Iran’s state-owned news agency IRNA dismissed the tweet, describing it as a “passive reaction” to Rouhani’s remarks.

On Tehran streets, residents took the exchange in stride.

“Both America and Iran have threatened one another in different ways for several years,” shrugged Mohsen Taheri, a 58-year-old publisher.

A headline on a local newspaper quoted Rouhani as saying: “Mr. Trump, do not play with the lion’s tail.”

Prominent Iranian political analyst Seed Leilaz downplayed the war of words, saying it was in his opinion “the storm before the calm.”

Leilaz told The Associated Press he was not “worried about the remarks and tweets,” and that “neither Iran, nor any other country is interested in escalating tensions in the region.”

Citing harsh words the United States and North Korea had exchanged before the high-profile summit between Trump and North Korean leader Kim Jong Un, Leilaz said Trump and Kim got “closer” despite the warring words.

Trump’s eruption on Twitter came after a week of heavy controversy about Russian meddling in the U.S. 2016 election, following the Helsinki summit with Russian President Vladimir Putin.

Israeli Prime Minister Benjamin Netanyahu praised the U.S. president’s “strong stance” after years in which the Iranian “regime was pampered by world powers.”

Trump earlier this year pulled the U.S. out of the international deal meant to prevent Tehran from developing a nuclear weapon and ordered increased American sanctions, as well as threatening penalties for companies from other countries that continue to do business with Iran.

With the economic pressure, Trump said earlier this month that “at a certain point they’re going to call me and say ‘let’s make a deal,’ and we’ll make a deal.”

Iran has rejected talks with the U.S., and Rouhani has accused the U.S. of stoking an “economic war.”

Rouhani also suggested Iran could immediately ramp up its production of uranium in response to U.S. pressure. Potentially that would escalate the very situation the nuclear deal sought to avoid — an Iran with a stockpile of enriched uranium that could lead to making atomic bombs.

Trump’s tweet suggested he has little patience with the trading of hostile messages with Iran, using exceptionally strong language and writing the all-capitalized tweet.

“WE ARE NO LONGER A COUNTRY THAT WILL STAND FOR YOUR DEMENTED WORDS OF VIOLENCE & DEATH. BE CAUTIOUS!,” he wrote.

Another Tehran resident, Mehdi Naderi, fretted that the U.S. measures and his own government’s policies are damaging the lives of the average Iranian.

“America is threatening the Iranian people with its sanctions and our government is doing the same with its incompetence and mismanagement,” said the self-employed 35-year-old.

Trump has a history of firing off heated tweets that seem to quickly escalate long-standing disputes with leaders of nations at odds with the U.S.

In the case of North Korea, the public war of words cooled quickly and gradually led to the high profile summit and denuclearization talks. There has been little tangible progress in a global push to rid North Korea of its nuclear weapons program since the historic Trump-Kim summit on June 12.

U.S. Secretary of State Mike Pompeo flew to Pyongyang for follow-up talks earlier this month, but the two sides showed conflicting accounts of the talks. North’s Foreign Ministry accused the United States of making “gangster-like” demands for its unilateral disarmament.

Some experts say Kim is using diplomacy as a way to win outside concessions and weaken U.S.-led international sanctions.

Many in Iran have expressed frustration that Trump has seemed willing to engage with North Korea, which has openly boasted of producing nuclear weapons, but not Iran, which signed the landmark 2015 nuclear deal with world powers.

Since Trump pulled out of the deal, other nations involved — Germany, Britain, France, Russia, and China as well as the European Union — have reaffirmed their support for the deal and have been working to try and keep Iran on board.

“Iran is angry since Trump responded to Tehran’s engagement diplomacy by pulling the U.S. out of the nuclear deal,” Iranian lawmaker Heshmatollah Falahatpisheh told the AP.

“They express themselves through speeches since diplomatic channels are closed,” said Falahatpisheh who heads the influential parliamentary committee on national security and foreign policy.

On Sunday in California, Pompeo was strongly critical of Iran, calling its religious leaders “hypocritical holy men” who amassed vast sums of wealth while allowing their people to suffer.

In the speech at the Ronald Reagan Presidential Library and Museum, Pompeo castigated Iran’s political, judicial and military leaders, accusing several by name of participating in widespread corruption. He also said the government has “heartlessly repressed its own people’s human rights, dignity and fundamental freedoms.”

He said despite poor treatment by their leaders, “the proud Iranian people are not staying silent about their government’s many abuses,” Pompeo said.

“And the United States under President Trump will not stay silent either.”