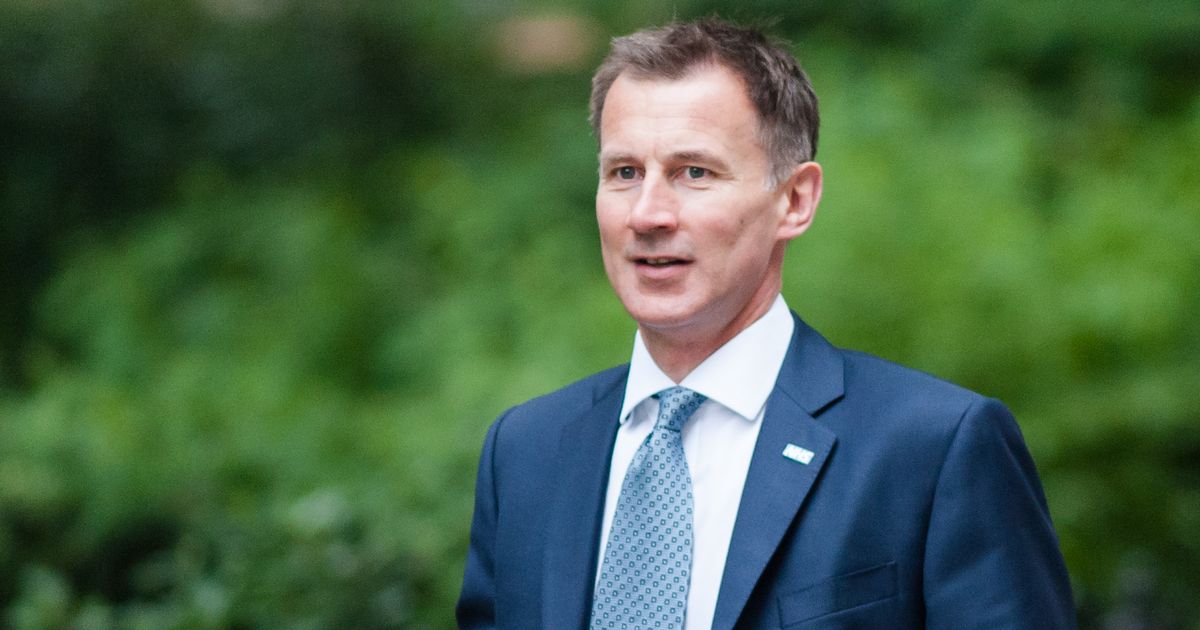 The multi-millionaire Remainer-turned-Brexiteer was announced as Boris Johnson’s replacement after a short meeting in No 10.

Mr Hunt, 51, who is hated by doctors and nursing staff for controversial reforms, turned down previous offers of promotion, insisting he was committed to the NHS.

But four days after the health service marked its 70th birthday, he left the post of Health Secretary.

The Surrey Heath MP, who is tipped as a future Tory leader held the job for six years – making him the longest-ever holder of the role.

During that time he became locked in a bitter dispute with Junior doctors over changes to their contracts – leading to unprecedented strikes.

He also oversaw the scrapping of the nursing bursary which has led to huge problems in recruitment of nurses.

He was also at the helm last winter when the NHS was forced to ration treatments and cancel operations in record numbers to avoid the service going into meltdown.

Prior to taking over at Health, Mr Hunt served as Culture Secretary from 2010 to 2012 when his career was almost derailed by the phone hacking scandal amid claims over the Government close links to Rupert Murdoch.

And he was blasted in 2011 for spending more than £2,500 of taxpayers’ cash learning Mandarin, despite having a Chinese wife.

In January last year, he sold his business Hotcourses, which runs websites listing courses for students, netting him an estimated £15million, making him one of Parliament’s richest MPs.

He said: “Jeremy Hunt has overseen the worst collapse in patient standards of any Health Secretary in the history of the NHS.

“His time in charge will be remembered for soaring waiting lists, huge staffing shortages, and patients left with treatments rationed and operations cancelled in record numbers.

“It is an astonishing measure of the meltdown at the heart of the Tory Government that this catalogue of failure is rewarded with promotion rather than the sack.

"Theresa May should call an end to this shambolic farce. Britain needs a functioning Government, not this revolving door of failure.”

On taking the job Mr Hunt said he would be standing "four square" behind the Prime Minister in her efforts to secure a Brexit deal.

"My principal job at a time of massive importance for our country is to stand four square behind the Prime Minister so that we can get through an agreement with the European Union based on what was agreed by the Cabinet last week at Chequers," he said.

"This is a time when the world is looking at us as a country, wondering what type of country we are going to be in a post-Brexit world.

"What I want to say to them is Britain is going to be a dependable ally, a country that stands up for the values that matter to the people of this country, and will be a strong confident voice in the world."

He tweeted: “Huge honour to be appointed Foreign Secretary at this critical moment in our country’s history. Time to back our PM to get a great Brexit deal – it’s now or never…

“Massive wrench for me to leave health – I know some staff haven’t found me the easiest Health Sec but the NHS, and particularly patient safety, has become my passion & it really was the greatest privilege of my life to serve for so many years.

He added: “Couldn’t ask for a better successor than Matt Hancock to take forward long term NHS plan with his brilliant understanding of the power of technology. The new NHS app will be in safe hands!”

Matt Hancock was promoted from culture secretary to replace Mr Hunt at Health and Social Care.

Mr Hancock is seen as an ultra-loyalist who has spoken out against social media firms since being given the Digital, Culture, Media and Sport job just six months ago.

Jeremy Wright was switched from Attorney General – the Government’s top law officer and a post he has held for four years – to take up Mr Hancock’s role at Culture.

Prime Minister Theresa May has been severely weakened after Boris Johnson became the second cabinet minister to quit less than 24 hours after Brexit Secretary David Davis resigned in protest at Mrs May’s "dangerous" plan to keep close links with the EU.

Chaos as Boris Johnson and David Davis resign over Brexit

In a damning resignation letter, Mr Johnson warned "we are truly headed for the status of a colony" and said: "Brexit should be about opportunity and hope… That dream is dying, suffocated by needless self-doubt."

Chaos as Boris Johnson and David Davis resign over Brexit

He added: "It is as though we are sending our vanguard into battle with the white flags fluttering above them."

The Prime Minister is now dangling by a thread as she faces the prospect of a leadership challenge. To trigger one takes just 48 MPs calling for her to go.

She was jeered by MPs in the Commons as she tried to pay tribute to Mr Johnson’s "passion" for "promoting a global Britain to the world." And MPs burst out laughing as she claimed her Brexit plan was "challenging for the EU".

But tonight the defiant PM vowed to fight on. Asked whether she would contest any vote on a confidence motion in her leadership, her spokesman said: "Yes."