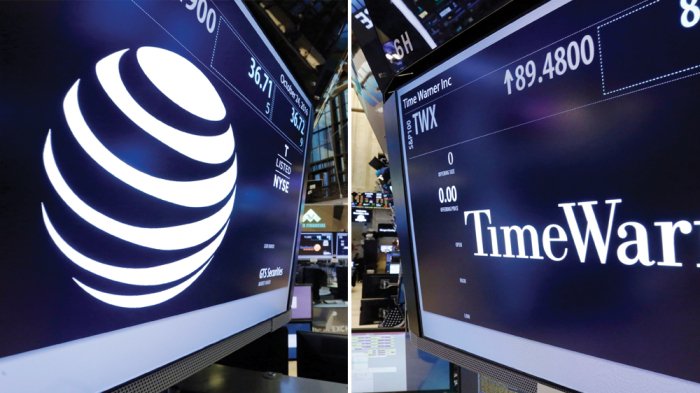 WASHINGTON — Justice Department lawyers say that a federal judge “rejected fundamental principles of economics” in his decision in favor of AT&T’s merger with Time Warner, and are asking for an expedited appeal “in order to preserve competition and clarify the proper analysis of vertical mergers.”

The Justice Department’s Antitrust Division filing on Wednesday shed further light on how it plans to argue that U.S. District Judge Richard Leon’s decision was in error.

The DOJ is asking for a brisk set of briefing deadlines in the coming months, with oral arguments coming after the final filings on Oct. 18. The government noted that they consulted with AT&T in setting up the schedule.

The government argues that because AT&T and Time Warner have already consummated their merger, time is of the essence. AT&T has committed to keeping its Turner division separate pending an appeal, but only until Feb. 28, 2019.

“If the appeal is not decided by then, AT&T immediately can be expected to exercise the increased bargaining leverage that it would gain from control of Turner,” the Justice Department said. “This leverage likely would impact negotiations for Turner’s contracts with AT&T’s rival distributors that are expiring in 2018 and 2019.”

Leon, in his opinion, rejected all of the government’s arguments, including that AT&T would gain leverage extract higher carriage fees from its rivals for the Turner networks, which include CNN, TBS and TNT. Those costs, the government argued, would be passed on to pay-TV consumers.

The Justice Department, in a filing in the D.C. Circuit Court of Appeals, said that their case was “based on well-accepted and non-controversial economic principles of bargaining, but the district court effectively discarded those principles and their logical implication that the merged firm will raise prices to its rivals.”

A big chunk of the trial focused on the issue of channel blackouts, and the extent to which they are used as threats in carriage negotiations. AT&T and Time Warner, though, attacked the government’s premise, and argued that a Turner blackout actually would do more harm than good because of the potential loss of subscriber fees and ad revenue.

In its appellate filing, the DOJ took issue with Leon’s finding that Turner “would not be incentivized to actually engage in a long-term blackout with a distributor.”

Justice Department attorneys wrote that “this fundamental economic insight, which the district court rejected, does not depend on Turner’s actually blacking out certain distributors post-merger. Instead, because the merger makes the combined AT&T/Time Warner less vulnerable to economic harm in the event no deal is struck (because AT&T’s DirecTV will gain subscribers who switch away from distributor-competitors), the merged firm can and will credibly hold out for higher fees than before the merger.

“The possibility of a blackout is the key to leverage, and witness testimony established that industry participants plan for blackouts and project the costs even though such breakdowns in negotiations are rare.”

Leon also found the government’s bargaining model — which showed that pay TV subscribers would see a price increase in their monthly bills because of the merger — unconvincing.

The Justice Department, though, said that Leon’s criticisms were misguided.

The DOJ said that “the ‘assumption’ the court criticized was the fundamental economic principle, recognized in case law, that the merged firm would maximize its corporate-wide profits (rather than instruct Turner and DirecTV to operate independently at the expense of overall profits to the parent corporation). This basic economic axiom of corporate-wide profit maximization forms the basis for much of corporate and antitrust law.”