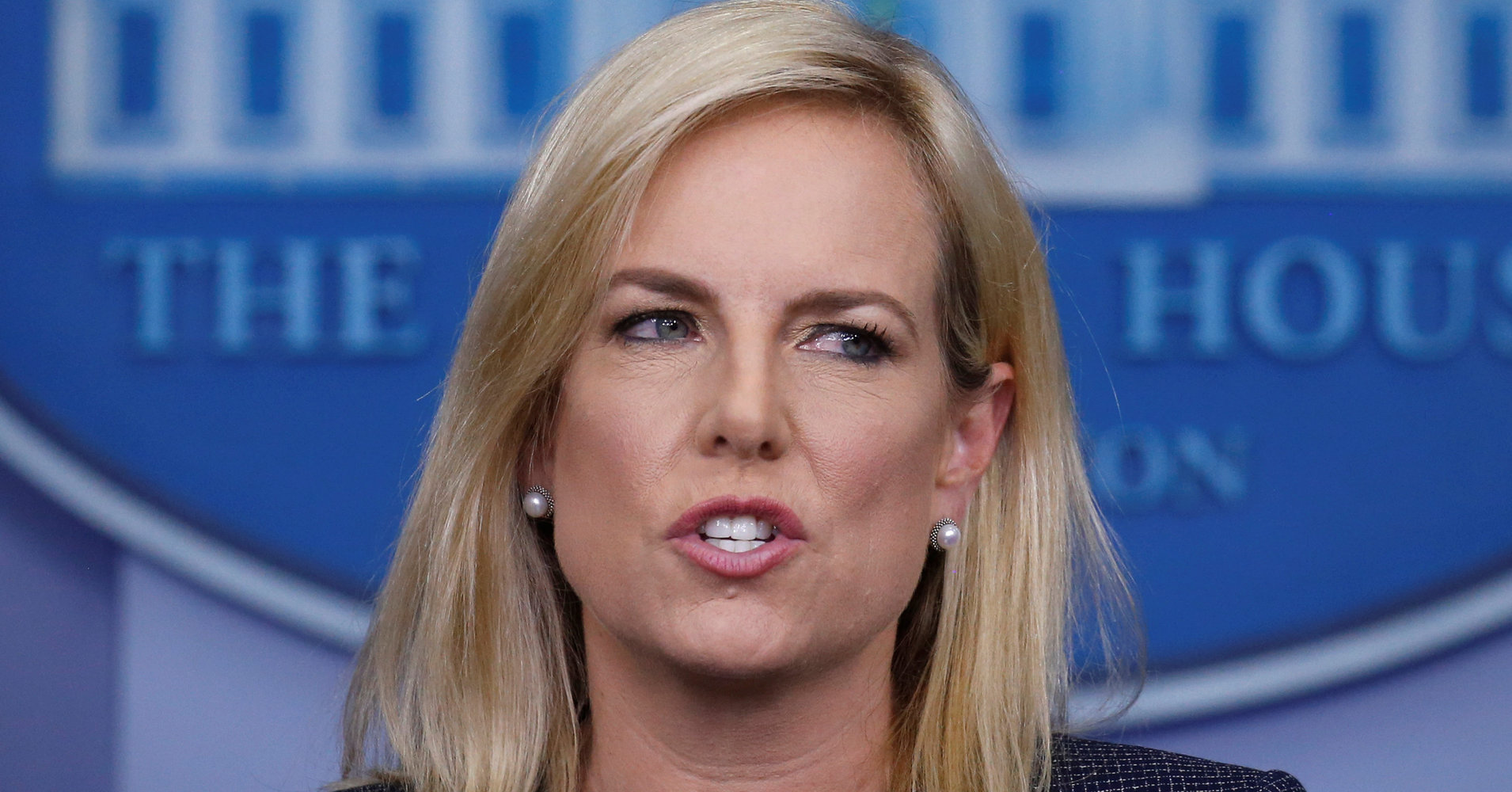 “I haven’t seen any evidence that the attempt to interfere in our election infrastructure was to favor a particular political party,” Nielson responded when asked about Russia’s intentions Thursday during the Aspen Security Forum.

“What we’ve seen on the foreign influence side is they were attempting to intervene and cause chaos on both sides,” she continued.

Nielsen made a similar assertion in May, which the Department of Homeland Security later walked back.

“I do not believe that I’ve seen that conclusion that the specific intent was to help President Trump win,” Nielsen told reporters at the time. “I’m not aware of that.”

Hours later, DHS clarified her comments to say that she “agrees with” U.S. intelligence agencies’ 2016 findings.

A representative for the department did not immediately respond to HuffPost’s request for comment Thursday.

Nielsen’s remarks come amid backlash that has engulfed Trump since he said at the Helsinki summit that he accepted Russian President Vladimir Putin’s denial of election interference over U.S. intelligence findings. Trump, in attempting to calm the uproar, appeared to undermine U.S. intelligence agencies further.

Trump claimed he misspoke in Helsinki Monday when he said he didn’t “see any reason why [Russia] would” be responsible for election interference and cyberattacks.

“I would like to clarify, in a key sentence in my remarks, I said the word ‘would’ instead of ‘wouldn’t.’ The sentence should have been: ‘I don’t see any reason why it wouldn’t be Russia,’” Trump told reporters Tuesday. He said he accepted U.S. intelligence findings of Russian interference, but added it “could be other people also. A lot of people out there.”

On Wednesday, Trump appeared to reject U.S. intelligence once again, telling a reporter that Russia was no longer targeting the U.S. White House press secretary Sarah Hucakbee Sanders later said Trump had been saying “no” to taking more questions ― not “no” in response to a question about Russia.