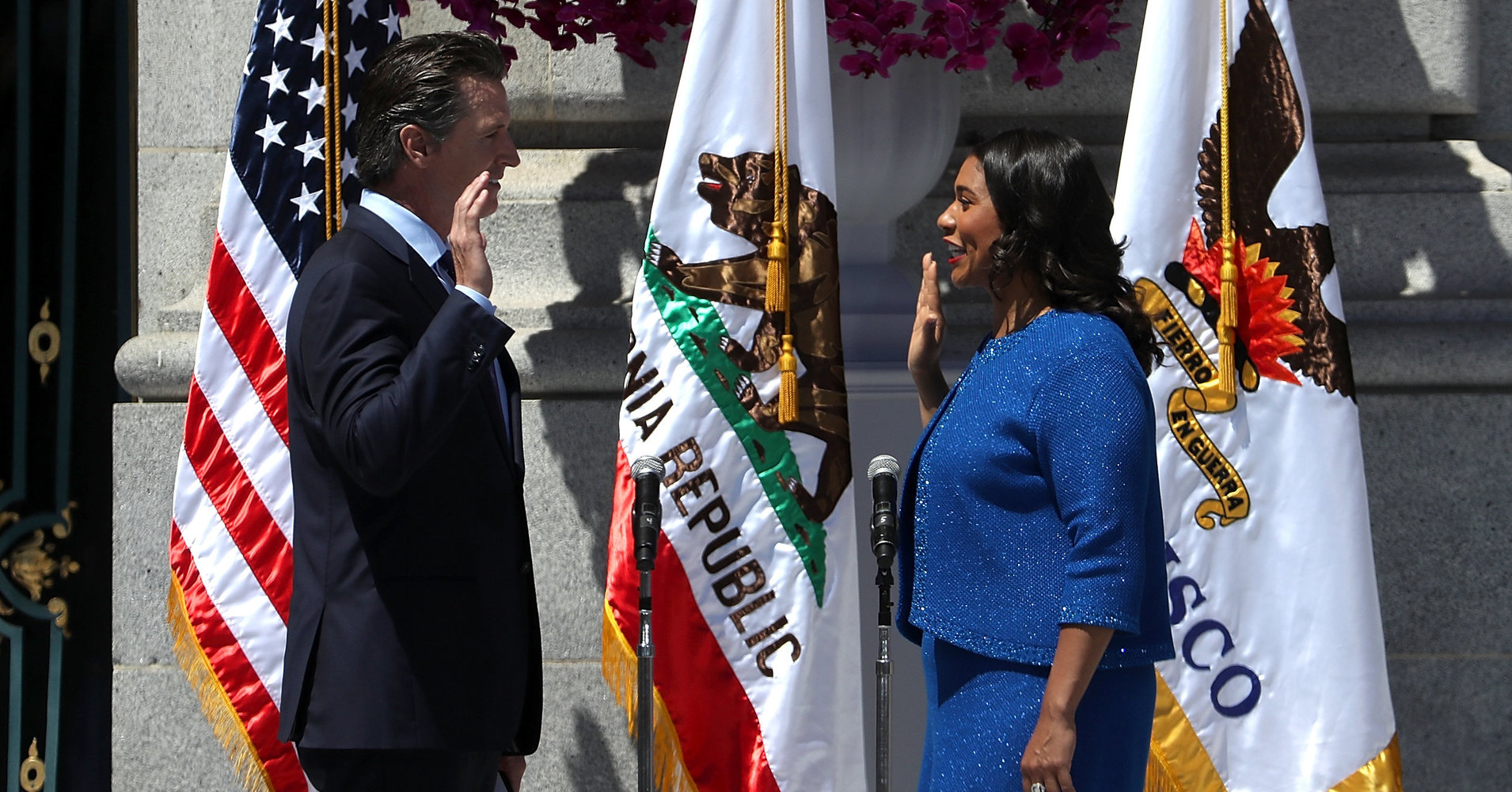 San Francisco made city history on Wednesday when officials swore in London Breed as mayor, making her the first black woman to hold the city’s highest position.

Speaking from the steps of City Hall, where former San Francisco mayor and California Lieutenant Governor Gavin Newsom swore her in, Breed emphasized her commitment to making the increasingly expensive city accessible to people from all socioeconomic backgrounds.

“I hear you,” Breed said, addressing city residents living in public housing. “I lived it. I will be your mayor too.”

Breed has spoken often of her experience growing up in public housing in the neighborhood she began representing as a district supervisor in 2013. In a heartfelt tweet Wednesday, she reflected on how simultaneously incongruous and instrumental her upbringing was during her journey to becoming mayor.

“I will do everything I can to afford those opportunities to the next generation,” Breed wrote in a tweet featuring photos from her childhood, the campaign trail and her swearing-in ceremony.

Black activists in San Francisco have pointed to Breed’s election as proof that representation matters.

“Every kid is looking up today,” Black Young Democrats President D’Vonte Graham told HuffPost upon her election earlier this month. “Especially if you’re a black kid in San Francisco, with everything that’s been going on in national politics, I just believe they’re dreaming a little bit bigger today.”

“We’re going to tell our president we don’t put children in cages, we put them in classrooms,” she said.