Home » Politics » Matt Gorman: Whether it's Trump or Biden, Democrats face a reckoning unlike any they've had in a generation 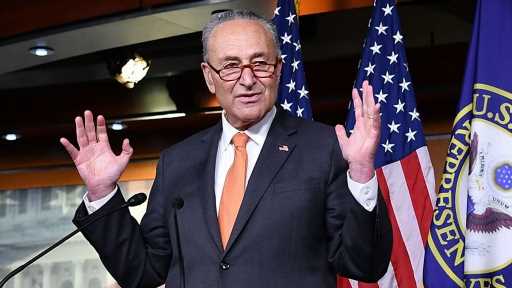 Matt Gorman: Whether it's Trump or Biden, Democrats face a reckoning unlike any they've had in a generation

After spending a half-billion dollars (yes, with a “b”), Democrats whiffed, again, at taking back the Senate. While across the Capitol, their tough talk about gaining seats faltered as Republicans picked off Democratic House members in states from California to Florida, with probably more to come.

While we still don’t know who will occupy the White House post-Election Day on Wednesday morning, it’s safe to say that Tuesday night was a major wake up call for congressional Democrats and the opening salvo in a bloody intra-party battle.

But first, how did we get here?

With a hype machine not seen since the advent of New Coke, Senate Minority Leader Chuck Schumer, D-N.Y. and the Democrats breathlessly trotted out their candidates running for the Senate.

Former governors. A statehouse speaker. Even an astronaut. Not bad at first glance, right?

Well, when the rubber met the road and it was time to actually campaign, these Democrats took a page from former Vice President Joe Biden and stayed in their basements.

When they did come out to campaing, they were wooden on the stump and evasive on simple questions. Their apparent strategy was one built from such supreme confidence that all they had to do was run out the clock for an easy victory.

Republicans on the other hand like Sen. Susan Collins of Maine, Sen. Steve Daines of Montana, and Sen. Thom Tillis of North Carolina worked relentlessly. And while pundits in the liberal media left them for dead, each of them clawed back from their perceived electoral deficits, won their respective races and with it, saved the Republican Senate majority.

Schumer, on the other hand, has become a political Wile E. Coyote. Like the pitiable “Looney Tunes” character, year after year he prepares meticulously to win back the Senate only to see the chance whiz by once again and a leave him spinning.

Across the Capitol, House Speaker Nancy Pelosi was practically picking out offices for the host of new Democrats she expected to welcome. But Tuesday night was a disaster for her, too.

Instead of picking up seats and adding to their majority, strong Republican candidates–many of them women–picked off their Democratic opponents, flipping at least 6 seats, with more to come. Even more surprising, the Democratic congresswoman in charge of winning House seats, DCCC Chair Rep. Cheri Bustos, D-Ill., is struggling to keep her own seat at this writing on Wednesday morning.

While the final numbers may still be in flux, Democrats on Capitol Hill are no longer going to get their liberal Christmas list passed through Congress and, even worse, are about to face a reckoning unlike any they’ve had in a generation—no matter who wins the White House.

Let’s get a status update on the top priorities for Schumer and Pelosi:

Tax hikes. Not going to happen.

And now, with these failures, expect to see Sen. Bernie Sanders, I-Vt., and “squad” members like Rep. Alexandria Ocasio-Cortez, D-N.Y., put pressure on Schumer and Pelosi to move even further left.

It’s no secret that AOC has been eyeing a primary challenge to Schumer in 2022. Placating her and the far left will now be priority number one for Schumer’s political survival.

We saw this firsthand with the Republicans in the 2010s as the Freedom Caucus wing of the party battled the more establishment wing of the GOP. It often presented conundrums to party leaders who tried to balance both sides and thread the needle on policy.

Democrats are about to learn what that feels like.

There are certainly a lot of unknowns from last night—not the least of them who will occupy the White House for the next 4 years. But the results in Congress will pave the road the elected president will drive on and after Tuesday night, the consequences of Democratic failures will make quite a rocky one at that.

Billionaire Eurnekian Vows Maradona Statue at Argentina Airport
We and our partners use cookies on this site to improve our service, perform analytics, personalize advertising, measure advertising performance, and remember website preferences.Ok