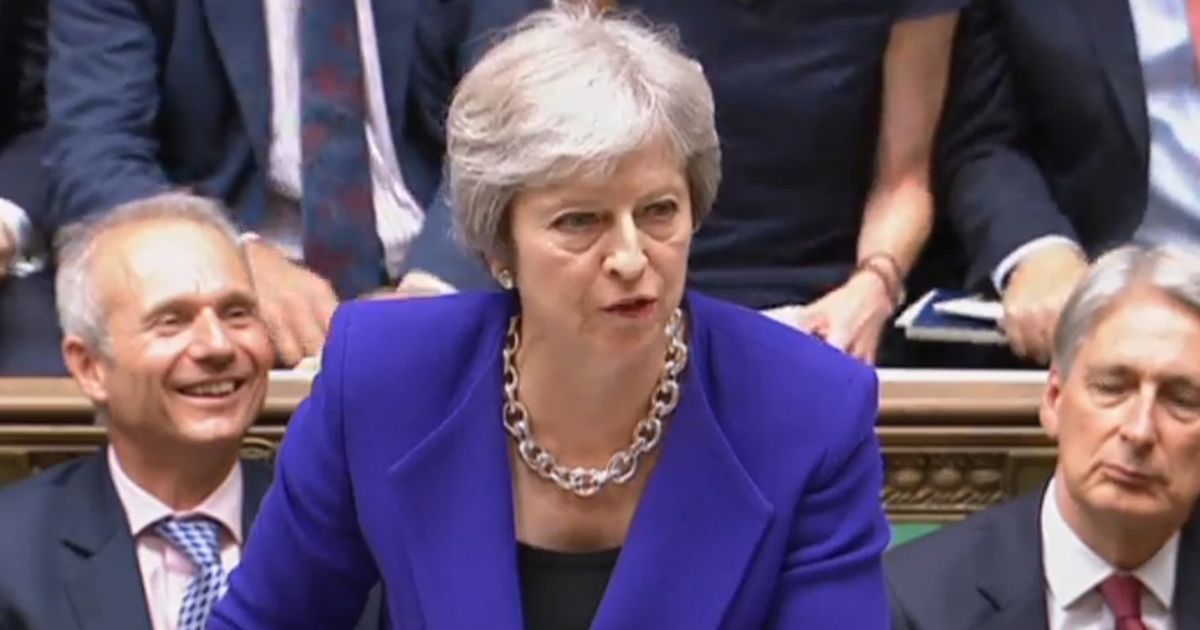 Theresa May was trying to get one over on Jeremy Corbyn by boasting about what she had been doing as Prime Minister during the previous week.

Her intention was to paint the leader of the opposition as a protester with no power – rather than a powerful politician.

But Mrs May’s plan backfired as rather a lot of her last week was spent in the company of Donald Trump.

And it seems that not many MPs envied her long weekend with the US President – especially considering the excruciating press conference she had to endure at his side.

In her final remarks to Mr Corbyn, the Prime Minister said: "While I was agreeing the future of Nato with President Trump, he was joining a protest march against him."

She ended by saying: "He protests, I deliver" in her Thatcheresque response to the Labour leader.

But she also landed a stinging blow on Mr Corbyn by referring to the Labour Party’s bitter row over anti-Semitism.

She said: "And while I was negotiating our future security relationship with Europe, he was renegotiating the definition of anti-Semitism."

Labour’s ruling body ignored the views of the Chief Rabbi, MPs and members of the Jewish community to approve a new code of conduct on anti-Semitism on Tuesday.

The new code states explicitly that “anti-Semitism is racism” and it is “unacceptable”, but stops short of signing up in full to the definition drawn up by the International Holocaust Remembrance Alliance’s (IHRA).

Chief Rabbi Ephraim Mirvis warned that adopting the code would “send an unprecedented message of contempt to the Jewish community”.

But Labour’s National Executive Committee signed off the code.