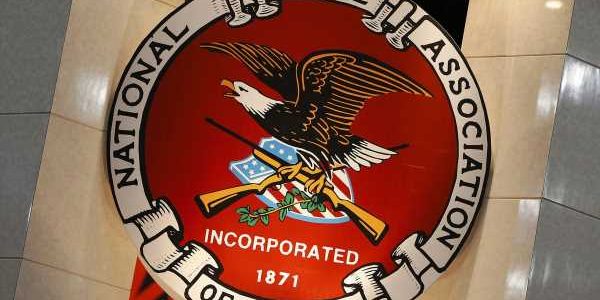 New York is seeking to dissolve theNational Rifle Association as the state attorney general accused the gun rights group and four senior officials of engaging in a massive fraud against donors.

The case may pose one of the biggest legal threats the NRA has faced since its founding in New York in 1871. The turmoil began with apower struggle last year between former NRA president Oliver North and longtime leader Wayne LaPierre, which led to allegations of self dealing. A subsequent state probe found wrongdoing blamed for more than $64 million in losses in the last three years alone, James said.

“We are seeking an order to dissolve the NRA in its entirety,” James said at a press conference in Manhattan. The organization for years has been “operating as a breeding ground for greed, abuse and brazen illegality,” she said.

The lawsuit filed in state court in Manhattan cites the “NRA’s pattern of conducting its business in a persistently fraudulent or illegal manner, abusing its powers contrary to public policy of New York and its tax exempt status, and failing to provide for the proper administration of its trust assets and institutional funds.”

A spokesman for the NRA didn’t immediately return an email seeking comment on the lawsuit.

This isn’t the first high-profile charity James has targeted. Donald Trump paid $2 million in damages last year after his charitable foundation reached a settlement with the attorney general, who accused the president and his children of rampantly violating nonprofit rules. Their alleged infractions included using foundation money to buy sports memorabilia, Champagne and a portrait of Trump. The president shuttered the charity and denied wrongdoing.

In the NRA case, the state investigation uncovered an array of wrongdoing, including the awarding of lucrative deals to family members and close associates and the awarding of “no show” contracts to former employees to “buy their silence and continued loyalty,” according to the statement.

North, who was interviewed by state investigators, had accused LaPierre of using the NRA to enrich himself. LaPierre denied the accusation, and North was ousted as the organization’s president.

The NRA has previously claimed that Northplotted with its former ad agency,Ackerman McQueen Inc., to smear LaPierre by leaking details of his spending. North and Ackerman denied the claims. The NRA has also accused James of trying to circumvent the organization’s legal rights by demanding information about its members as part of a “political witch hunt.”

North’s claims weren’t just sour grapes, according to James. LaPierre, the group’s executive vice president, is accused in the lawsuit of exploiting the organization for years, squanderingdonations on extravagant personal expenses.

James alleges LaPierre spent hundreds of thousands of dollars of NRA funds for private plane trips for himself and his family, visited the Bahamas eight times in the last three years at a cost of nearly half a million dollars. He spent millions more on “unwarranted travel expenses” such as luxury black-car services, racking up more than $3 million in the last two years, James says.

“LaPierre has undertaken a series of actions to consolidate his position; to exploit that position for his personal benefit and that of his family; to continue, by use of a secret ‘poison pill contract,’ his employment even after removal and ensuring NRA income for life; and to intimidate, punish, and expel anyone at a senior level who raised concerns about his conduct,” according to the 164-page complaint alleging breach of duty and other claims.

“The effect has been to divert millions of dollars away from the charitable mission, imposing substantial reductions in its expenditures for core program services, including gun safety, education, training, member services and public affairs,” the state said.

Their actions “fostered a culture of noncompliance and disregard for internal controls that led to the waste and loss of millions in assets and contributed to the NRA reaching its current deteriorated financial state,” James said in her statement. The men created a culture of self-dealing “that was illegal, oppressive and fraudulent,” she said.

In addition to dissolving the NRA, James said she’ll seek a court order for LaPierre and the others to pay penalties and make full restitution for unlawful profits and salaries. The AG also wants to have LaPierre and Frazer removed from the NRA’s leadership and to “ensure none of the four defendants can ever again serve on the board of a charity in New York,” according to the statement.