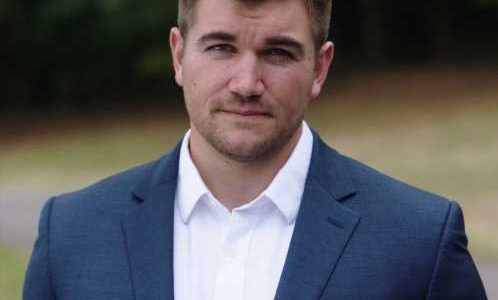 Alek Skarlatos, one of the three Americans who helped stop a terror attack on a Paris-bound train in 2015, said losing his congressional race on Tuesday was "incredibly heartbreaking."

The former Oregon National Guardsman-turned-Republican candidate mounted a serious challenge in the state's 4th Congressional District, which has been held by Democratic Rep. Peter DeFazio since 1987.

"I'm incredibly humbled for having the opportunity to run for office and bring attention to the needs of the citizens of this district," Skarlatos, 27, tweeted early Wednesday. "Once again, thank you to everyone who supported me along the way and congratulations to Peter DeFazio on his win tonight."

His concession followed a campaign that attracted national notice.

Skarlatos, who aligned himself as an outsider who stood by President Donald Trump's conservative policies, told PEOPLE in September that he saw politics as "a way of trying to fight for what I believe in" and way to "fight for the place where I’m from and hopefully trying to better people’s situations.”

Skarlatos had attacked his opponent for being a "career politician." In turn, DeFazio dismissed the young politician as "extreme."

Skarlatos wrote Wednesday that his congressional run was "the most rewarding experience of my life."

"While it is incredibly heartbreaking to see the results tonight, I am so proud of the work that my team has done, and I am very thankful for the time and sacrifice they have given over the past 18 months," he tweeted. After receiving global praise for his role in stopping the 2015 train attack, Skarlatos went on to compete on Dancing With the Stars in 2015, finishing third, and more recently starred as himself in the in the Clint Eastwood film The 15:17 to Paris.

He also received a Soldier’s Medal from President Barack Obama for his part in stopping the terrorist attack.

The Oregon native previously lost a local election in 2018 to become Douglas County commissioner before he said Oregon state Sen. Dallas Heard had convinced him to run for the House of Representatives this year.

Skarlatos told PEOPLE his rising public profile after the 2015 attack had helped solidify his desire to get into politics.

"With everything that’s happened in my life, I feel like I really just kind of had an opportunity that a lot of people don’t get in their lives," he said, "and I don’t necessarily want to waste it."

Billionaire Eurnekian Vows Maradona Statue at Argentina Airport
We and our partners use cookies on this site to improve our service, perform analytics, personalize advertising, measure advertising performance, and remember website preferences.Ok