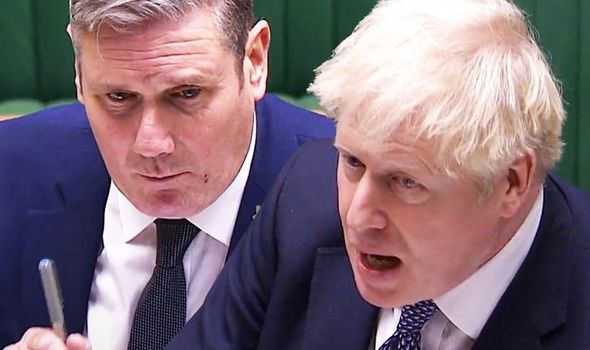 Boris Johnson announced on Saturday England will go into a second national lockdown tomorrow with MPs expected to debate the measure later today. A vote on the new restrictions is then expected with the vote around 4pm.

While Sir Keir Starmer has said his Labour Party will vote in favour of the restrictions, the Opposition leader has been fiercely critical of Mr Johnson saying the lockdown should have been earlier.

Mr Johnson on Saturday revealed projections of thousands of deaths by Christmas motivated him to make the tough decision to impose a second lockdown on England.

It also comes as Mr Johnson’s chief Brexit negotiator is still intensified talks with his EU counterpart to secure a trade deal before the transition period ends on December 31.