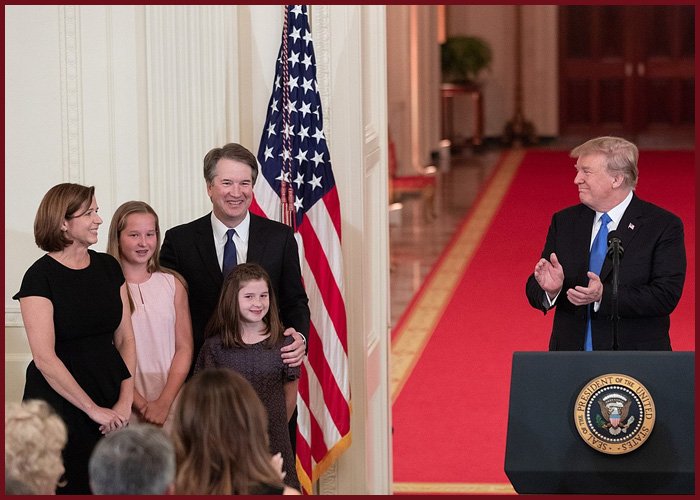 Meanwhile, 50 percent of Democratic voters said the Senate should not vote to confirm Kavanaugh versus only 7 percent of Republican voters.

Independents are more divided on the issue, as 33 percent support Kavanaugh’s confirmation and 23 percent said he should not be confirmed. Forty-four percent said they don’t know or have no opinion.

The results of the Politico/Morning Consult poll are similar the results of a Gallup survey of Americans released on Tuesday.

The Gallup poll found that 76 percent of Republicans favor Kavanaugh serving on the Supreme Court, while 67 percent of Democrats are opposed.

Gallup noted the level of opposition to Kavanaugh’s nomination is the highest the pollster has measured for any nominee since 1987.

“To a large degree, these attitudes reflect the nation’s increasing political polarization, perhaps more than anything about Kavanaugh himself,” said Gallup’s Jeffrey M. Jones.

He added, “Democrats’ sizable opposition to Kavanaugh may also reflect concern that his nomination will push the court in a more conservative direction.”

Republicans will need only 50 votes and a tie-breaking vote by Vice President Mike Pence to confirm Kavanaugh after changing the Senate rules for Supreme Court nominees last year.

Senator John McCain’s, R-Ariz., illness-related absence from Washington could complicate issues for the GOP, although some Democratic Senators running for re-election in states Trump won overwhelmingly in 2016 could help push Kavanaugh’s nomination across the finish line.

The Politico/Morning Consult poll of 1,991 registered voters was conducted July 13th through 14th and has a margin of error of plus or minus 2 percentage points.

Meanwhile, the Gallup survey of 1,296 adults was conducted July 10th through 15th and has a margin of error of plus or minus 3 percentage points.