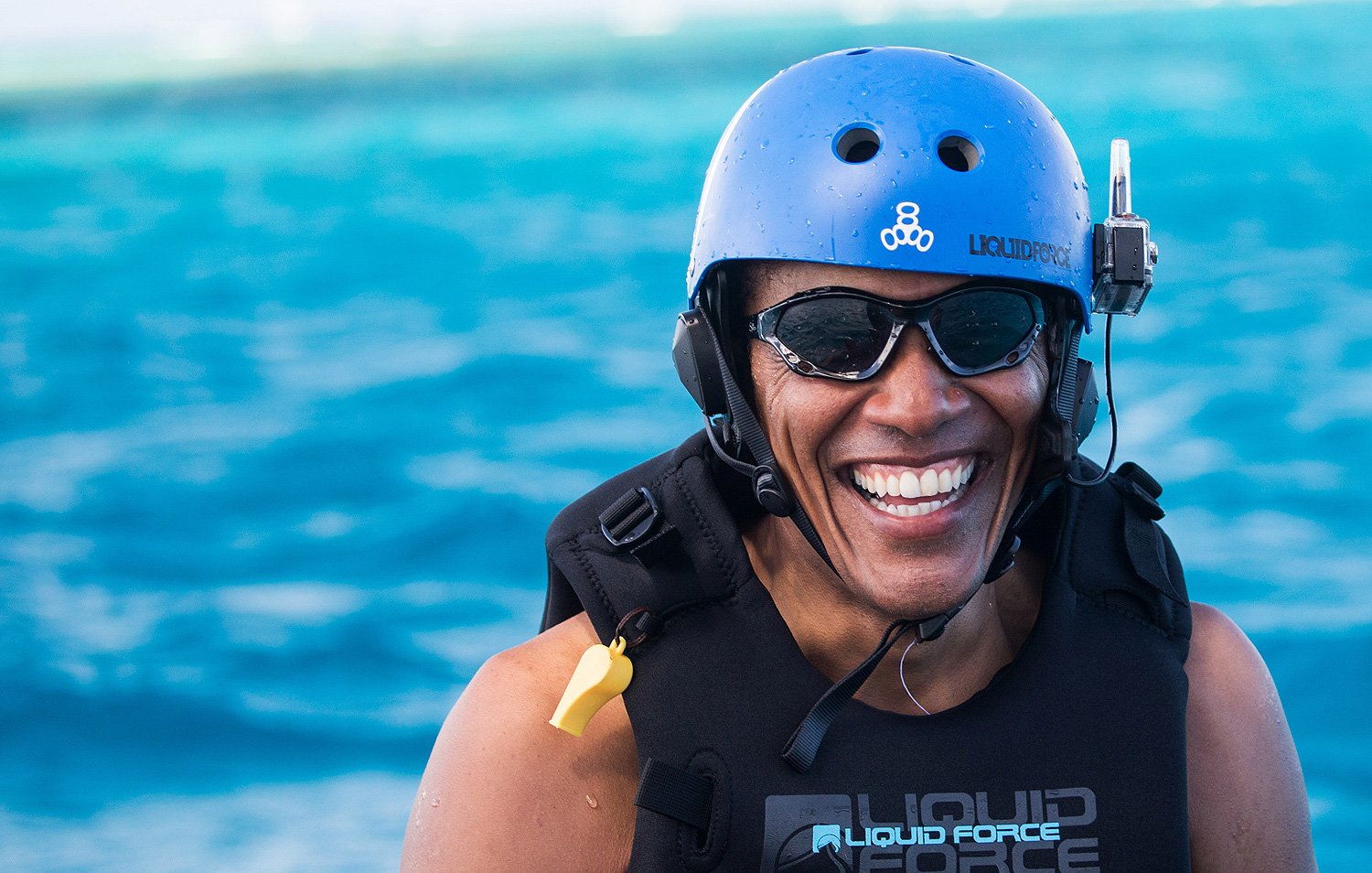 As Barack Obama packs his bags for his first trip to Africa since leaving the White House, he offered his more than 53 million Facebook followers a summer reading list that shows what’s on his mind these days.

The 56-year-old former president, whose literary and musical preferences have become integral to his casual, post-presidency groove, featured a number of books by African writers and thinkers on his Summer 2018 list.

“I’ve often drawn inspiration from Africa’s extraordinary literary tradition,” Obama wrote on his Facebook page. “As I prepare for this trip, I wanted to share a list of books that I’d recommend for summer reading, including some from a number of Africa’s best writers and thinkers — each of whom illuminate our world in powerful and unique ways.”

Obama, whose father was from Kenya (his mother was from Kansas), leaves for Africa this weekend. His first stop is the Kenyan capital of Nairobi, where he will meet with President Uhuru Kenyatta and also former Prime Minister Raila Odinga. Continuing on to South Africa, Obama will meet on Tuesday with President Cyril Ramaphosa and then deliver the Nelson Mandela Annual Lecture in honor of the centennial of the late South African leader’s birth.

The trip is a short four days and the itinerary packed with business meetings, so it doesn’t hold out much promise for the Obama fans who have enjoyed watching the former president relax while traveling over the past two years.

“He’s rested and has a glow about him. The man is back,” one user Tweeted after Obama and his wife Michelle returned from the British Virgin Islands in February 2017.

Here, the 44th president makes the case for his summer reading picks:

“A true classic of world literature, this novel paints a picture of traditional society wrestling with the arrival of foreign influence, from Christian missionaries to British colonialism,” Obama writes. “A masterpiece that has inspired generations of writers in Nigeria, across Africa, and around the world.”

A Grain of Wheat by Ngugi wa Thiong’o

Obama calls this selection, “A chronicle of the events leading up to Kenya’s independence, and a compelling story of how the transformative events of history weigh on individual lives and relationships.”

Obama calls the South African leader’s life “one of the epic stories of the 20th century.”

“This definitive memoir traces the arc of his life from a small village, to his years as a revolutionary, to his long imprisonment, and ultimately his ascension to unifying President, leader, and global icon. Essential reading for anyone who wants to understand history – and then go out and change it.”

Sounding like an experienced reviewer, Obama writes: “From one of the world’s great contemporary writers comes the story of two Nigerians making their way in the U.S. and the UK, raising universal questions of race and belonging, the overseas experience for the African diaspora, and the search for identity and a home.”

The Return by Hisham Matar

The former president calls Matar’s work, “A beautifully-written memoir that skillfully balances a graceful guide through Libya’s recent history with the author’s dogged quest to find his father who disappeared in Gaddafi’s prisons.”

The World As It Is by Ben Rhodes

Written by his former deputy national security adviser and speechwriter, this book is more personal to Obama, who writes: “It’s true, Ben does not have African blood running through his veins. But few others so closely see the world through my eyes like he can. Ben’s one of the few who’ve been with me since that first presidential campaign. His memoir is one of the smartest reflections I’ve seen as to how we approached foreign policy, and one of the most compelling stories I’ve seen about what it’s actually like to serve the American people for eight years in the White House.”