Home » Politics » President Trump brought his disruptive style to Asia in 2018 — who’s up and who’s down as a result?

President Trump brought his disruptive style to Asia in 2018 — who’s up and who’s down as a result? 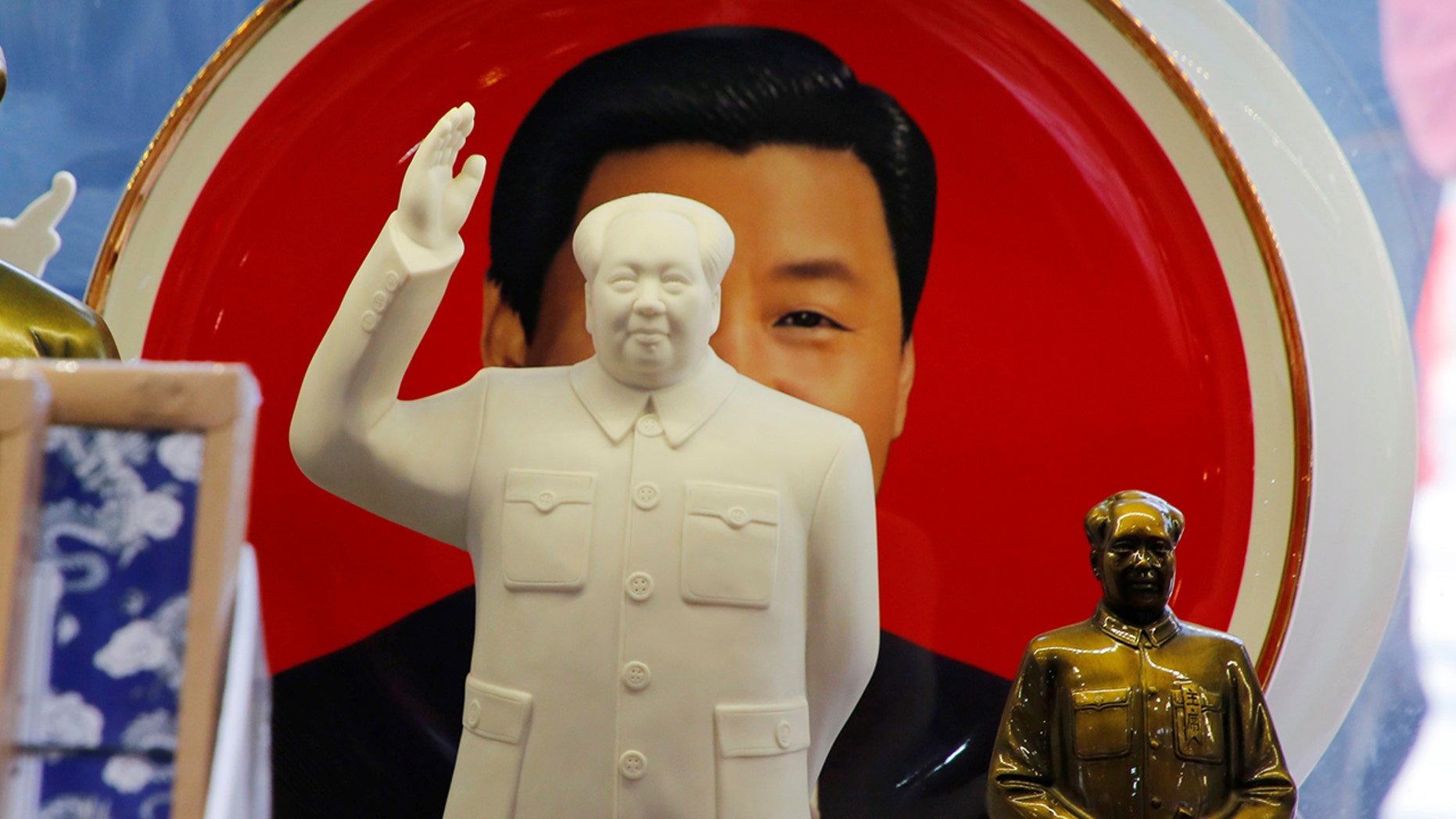 Sculptures of the late Chinese Chairman Mao Zedong are placed in front of a souvenir plate featuring a portrait of Chinese President Xi Jinping at a shop next to Tiananmen Square in Beijing, China, March 1, 2018. REUTERS/Jason Lee – RC19877D4F20

The phrase “Asia-Pacific” was out—perhaps too reminiscent of the faded Obama administration’s “pivot to Asia”—and replaced by “Indo-Pacific,” as President Trump brought his disruptive style of diplomacy to the world’s largest continent, Asia, in 2018.

How U.S.-Indo-Pacific ties evolve will be critical to Americans in the year ahead, from Main Street to Wall Street, as jobs, stock prices and the cost of goods and services here at home are increasingly impacted by what happens across the Pacific.

So who was up and who was down in Asia in 2018? Here’s our assessment:

TO READ 'NORTH KOREA'S KIM, CHINA'S XI BOTH HAD A BIG YEAR. HERE'S WHY WE SHOULD CARE ABOUT ASIA'S 2017' CLICK HERE.

Worst Year: Xi Jinping—Power isn’t what it used to be

What a difference a year makes. With President Xi Jinping firmly in place as China’s most powerful leader in decades, Xi took “Best Year” in Asia in 2017 along with North Korean leader Kim Jong Un.  This year the news wasn’t so good for this would-be “new Mao in town” as challenges grew at home and abroad to Xi’s reign amidst a slowing Chinese economy.

The beginning of the year saw the 65-year-old leader push through constitutional changes that give him the ability to serve as president for life.  Xi’s philosophy was even enshrined in China’s Constitution—  “Xi Jinping Thought on Socialism with Chinese Characteristics for a New Era.”

But at year’s end, Xi’s efforts to “Make China Great Again” were increasingly uncertain as Trump’s non-traditional playbook threw up new challenges. A 90-day pause in the ongoing U.S.-China tariffs war may well end on March 1 with an increase to 25 percent in tariffs on some $200 billion in Chinese goods, and the CFO and daughter of the founder of China’s most powerful tech company, Huawei, has been arrested in Canada for possible extradition to the U.S.

Despite a reputation for going it alone, Trump also ushered in a new era of scrutiny of China’s behavior under Xi in areas as diverse as its repression of the Uighur Muslim minority, militarization of the South China Sea and accusations of debt diplomacy and a new kind of economic colonialism in Xi’s once highly touted Belt and Road Initiative.

2019 may be a better year and this a temporary setback for Xi, but China’s most powerful man takes “Worst Year in Asia” in 2018.

Telling the truth has always been an occupational hazard for journalists in much of Asia. The region as a whole has never fared well in rankings of press freedom with China and Turkey among the top jailers of journalists.

This year saw an escalation of actions by governments to silence journalists reporting on the realities of the region. In Myanmar, also known as Burma, Reuters reporters Wa Lone and Kyaw Soe Oo were sentenced to seven years in prison for violating the country’s Official Secrets Acts for reporting on a massacre of Rohingya Muslims. In China, award-winning photographer Lu Guang, whose images captured the inequities in that country’s development, is among the latest of dozens of Chinese journalists under arrest. In Cambodia, a tax evasion charge was used to shut down the Cambodia Daily, an English language daily that covered what some call the country’s “culture of impunity.”

The same tactic is being used in the Philippines against Maria Ressa, chief of the social news network Rappler, which has covered in often critical terms the administration of President Rodrigo Duterte. Ressa, Wa Lone and Kyaw Soe Oo were among four individuals and a group of journalists named as Time magazine’s “person of the year” for their roles as “guardians” of the truth.

Even once free-wheeling Hong Kong sent out a chilling message to the free press, when Financial Times news editor Victor Mallet was denied renewal of his work visa and then blocked from even visiting as a tourist after he presided over a controversial talk at the Foreign Correspondents Club of Hong Kong.  So much for reporting the news without fear or favor.

Mixed Year: U.S.-Asia Trade—Uncertainty on both sides of the Pacific

For years, the story of global trade seemed decidedly positive as government and business leaders in the U.S. and Asia’s largest trading nations focused on steadily growing numbers. By some measures, U.S. exports of goods to Asia totaled some $490 billion in 2017, according to U.S. Department of Commerce data, and are likely to reach similar levels in 2018.

But 2018 brought new priorities and new tariffs, as Trump brought focus on those arguably made worse off by trade. Shifting attention from free trade to fair trade, Trump called out outdated World Trade Organization (WTO) rules and made clear that trade deficits, particularly with China, mattered. Threats of tariffs between the U.S. and China as well as the U.S. and Japan, the world’s top three economies, have contributed to a climate of disruption that is reshaping the global economic and trading order.

One sign of this volatility is the re-assessment of supply chains that cut across continents and deliver everything from smartphones designed in California and manufactured and assembled in Asia to the soybeans American farmers sell to China. As supply chains shift, American consumers may well increasingly find “Made in China” replaced not just by “Made in U.S.A.” but by “Made in Vietnam,” “Made in Thailand,” or somewhere else in a region unsettled by a “new normal” of uncertainty.

For the first time, a city—make that city state—wins honors in our rankings.  But what a country the “Lion City” is. Singapore shined in the global spotlight and filled U.S. television and movie screens as never before in 2018.

First it was the summit to end all summits. In June, Singapore played host to a landmark first meeting between President Trump and North Korean leader Kim Jong Un. The two leaders met to discuss the denuclearization of the Korean peninsula, turning down the heated rhetoric, while thousands, including some 2,500 registered media, gathered to watch and report. Then it was two key regional gatherings in November, when Singapore played host to the ASEAN Summit and the East Asian Summit, with Vice President Mike Pence filling in for President Trump.

In between there was the blockbuster Warner Brothers film “Crazy Rich Asians.” The film didn’t just put Asian and Asian-American actors on the Hollywood screen but also drew viewers in the United States and around the world with the sights and sounds of Singapore to the tune of nearly $240 million at the box office since its August release.

About two-thirds the size of New York City and home to more than 5.6 million Singaporeans, the little red dot, as the tiny island nation of Singapore is also proudly referred to, offered up to the world in 2018 a prosperous, orderly vision of urbanization at its best.

Aged 73 at the time of his re-election, Ronald Reagan is the oldest person elected as U.S. president, but he has nothing on Malaysia’s new leader. At the ripe old age of 92, Mahathir Bin Mohamad came out of retirement to defeat his one-time protégé Prime Minister Najib Razak and once again, after 15 years, lead Malaysia—a southeast Asian nation of some 32 million people that is also the region’s third richest, after Indonesia and Thailand.

Malaysians, tired of corruption scandals and rising living costs, looked to Mahathir, now the oldest state leader in the world, for a mix of continuity and change. The man he replaced, Najib, is now under indictment for allegedly stealing millions from a state investment fund known as 1MDB. That, though, is only a small fraction of an alleged $4.5 billion laundered through U.S. financial institutions and misspent by Najib, his wife and associates.

In bringing back Mahathir, Malaysia’s voters took a stand on what U.S. investigators have called “kleptocracy at its worst.” Still, the comeback kid has a few more challenges ahead of him, including reforming his country’s institutions, fixing its finances and paving the way for new leadership—difficult tasks for a man even half Mahathir’s age.

There’s no taking away, though, from this remarkable election year story and strike against corruption in a region where democracy remains under threat, and so we give “Best Year in Asia” to the past and present Prime Minister Mahathir, a comeback kid for the ages.

Jose B. Collazo is a Southeast Asia analyst and associate at RiverPeak Group. Follow him on Twitter: @JoseBCollazo.