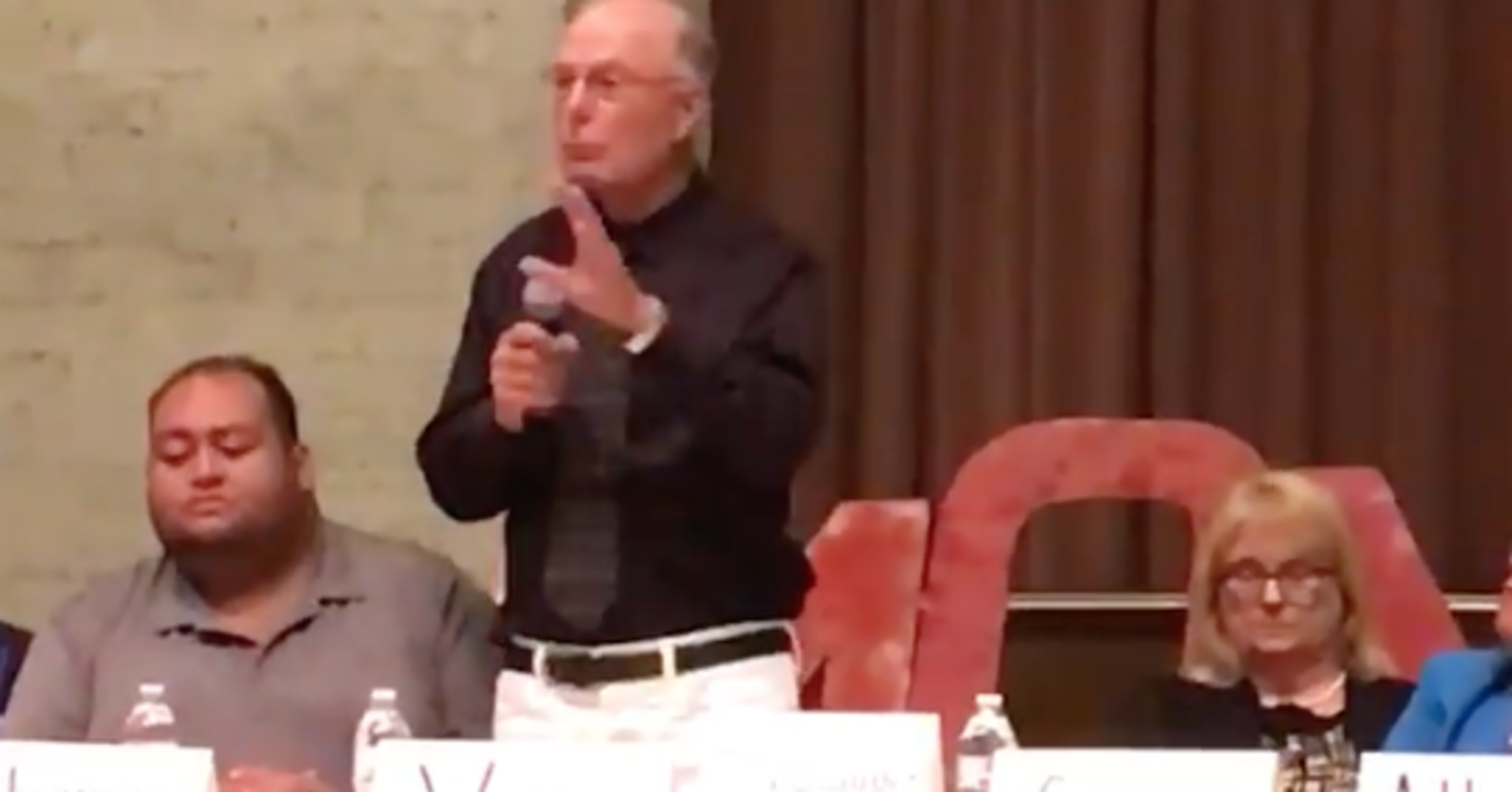 As candidates for the Arizona state Senate discussed gun control legislation last week, one potential lawmaker told the audience how he shot and killed a crazed woman in an act of self-defense when he was a teenager.

“The only way you’re stopping a crazy madman who’s killing innocent people is that you better have a good guy there with a gun,” Republican Bobby Wilson said at a meeting organized by the gun control group Moms Demand Action.

The missing piece to that story? The attacker was his mother.

“You can pass all the laws you want to in this world, and when you’ve got somebody out there that wants to harm somebody, they’re going to do it if you don’t stop them,” Wilson told the crowd.

Wilson is running to represent a southern Arizona district and told The Associated Press that he isn’t trying to hide anything in his campaign.

In the video above, you can watch Wilson tell an audience that one night in 1963, his mother shot at him six times with a rifle while he was in bed in their Oklahoma farmhouse.

Wilson also wrote about what happened in his 2010 book Bobby’s Trials. The book details how his mother and sister died the same night their house burned down. Wilson’s website also states: “He and his sister were raised by a deranged mother who was a fugitive hiding in the backwoods of S.E. Oklahoma. In 1963, she tried to murder her own children in the early morning hours and only Bobby survived the deadly chaos that followed.”

While Wilson was reportedly charged with homicide after the deaths, two trials ultimately led to the court dismissing the case in the early ’70s. It’s unclear how Wilson’s sister died, and Wilson didn’t remember what happened that night for many years due to amnesia, according to the Arizona Republic.

Wilson is a licensed gun owner and told the AP that the night he killed his mother was “the only time I’ve ever been in that situation, and I hope it’s the last time.”

He will be taking on Republican Shelley Kais in the GOP primary for a seat currently held by Democrat Andrea Dalessandro. While his story has led to more scrutiny and criticism of his campaign, that apparently doesn’t have him rattled.

Wilson wrote on his Facebook page on July 10 that he “loved” the “boos and catcalls.” He now knows how Trump must feel “with all the fake news stories making the rounds,” he wrote in a post on Tuesday.

“Guess I will run for President one of these days,” he added.