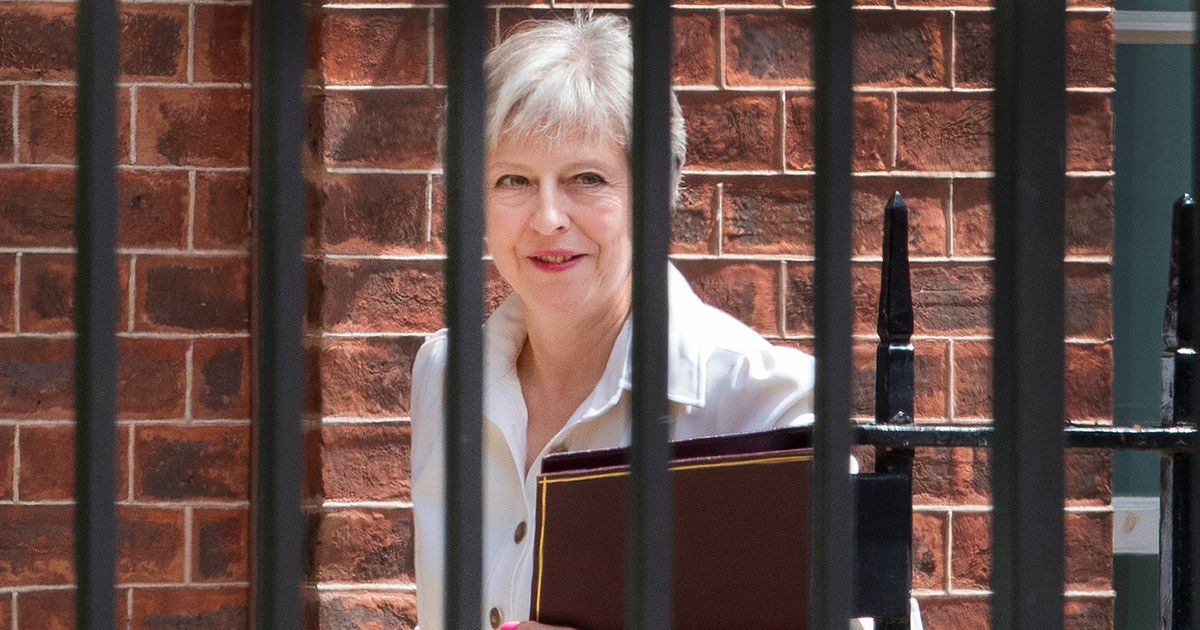 Four Labour rebels tonight kept Theresa May in No10 and avoided triggering a potential no-confidence vote that could have toppled the Conservatives.

The Prime Minister survived a bid by pro-EU MPs in her own party to change its post-Brexit trade strategy.

They wanted the UK to join a customs union in the event it did not agree a free-trade deal with the EU.

But on an evening of high drama in the House of Commons, MPs voted against the proposed amendment to the Trade Bill tabled by Tory MP Stephen Hammond.

The Government scraped through by just 307 to 301 votes . Mrs May says a customs union would stop the UK from striking new trade deals.

The win came thanks to Brexiteer Labour MPs Frank Field, Kate Hoey, John Mann and Graham Stringer siding with her.

Had they voted against the Government, it would have triggered the vote of no confidence.

Tory Brexiteer Nadine Dorries said tonight: “If Labour rebels hadn’t stepped in tonight, our own 12 Remain rebels would have lost us that vote.”

This could have led to a general election within weeks – the third since 2015.

Green Party co-leader Caroline Lucas, a supporter of the People’s Vote campaign for a second referendum, said Brexit had “sunk further into the Westminster quagmire”.

She said: “Parliament is deeply divided on Brexit and the Government are struggling to get anything passed. The only way forward is to put this issue to the public.”

He added: “The passing of this deeply flawed bill can’t mask the profound splits at the heart of the Tory party.”

Twelve Tory rebels broke ranks to back the customs union measure, even though it is understood Tory whips told would-be rebels of the confidence vote plan if it passed.

In dramatic scenes in the Commons, ministers made a last-ditch effort to stave off defeat by offering to introduce amendments in the House of Lords.

They said these would deal with “the essence” of rebel Tories’ concerns over future customs arrangements.

Former Tory Defence Minister Guto Bebb, who only quit on Monday in protest at Government concessions to hard Brexit Tories, was among the 12 who rebelled.

But despite her customs win, Mrs May faced humiliation as she lost two other battles. She had to ditch her bid to send MPs home early for summer after facing widespread fury.

The Prime Minister had deployed the extraordinary tactic of bringing forward recess by five days in a bid to kill off threats to her premiership.

But Tory MP Nick Boles said: “There could hardly be a worse time to vote to start recess early.”

And a Labour source said: “The Tories tried to save the PM’s skin with this Westminster ruse, but they have been forced into an embarrassing climbdown. That they even considered it shows what a shambles they’re in. This is Government in name only.”

The Government also lost a separate vote on its Trade Bill on the regulation of medicines after Brexit.

MPs backed an amendment by 305 to 301 that requires Mrs May to ensure the UK can continue to participate in the regulatory network operated by the European Medicines Agency.

The EMA is being relocated from London to Amsterdam as a result of Brexit. Some 12 Tories joined opposition MPs to vote the measure through.

The Government said it would “revisit” the amendment when it comes before the House of Lords.

The Trade Bill later passed its third reading by a comfortable 317 votes to 286 and will go on to the Lords.

International Trade Secretary Liam Fox said the legislation would be “the confident first step that the UK takes towards establishing itself as an independent trading nation for the first time in over 40 years”.

But Barry Gardiner, in the shadow role for Labour leader Jeremy Corbyn , warned the UK’s future was at risk. He added: “The Government’s handling of Brexit over the past week has been an utter shambles. We have a Prime Minister who is in office but not in power.”