Speaking to colleagues in the European Parliament on Friday, the Austrian MEP claimed most people in the EU have met the UK’s decision to leave the bloc with resentfulness and a desire to punish a democratic will. Mr Vilimsky urged EU leaders to “respect” Britons and their decision to leave the Brussels institution as he highlighted a failure of the EU to keep up with Brexit Britain’s successful response on the coronavirus vaccine.

He said: “In order to understand this debate about deal or no deal, we have to look back to 2016 when a majority of the British population said that they did not want to belong to this European Union any longer.

“But that wasn’t done, from the very outset, it was deemed to be a decision that could not have come to pass. Many people here did not meet that decision with friendship, they disapproved, they wanted to have punitive sanctions.

“The worst for me was that the chief negotiator for the EU met the Brits with an unfriendly disposition which should have not been placed in this sort of situation where the former President of the European Council said he thought they belonged in hell!”

He added: “That’s not the way forward. The decision has been taken.

“The Brits are in the process of leaving the EU they can start taking decision like for example on the coronavirus crisis. 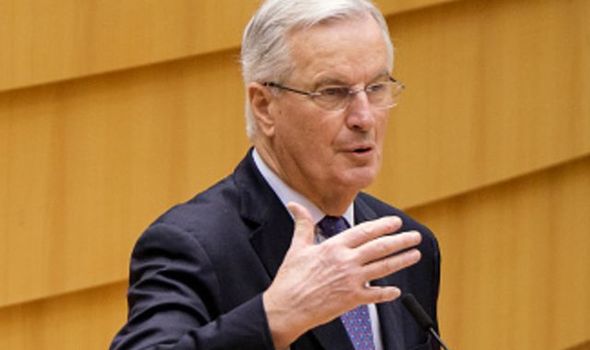 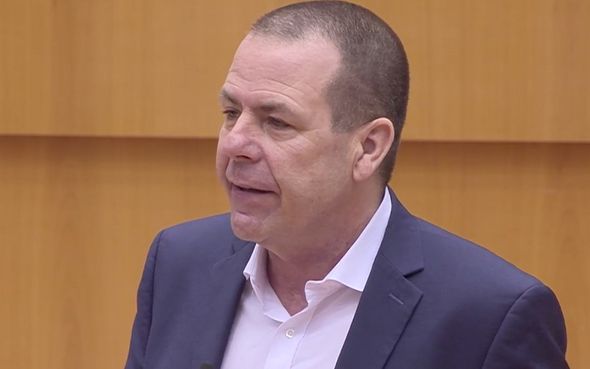 “We have a situation where the Brits have already been vaccinating people for two weeks for those who want a vaccination, the EU hasn’t started with that!”

Boris Johnson has warned the prospect of agreeing a trade deal with the EU is “looking difficult”, as Brussels’ chief negotiator Michel Barnier said there are “just a few hours” left in the

The Prime Minister said on Friday the onus is on the bloc seeing “sense” and making a compromise or the transition period will end on December 31 without a deal, which he acknowledged would be “difficult” in the short-term.

Mr Johnson reiterated “no sensible government” could agree to a treaty that does not give the nation control of its laws and waters, two major sticking points for No 10 in the negotiations as the brinkmanship continued.

Speaking during a visit to Greater Manchester, the PM said: “Our door is open, we’ll keep talking, but I have to say things are looking difficult.

Brexit is 'only the beginning' warns Croatian MEP

“There’s a gap that needs to be bridged, the UK has done a lot to try and help and we hope that our EU friends will see sense and come to the table with something themselves, because that’s really where we are.”

Mr Johnson spoke down the prospects of getting a deal after Thursday’s stocktake on the situation with European Commission president Ursula von der Leyen.

He accepted failing to broker a deal in time “may be difficult at first”, but he continued to insist the UK will “prosper mightily” and the nation must look to the “opportunities that will open up to this country in 2021”.

Earlier, Mr Barnier told the European Parliament that the two sides now stand at the “moment of truth” with a “very narrow” path to securing a breakthrough as talks resumed in Brussels.

“We have very little time remaining, just a few hours, to work through these negotiations in useful fashion if we want this agreement to enter into force on January 1,” he said.

He said he was being “frank with you and open and sincere” when he said that he was unable to say what the result will be from the “last home straight of negotiations”.

The EU set the latest deadline that an agreement must be ready by Sunday night in order to have enough time for MEPs to ratify it, while the House of Commons has been warned it may need to hastily return from Christmas recess to vote on a deal.

However, commission spokesman Eric Mamer said on Friday there is “no official deadline for finishing”.

After her call with the Prime Minister, Ms von der Leyen acknowledged “big differences” remained between the two sides and stressed that “bridging them will be very challenging”.

Downing Street said the Prime Minister warned it looked “very likely” a deal would not be agreed unless the bloc shifted its stance.

Agreement was getting closer on the “level playing field” to ensure neither side could unfairly compete by eroding environmental standards, workers’ rights or state subsidies, but fishing policy remained a major sticking point.

Mr Barnier’s counterpart at No 10, Lord Frost, warned that progress “seems blocked” ahead of talks resuming in Brussels.

“The situation in our talks with the EU is very serious tonight. Progress seems blocked and time is running out,” he tweeted on Thursday.