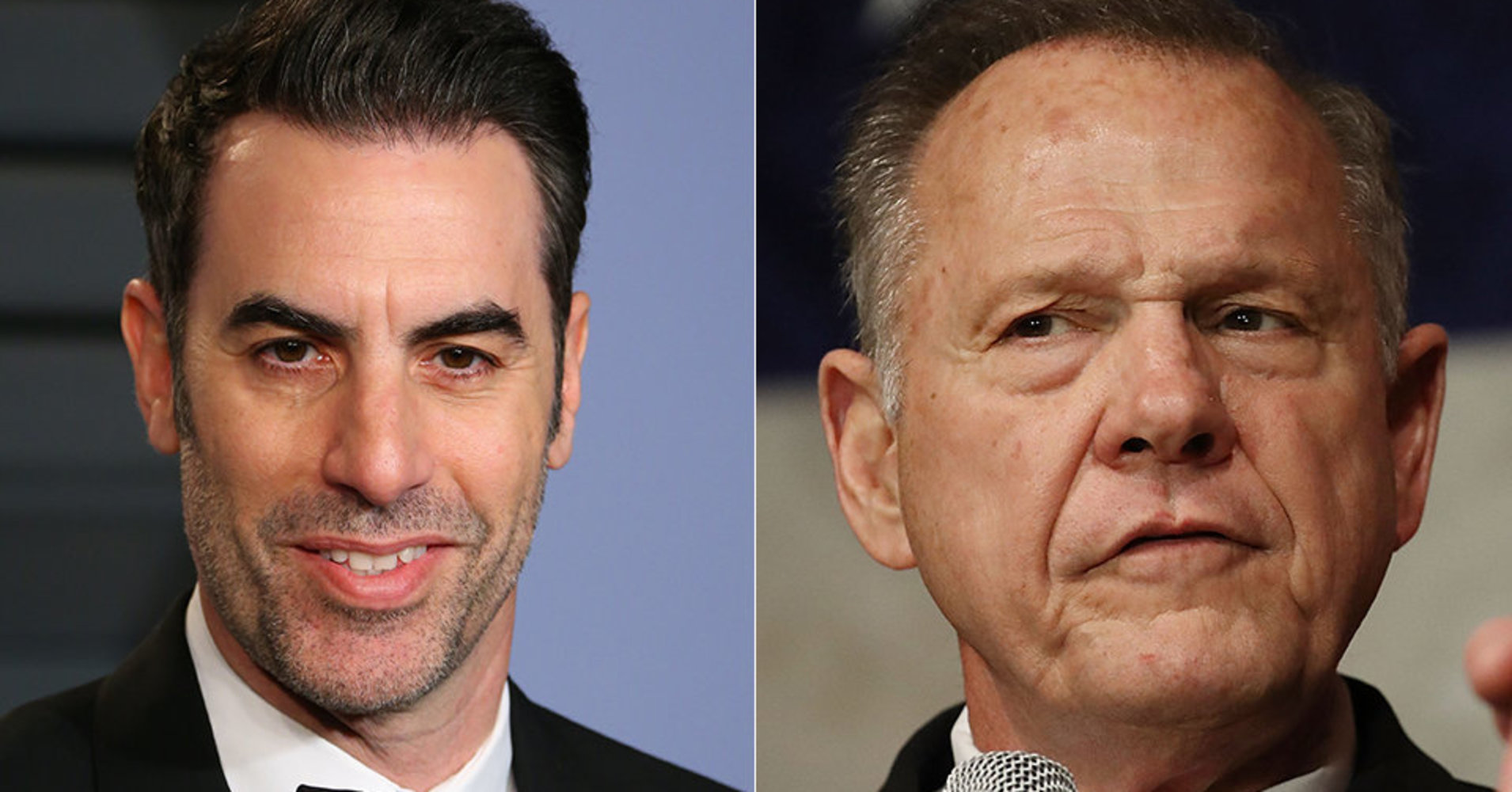 Add Roy Moore to the list of disgruntled politicos accusing Sacha Baron Cohen of duping them into doing interviews for his upcoming Showtime series, “Who Is America?”

And like former Alaska governor Sarah Palin, he’s going after the comedian.

The former Alabama judge and failed senatorial candidate issued a statement on Thursday, alleging the comedian had engaged in “trickery, deception and dishonesty.”

Moore said he was invited to Washington, D.C., earlier this year to “receive an award for my strong support of Israel in commemoration of her 70th anniversary as a nation.”

Moore said other than expenses, he was not paid for the appearance. He said he “did not know Sacha Cohen or that a Showtime TV series was being planned to embarrass, humiliate, and mock not only Israel, but also religious conservatives such as Sarah Palin, Joe Walsh, and Dick Cheney.”

He then went after Cohen directly.

“I don’t need Sacha Cohen to tell me who America is, but I can tell him that America is a proud Nation which sprang from humble beginnings and a strong belief in God, virtue, and morality,” he said. “As an American, I would never hide my identity and deceive others only to mock and ridicule them as this Showtime Series is designed to do.”

Moore then suggested he might take legal action against Cohen and the Showtime network, while alluding to his other controversial lawsuits against women who have accused him of sexual misconduct.

“I am involved in several court cases presently to defend my honor and character against vicious false political attacks by liberals like Cohen. If Showtime airs a defamatory attack on my character, I may very well be involved in another.”

He then compared the possible legal battle with his stint in the military during the Vietnam War.

“It’s been a long time since I fought for my country in Vietnam. I’m ready to defend her again!” he wrote.

Cohen hasn’t publicly commented on the tweet, but after Sarah Palin called his humor “evil, exploitive [and] sick,” he posted a rebuttal tweet as Billy Wayne Ruddick Jr, Ph.D, a character from the new show.

Palin said Cohen duped her by disguising himself as a disabled veteran who was making what she called a “legit Showtime historical documentary.”

The former governor added she sat for a long interview before finally deciding she had enough. She then accused Cohen’s team of making her miss her flight back to Alaska.