Home » Politics » Scott Pruitt’s Replacement To EPA Staff: ‘My Instinct Will Be To Defend Your Work’ 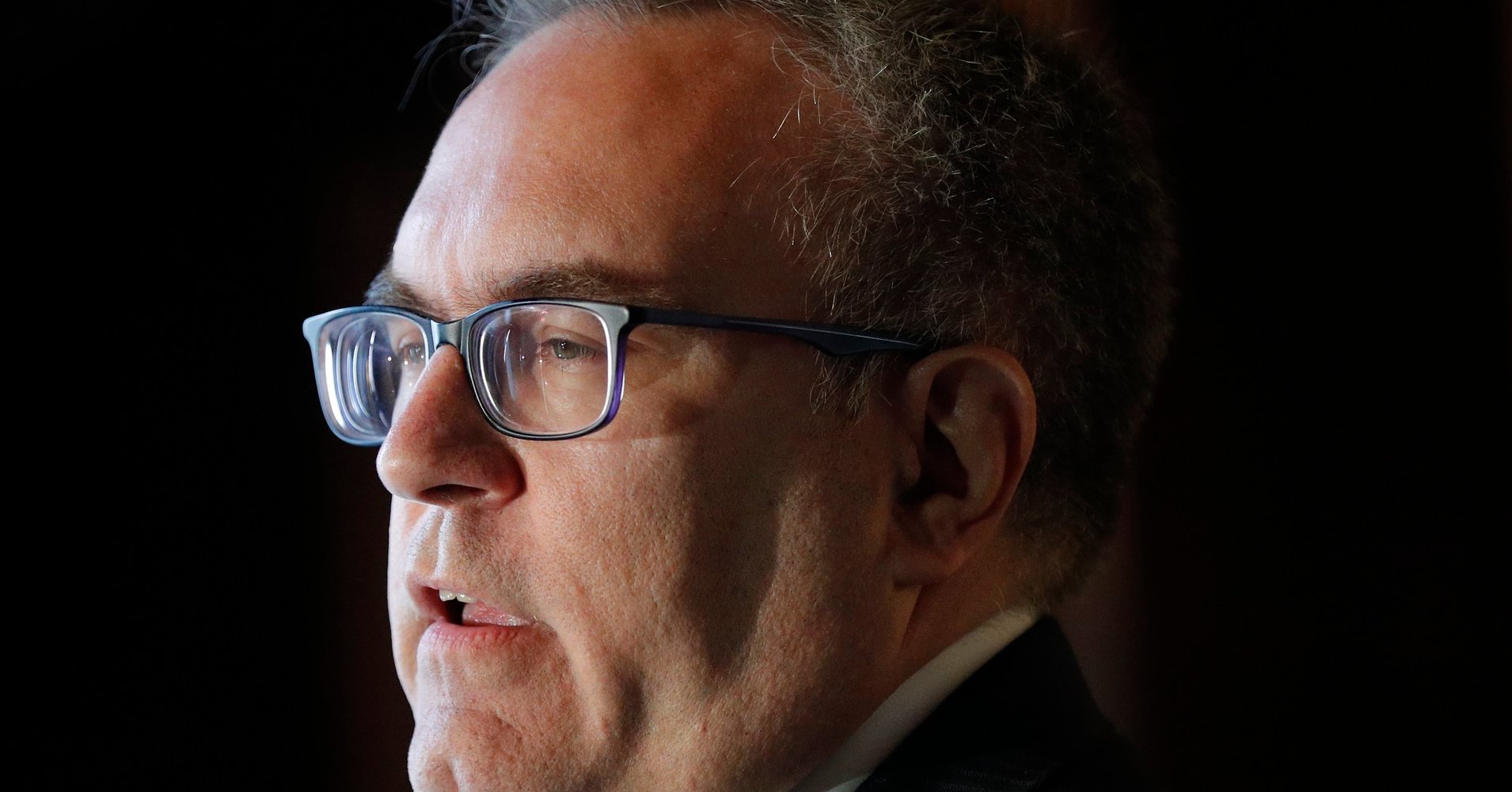 Scott Pruitt’s Replacement To EPA Staff: ‘My Instinct Will Be To Defend Your Work’

“Just like me, you came to EPA to protect the environment,” Wheeler said, adding that he considers it a “privilege” to “lead the agency in its vital mission of protecting human health and the environment.”

“I value your input and feedback, and you will find me and my team ready to listen,” he added. “My instinct will be to defend your work, and I will seek the facts from you before drawing conclusions.”

His comments at the agency’s headquarters in Washington appeared aimed at restoring order to the scandal-plagued EPA. Pruitt resigned on July 5 amid mounting ethics scandals and at least 18 federal investigations.

Wheeler, a climate change skeptic and a former coal lobbyist, applauded the “tremendous progress” made during Pruitt’s tenure, including investments in water infrastructure and cleaning up Superfund sites. Wheeler promised to build on those accomplishments and continue “reining in federal regulatory overreach.”

Trump delivered a clear message in a call last week, Wheeler said, to ask him to take over the agency. “He said, ‘Clean up the air, clean up the water and provide regulatory relief,’” Wheeler said. “I think we can do all of those things at the same time.”

He took the opportunity Wednesday to defend himself against what he jokingly described as “flattering” press reports about his time as a coal lobbyist. He said he was “proud of the work” he did for coal baron Bob Murray, which he claimed primarily focused on helping retired mine workers obtain pension and health care benefits.

“I don’t think that story has been out there,” he said.

As a lobbyist for Murray Energy, Wheeler helped the company challenge environmental regulations, including the Obama-era Clean Power Plan, and sow doubt about the science of climate change, as HuffPost previously reported.

In a statement Wednesday, Denise Morrison, the acting president of the American Federation of Government Employees Council 238, said that while Wheeler “will be more disciplined than his predecessor,” his speech was “simply a superficial attempt to plug the leaks and quell the dissent.”

“A successful coal lobbyist doesn’t change his stripes,” she added. “He will continue to champion deregulation and permit big polluters to evade compliance altogether.”