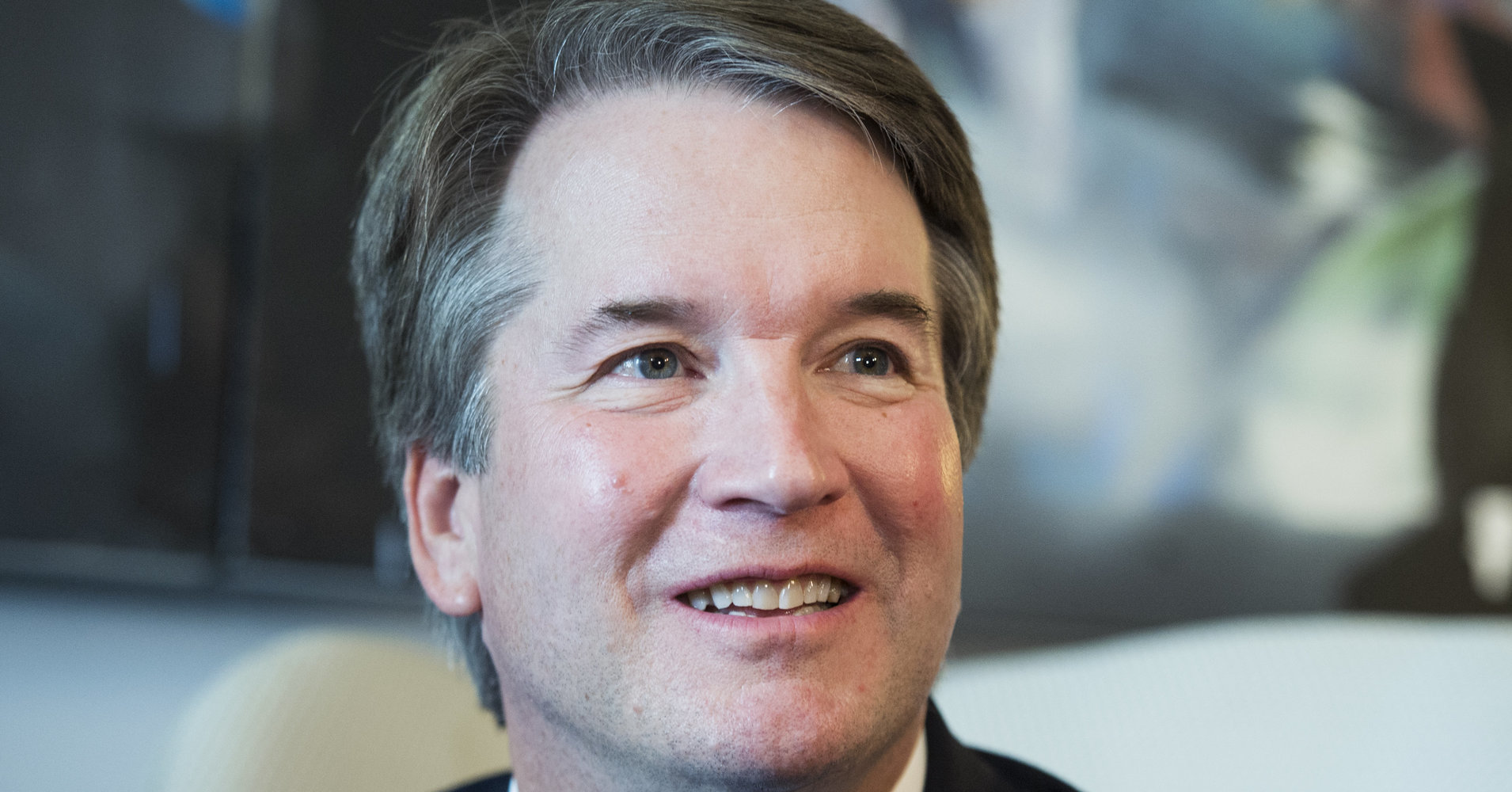 The Selling of Judge Brett Kavanaugh

The 10 days since President Donald Trump nominated Brett Kavanaugh to join the Supreme Court have seen a coordinated campaign to cast the judge as distinguished, impartial and moderate. That has included glowing op-eds from left and right in The New York Times and The Washington Post, and quotes from his former clerks about his love of football and how he ”will never, ever go wobbly.” Kavanaugh even appeared at a photo-op feeding the homeless.

This is, of course, no coincidence. Shortly after Trump announced Kavanaugh’s nomination, political reporters received an email from CRC Public Relations. “Would you be interested in speaking with any of Judge Kavanaugh’s former clerks or any legal experts that can help with your stories?” it began, and included a link to a list of quotes describing Kavanaugh as “wonderful,” “brilliant” and “incredible.”

CRC Public Relations is a staple of the conservative public affairs ecosystem. The firm, originally called Creative Response Concepts, was founded in 1989 but first achieved prominence in 2004, when it coordinated the Swift Boat Veterans for Truth campaign, a nationwide PR and advertising campaign to cast doubt on Democratic presidential candidate John Kerry’s war record.

Since then, CRC has been behind the curtain for nearly every conservative cause, including the National Organization for Marriage, the Family Research Council and the Republican Party itself. During the development of the Affordable Care Act, current Florida Gov. Rick Scott tapped CRC to help roll out ads describing the horrors of socialized medicine in Canada and the United Kingdom. In 2009, as America debated the appointment of Sonia Sotomayor to the Supreme Court, CRC reportedly sent more than 60 emails to a Washington Post reporter offering editorials, quotes describing the justice as an extremist and “a Web posting accusing Obama of race-baiting in selecting her.”

Though few are publicized on its website, CRC’s links to the conservative movement are numerous. Its current president, Greg Mueller, was communications director for conservative Pat Buchanan during his 1992 and 1996 Republican presidential campaigns. Eugene B. Meyer, the president of The Federalist Society, a conservative legal group that developed a list of judicial nominees for Trump, told The New York Times in 2005 that he received media training from CRC. Last year, Republican strategist and Trump spokeswoman Kellyanne Conway sold her polling company to the firm.

CRC’s role in the campaign to confirm Kavanaugh, too, appears to go beyond pitch emails. The Judicial Crisis Network, a conservative legal organization that reportedly spent $10 million on the campaign to confirm Supreme Court Justice Neil Gorsuch last year, has already announced $3.8 million in spending to air pro-Kavanaugh ads in Alabama, Indiana, North Dakota and West Virginia — states where senators could be wavering on their confirmation vote. According to the group’s most recent tax filing, the Judicial Crisis Network paid CRC $1.4 million for public relations from July 2015 through June 2016. The “about” page of the Judicial Crisis Network’s website directs queries to CRC.

Requests for comment for this article to CRC Public Relations, the Judicial Crisis Network and former Kavanaugh clerks were not returned. While their campaign to confirm Kavanaugh is largely taking place behind the scenes, it offers a glimpse of America’s political future. 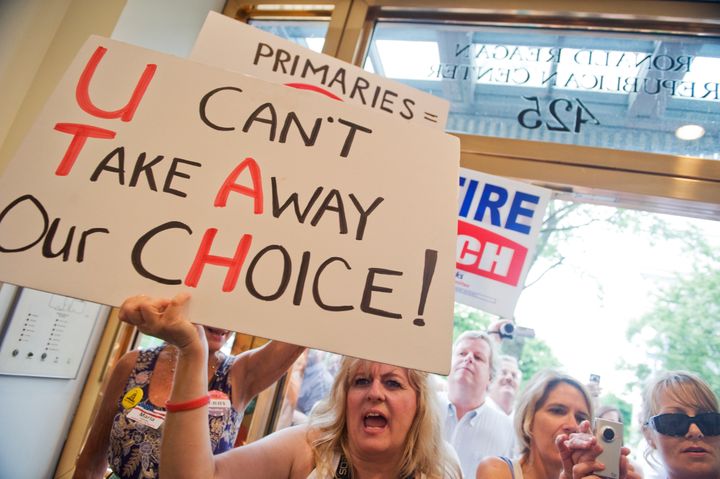 The last 10 years have seen an explosion in the number and an increase in the sophistication of private actors seeking to affect public opinion on political issues. From op-eds in local newspapers to interviews on cable news, many of the arguments and personalities held up before the public as impartial commentators are, in fact, put there by PR firms on behalf of corporations, political figures or wealthy individuals.

Like CRC Public Relations and the Judicial Crisis Network, the vast majority of these are not obligated to reveal who is funding them.

“It’s mobilizing a mass campaign that appears independent,” said Brendan Steinhauser, a partner at the Texas-based PR firm Steinhauser Strategies and a former campaign director for FreedomWorks, a conservative “grassroots service center.” Political PR firms act like a facilitator, identifying existing constituencies, such as church leaders, student activists and interest groups, and then channeling them into the political process and magnifying their effect, Steinhauser said. During the debate over the Affordable Care Act, Steinhauser organized protests at senators’ offices, filmed them and sent the footage to reporters. None of the protesters were paid, but Steinhauser made it easier for them to show up and make more of a spectacle when they did.

If these sound like the tactics of any political organizer, regardless of ideology, that’s because they are. The ACLU and Planned Parenthood, after all, also mobilize their base and create ready-made spectacles for reporters. Amy Fried, a University of Maine researcher and the author of Pathways to Polling: Crisis, Cooperation, and the Making of Public Opinion Professions, said that what has changed in recent years is the sheer scale of these efforts on the political right. She contrasts the tea party movement, which was backed by billions of dollars in behind-the-scenes donations from major donors, with Occupy Wall Street, which received nearly no institutional support.

“It’s not as if the Koch brothers were paying people to be in the tea party,” she said. “But there was a strong, well-funded set of institutions that helped organize the tea party and promote their message. That’s not happening to the same extent on the left. It’s a much more loosely organized grassroots type of organization. They work together, but it’s more spontaneous.”

This is increasingly what money in politics looks like: not just television ads and brightly colored billboards, but behind-the-scenes efforts to push candidates, issues and ideas into the mainstream of American politics.

“It goes beyond the decisions that get made,” said Edward Walker, a researcher at the University of California, Los Angeles, and the author of Grassroots for Hire: Public Affairs Consultants in American Democracy. “It’s about who sets the agenda.”

This manifests, Walker said, in which issues get debated and how they’re framed. A dark-money PR push can take formerly “fringe” candidates mainstream and put previously unthinkable regulations up for debate.

“It’s a more subtle form of power,” Walker said, “but a very significant one.” 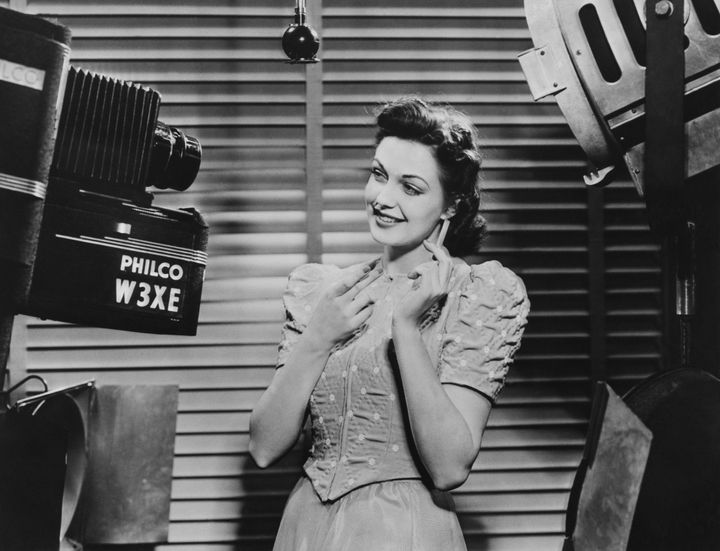 None of this is new, of course. In the 1920s, cigarette companies got female smokers to show up for a “Torches of Freedom” march, ostensibly to demonstrate their right to smoke in public. The first real boon for the “grassroots for hire” field was an industry-funded backlash to environmental preservation and consumer protection laws of the 1970s and 1980s.

And the first Gulf War was famously sold to the American public by PR firms using amplified — and untrue — anecdotes about Iraqi soldiers murdering innocent babies.

What is new, though, is the sophistication of these tactics and the sheer number of policy debates into which they’re deployed. Public affairs firms rigorously hone their messages through focus-group testing like cereal box slogans.

The campaign around Kavanaugh, for example, meticulously stresses his qualifications, his impartiality and, especially, his support of women. Eighteen of his female former clerks signed an open letter stating that he “has been one of the strongest advocates in the federal judiciary for women lawyers.” These messages are specifically targeted at wavering Republican and Democratic senators and meant to convey the idea that he would not overturn Roe v. Wade.

Technology has accelerated this process, allowing campaigners to connect directly with reporters through social media. “Journalists hang out on Twitter, so I hang out there, too,” Steinhauser said. “If I find out that a reporter is a Notre Dame alum, I’m going to use that.”

As local newsrooms have laid off staff, journalists have had less time to check facts and identify sources, making them more reliant on PR firms and “fixers” to set up interviews and supply them with information.

Partly as a result, public affairs firms offer increasingly specialized services to capture the country’s attention. Boutique firms offer services to gather signatures for ballot initiatives, set up front groups, run PAC ads and convince existing constituencies to lend their names to campaigns. Most of these activities take place far behind what citizens see on front pages and ballots.

No matter the method, the goal is to make it seem as if ideas are spreading and movements are forming organically. “My Uncle Bobby posting something on Facebook is much more convincing than anything coming from a PAC or a PR firm,” Steinhauser said.

But the dark PR arts also have limits. A Gallup poll this week showed that Kavanaugh began his campaign to become a Supreme Court justice with less public support than any candidate since George W. Bush nominee Harriet Miers in 2005. “People are pretty firm in their views about Trump and Republicans,” Fried said.

But this might not matter. The next best thing to changing public opinion, Fried said, is making it look like it’s changed. CRC Public Relations doesn’t have to make us like Kavanaugh. It just has to tell us, over and over, about how many other people already do.