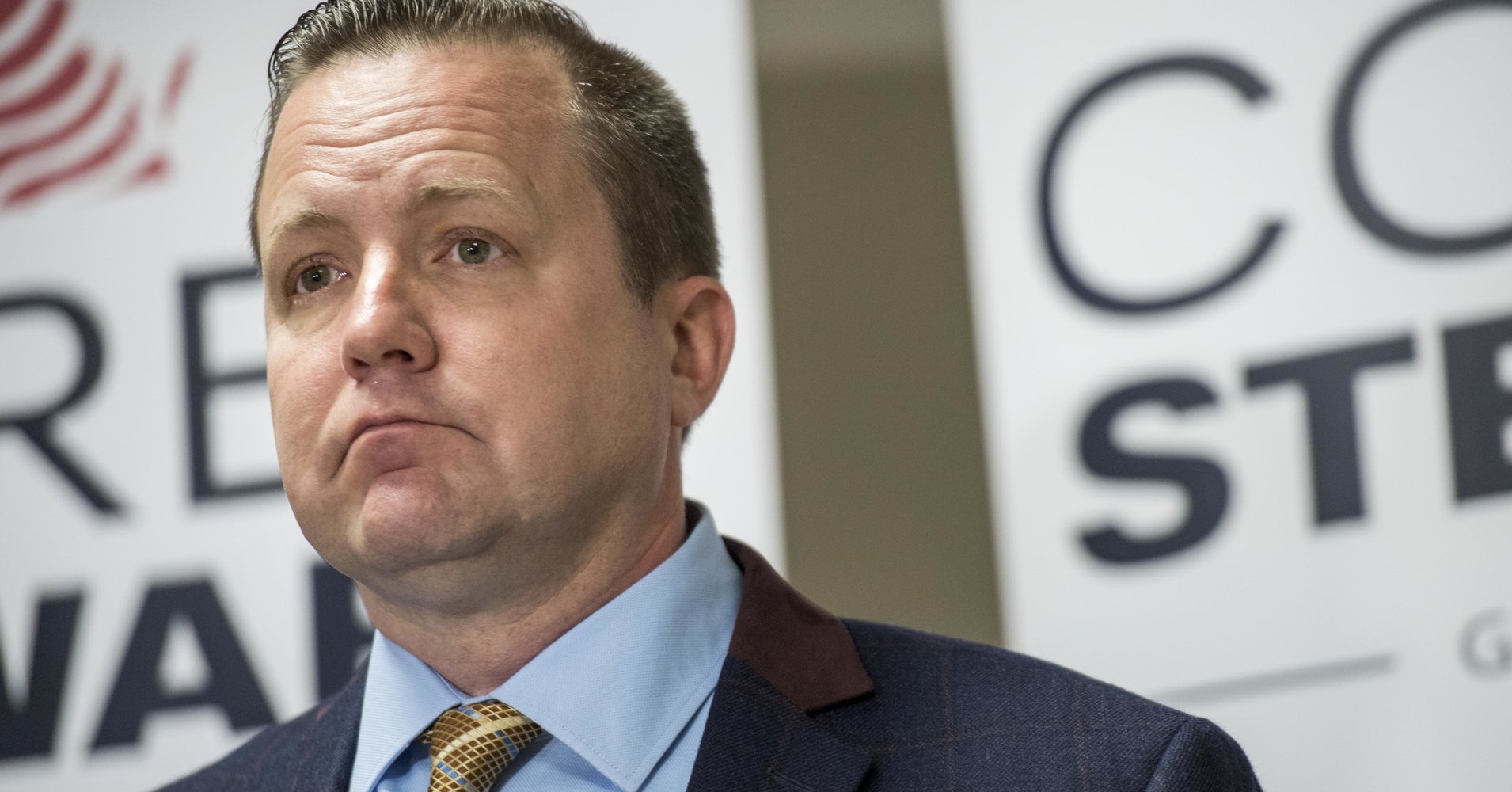 During a weekend debate against incumbent Sen. Tim Kaine (D-Va.), Stewart declared: “We have a president who is standing up to the Russians.”

That got a loud chuckle from Kaine ― and from people in the audience.

The Confederate flag-saluting challenger tossed out the praise for President Donald Trump as he criticized Kaine for his response to Russian hostilities, including its takeover of Crimea, during the Obama administration.

Trump has been assailed by Democratic and GOP lawmakers for a disastrous press conference with Russian President Vladimir Putin in Helsinki, in which he gave credence to Putin’s denials that Russia intervened in the 2016 election.

Trump later said he accepted U.S. intelligence findings that Russia worked to disrupt the election, and tried to claim that he misspoke. He later invited Putin to visit Washington.

“President Trump is caving to the Russians,” Kaine ― Hillary Clinton’s running mate in the 2016 presidential election ― said at the debate, according to Richmond.com. “He believed Vladimir Putin even over the hardworking and patriotic Americans who have concluded that Russia is attacking our election.”