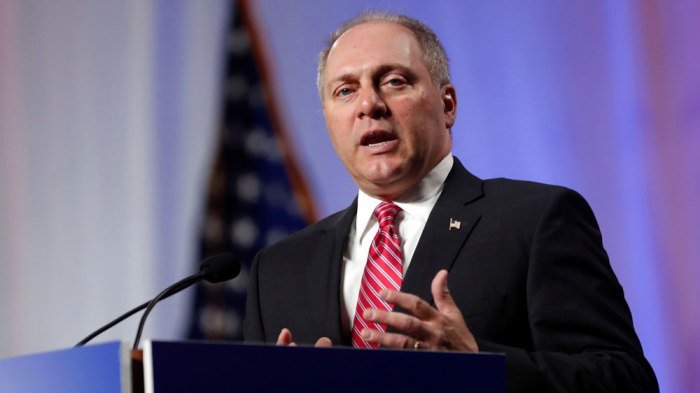 WASHINGTON — House Majority Whip Steve Scalise (R-La.) has once again introduced legislation that would repeal regulations that mandate that cable and satellite operators seek broadcasters’ permission before carrying their signals.

Scalise introduced similar legislation in previous years, but they did not go far, given fierce opposition from broadcasters. It essentially would do away with retransmission consent, which has proven to be a lucrative revenue stream for stations and broadcasters. Another provision that would be eliminated is one that mandates that multichannel operators carry broadcast signals. Stations have the option to choose between the retransmission consent or must-carry provisions.

Dennis Wharton, spokesman for the National Association of Broadcasters, said the proposed legislation would “severely damage broadcasters’ ability to serve local communities and hurt tens of millions of viewers who rely every day on broadcast TV for news, entertainment, and lifeline weather coverage.”

Scalise said the laws, adopted in the 1990s, no longer make sense in a changed marketplace.

“Innovation tends to follow the path of least government resistance,” he said in a statement. “For proof, look no further than the growth of online streaming services that are operating in a completely free market, while competing against other platforms that are regulated as if they were still monopolies from the 1990s. My legislation will level the playing field so consumers can benefit from even more freedom in the video marketplace.”

Suffice it to say, the cable industry likes the legislation.

“Nothing short of sweeping action is necessary in today’s marketplace where outdated regulations permit the large corporate broadcasters to take advantage of small cable operators and their customers,” said Matthew Polka, the CEO of the American Cable Association, which represents smaller cable operators.