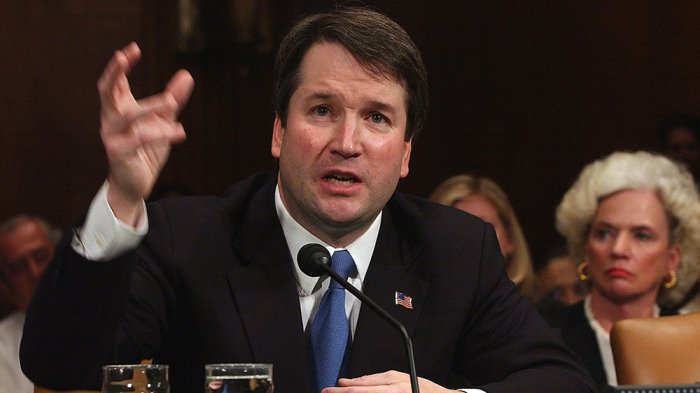 WASHINGTON — President Trump’s Supreme Court nominee Brett Kavanaugh may be a bit ambiguous in where he stands on some highly divisive issues, but he made it very clear last year how he feels about the government’s net neutrality rules.

He’s not only certain that the FCC lacks authority to impose the regulations, but that such rules violate the First Amendment.

In a dissent last year, he wrote that “Supreme Court precedent establishes that Internet service providers have a First Amendment right to exercise editorial discretion over whether and how to carry Internet content.” He added that the government “may interfere with that right only if it shows that an Internet service provider has market power in a relevant geographic market.” That was something the FCC did not do, he noted.

At the time, the D.C. Circuit Court of Appeals upheld the FCC’s 2015 net neutrality rules, in which internet service providers were reclassified as common carriers. That was the regulatory foundation that the agency established to impose a robust set of net neutrality rules, including those banning ISPs from blocking or throttling traffic, or from selling off “fast lanes” for speedier access to consumers.

Kavanaugh found fault with the FCC’s rationale, and based it on the Supreme Court’s analysis in a previous challenge to agency regulation. That was a protracted legal battle over the FCC’s “must carry” rules that led to two Supreme Court decisions, in 1994 and 1997, referred to as Turner Broadcasting vs. FCC I and II. The rules at issue mandated that cable operators carry certain local and public television stations.

In those decisions, Kavanaugh pointed out, the high court determined that “the First Amendment does not allow the FCC to treat Internet service providers as mere pipeline operators rather than as First Amendment-protected editors and speakers.” The justices ultimately upheld the must-carry regulation, but only after determining that “cable operators’ market-distorting monopoly power justified government intervention,” Kavanaugh noted. In other words, short of some sort of showing that an ISP had undue dominance in a market, net neutrality rules fail to withstand First Amendment scrutiny.

Last year, US Telecom and AT&T, among the industry plaintiffs, asked the Supreme Court to review the case. But it may be moot given that the FCC, under a new Republican majority, in December repealed most of the 2015 rules.

Kavanaugh’s position, however, will be highly relevant as state attorneys general and public interest groups challenge that repeal. That newer litigation could ultimately end up at the Supreme Court.

In the nearer term, Democrats see net neutrality as a potent issue for the midterms, and they started highlighting Kavanaugh’s views last week. Last week, Senate Minority Leader Chuck Schumer wrote that Kavanaugh “frequently sides with powerful interests rather than defending the rights of all Americans like when he argued that the FCC’s #NetNeutrality rule benefiting millions of consumers was unconstitutional.”