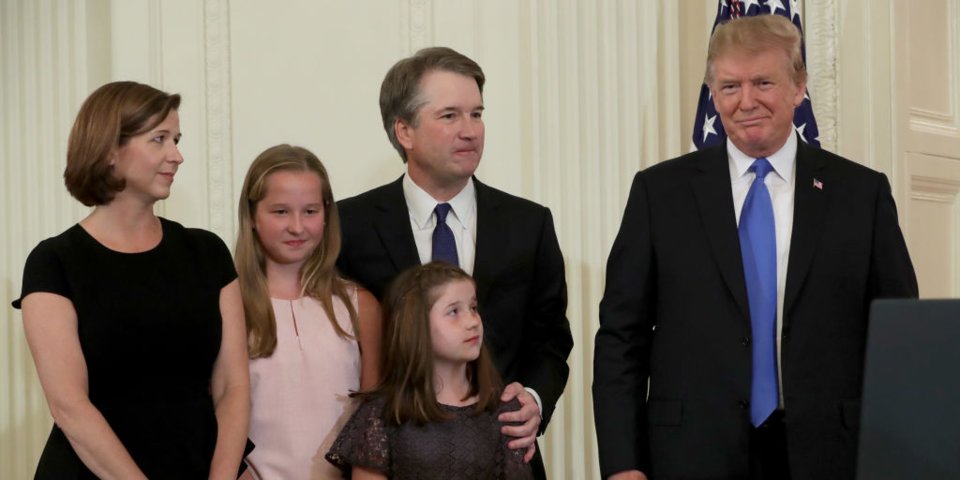 Supreme Court nominee Brett Kavanaugh's stance on Roe v. Wade could be hinted at in an undocumented teen's abortion case 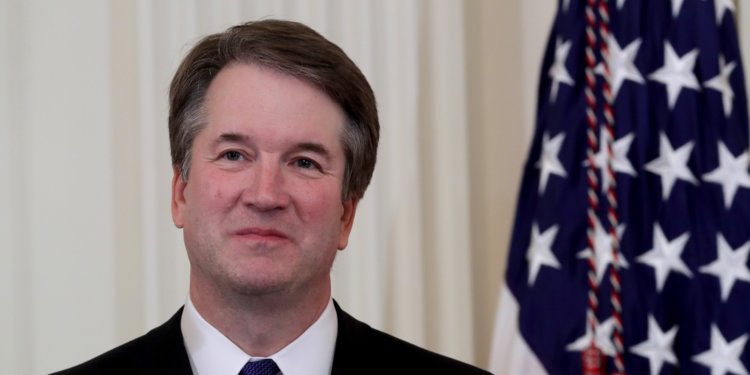 
Supreme Court nominee Brett Kavanaugh previously voted against giving an undocumented teen access to abortion in a key case, which may provide insight into his opinions of abortion rights in the US.

In a high-profile case involving abortion late last year, Kavanaugh wrote in dissent of a decision from the DC Circuit’s full bench to permit a 17-year-old undocumented immigrant to seek an abortion while in federal custody.

The Trump administration had denied the teen’s request, saying it did not want to be “facilitating” abortions for unaccompanied minors. Kavanaugh argued that the majority “badly erred” in their decision to allow the process anyway.

Donald Trump with Brett Kavanaugh and his family on Monday.
Chip Somodevilla/Getty Images


He characterized the ruling as creating a new right for undocumented immigrant minors in US custody to receive “immediate abortion on demand.”

Kavanaugh, along with two GOP-appointed colleagues wrote: “The Government has permissible interests in favoring fetal life, protecting the best interests of a minor, and refraining from facilitating abortion,” adding that the decision was “a radical extension of the Supreme Court’s abortion jurisprudence.”

This previous case may indicate how he could rule in future cases involving abortion.


The retirement of Anthony Kennedy, the justice whom Kavanaugh was chosen to replace, has prompted speculation that the Supreme Court could roll back abortion rights under the Trump administration.

Kennedy has long been a swing vote to in favour of abortion rights. Trump has said he would appoint a justice who would reverse Roe v Wade, a landmark 1973 case that granted women in the US the right to have abortions across the country.

During a hearing on his nomination to the DC Circuit Court of Appeals, Kavanaugh declined to give his personal opinion on Roe v Wade, saying only that he would uphold the Supreme Court’s current decision on the case.

Watch the exchange below:

In October 2016, then-candidate Trump said when asked about whether he would overturn Roe v Wade: “If we put another two or perhaps three justices on, that’s really what’s going to be — that will happen.

“And that’ll happen automatically, in my opinion, because I am putting pro-life justices on the court. I will say this: It will go back to the states, and the states will then make a determination.” 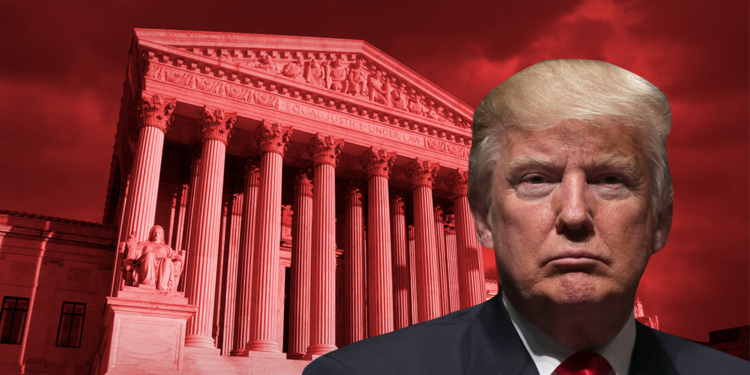 According to the Judicial Common Space, which scores US justices and judges on their ideology, Kavanaugh’s ideology falls to the right of Justices Gorsuch and Samuel Alito, but to the left of Clarence Thomas.