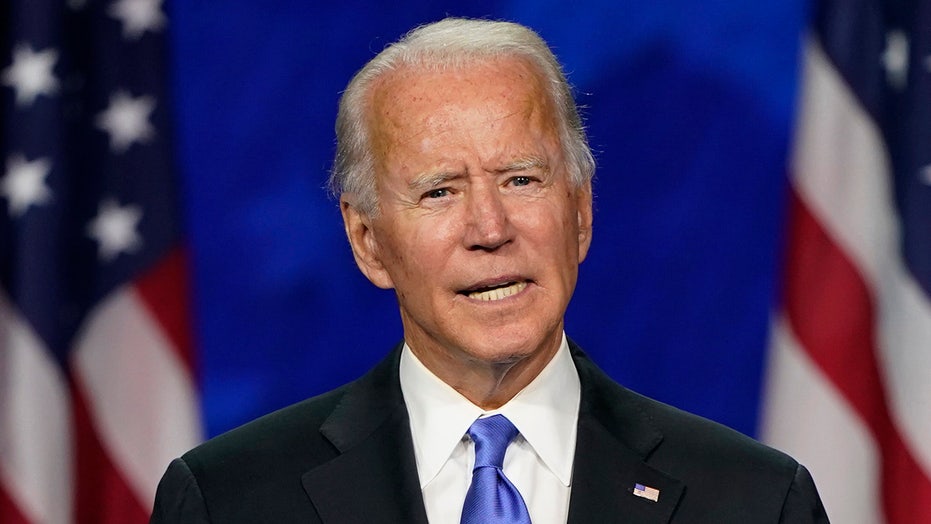 Some tech-savvy trolls are working their mischief on the dueling presidential campaigns, sending them web traffic from unlikely — and unwanted — sources.

As social media users have noted recently, type Antifa.com in your browser, and it re-directs to JoeBiden.com.

And if one tries Mini-Strokes.com, it goes to DonaldJTrump.com.

In both cases, the origin of the re-direction — and who is responsible for it – remains unknown, though it appears to be the work of trolls having fun at the expense of the nominees.

In the case of Antifa.com, it comes as Republicans are using it to hit Democratic nominee Joe Biden over his response to violent protests.

As for Mini-Strokes.com, that site popped up after President Trump on Tuesday denied on Twitter that he had "a series of mini-strokes" after the unfounded #TrumpStroke hashtag trended on Twitter.

Author Don Winslow previously claimed Trump had "mini-strokes" in August, something the White House has vigorously denied, but the claim resurfaced after a new book said Vice President Mike Pence was once "on standby to take over the powers of the presidency" if Trump had to go under a procedure.

No group, Republican or Democrat, has acknowledged buying the Antifa.com domain and there’s no easy way to trace where the redirect came from.

The Biden campaign could not be reached for comment by Fox News to see if they were aware of the mysterious re-direction.

But it has been flagged on social media in recent days by Republicans, including Texas Sen. Ted Cruz who tweeted Monday, "Click on: http://antifa.com" adding, 'Tells you all you need to know…."

A Republican congressional candidate recently tweeted at Biden, asking, "Why, if you go to http://Antifa.com, does it take people to your campaign website?"

The Antifa.com redirect has occurred for about the past month, but at times the URL redirected users to kamalaharris.org and the self-described anarchist website itsgoingdown.org.

Antifa stands for “anti-fascist” and is a group that strongly opposes President Trump. Members of Antifa have been accused of hijacking protests against racial injustice and police brutality to make them violent and destructive.

Fox News spoke with Forrester Research Analyst Randy Heffner, who said that the Antifa.com domain name was associated with the registrar “namecheap.com” from 2002.

“This is a long time ago, but it doesn’t mean that whoever registered it back then was in any way associated with (or 'counter-associated' if you will) with Antifa,” Heffner said. “There are people in the market that prospectively acquire domain names, hoping that some future party will want to buy the rights to the domain name at an attractive price.”

The party listed as the owner of the domain is “WhoisGuard,” which is registered to a PO Box in Panama. Legal action would likely need to be taken with either Namecheap or WhoisGuard to divulge ownership info, Heffner said.

“All that said, even once a domain name is in operation, various kinds of hacks could nefariously redirect it from its intended destination to one of the hacker’s choosing,” Heffner said.

There's a history of the Trump and Biden teams using domain names to battle each other: In the new era of digital election battles, the Biden and Trump campaigns have found new ways to troll each other buying the domain of their opponent's campaign slogans.

Just after the Biden campaign rolled out a Latino voter program, the Trump campaign bought the URL of its namesake, "Todos Con Biden." A visit to www.todosconbiden.com revealed a message in both English and Spanish: “Oops, Joe forgot about Latinos. Joe is all talk.” The only link on the page redirects visitors to the Trump campaign’s Latino outreach site, “Latinos for Trump.”

The Biden campaign returned fire by buying up vamostovictory.com. Trump used that phrase last month during a series of campaign events in Texas which was dubbed the "Vamos to Victory," tour.  Typing in vamostovictory.com redirects to trumpwinswelose.com.

Berniesander.com, one letter short of the name of Biden's most formidable opponent, now also redirects to a site asking donors to "Give now to elect Joe Biden and Defeat Donald Trump." There is no proof that the Biden campaign is behind the website.