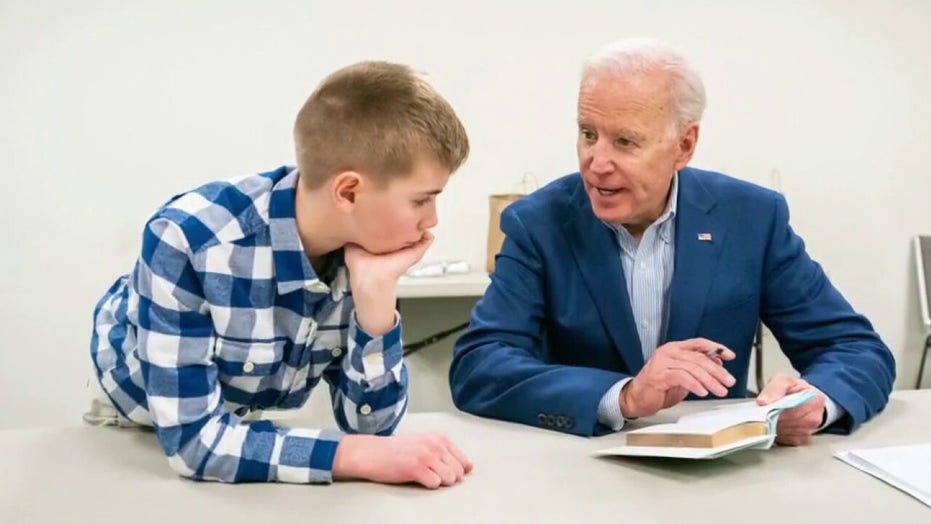 He has a voice – and he shared it Thursday night.

The 13-year-old New Hampshire boy who bonded with Joe Biden at a campaign stop over the fact that they both stutter delivered a heartwarming speech during the Democratic National Convention Thursday night.

“Without Joe Biden, I wouldn’t be talking to you today,” Brayden Harrington said in a video that aired during the virtual event. “About a few months ago, I met him in New Hampshire. He told me that we were members of the same club: We stutter.”

ANDREW YANG IN DNC SPEECH: 'WE ARE IN A DEEP, DARK HOLE'

Brayden met Biden in February outside a campaign event and, after a brief chat, was invited to join the candidate backstage, where their conversation about growing up with a stutter continued.

“It was really amazing to hear that someone like me became vice president,” he said.

Biden, now officially the Democratic presidential nominee, shared an anecdote with the boy about reading aloud the poetry of William Butler Yeats to overcome his own stutter.

“He showed me how he marks his addresses to make them easier to say out loud,” Brayden said in the video. “So I did the same thing today. And now I’m here, talking to you.” 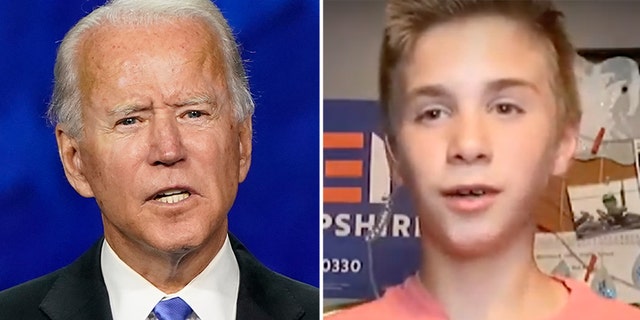 The teen struggled at times, visibly caught up in his stutter, but he overcame it and finished the speech by appealing to voters to support the Biden-Harris ticket in November.

“I’m just a regular kid, and in a short amount of time, Joe Biden made me more confident about something that’s bothered me my whole life,” he said. “Joe Biden cared. Imagine what he could do for all of us.”